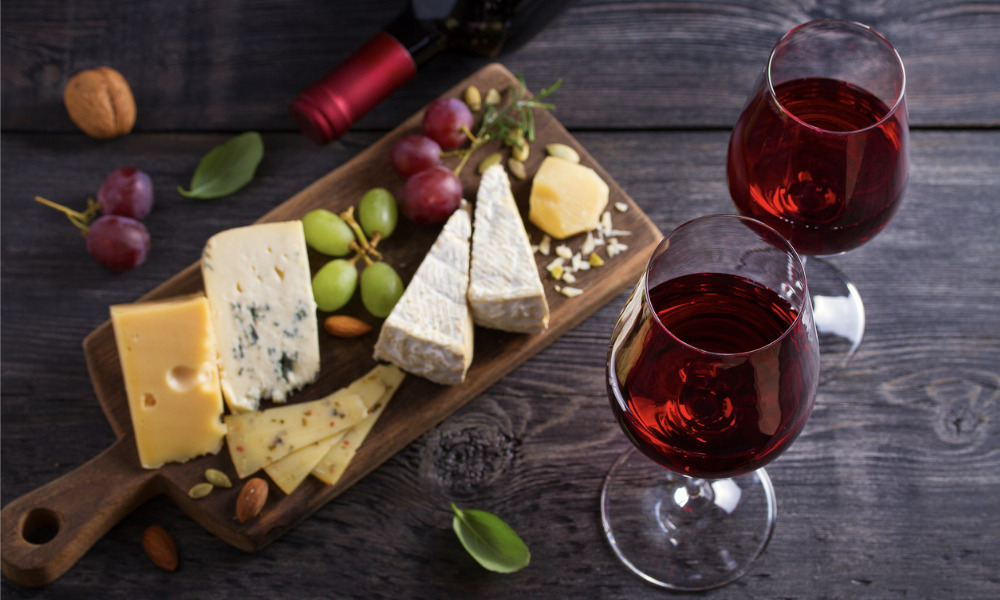 The Wine and Cheese Solution

Beth Fontenot, MS, RD, LDN
Certain foods help you stay sharp mentally, and cheese and wine are among them. Moderation still matters, though.

The effects of diet on brain health are hard to identify because cognitive changes in healthy adults are small, subtle and occur over a long period of time. Genetics may also play a role.

There is still more to learn about changes in our diets that could keep our brains healthy, but cheese and red wine seem like a good place to start.

But there are some clear connections between nutrition and mental health. Vitamin deficiencies can cause depression and memory problems. A low carbohydrate, high fat diet helps control seizures in children with epilepsy, and the Mediterranean diet seems to provide some protection against depression and anxiety.
ADVERTISEMENT
In a first-of-its-kind study, Iowa State University researchers examined the influence specific foods had on mental acuity. They collected information from a large-scale biomedical database in the United Kingdom. Nearly 1,800 adults, from ages 46 to 77, in the United Kingdom participated in the study. They took a Fluid Intelligence Test at baseline in the form of a touchscreen questionnaire. Two follow-up tests were conducted over the course of the study which provided an assessment of each person’s ability to “think on the fly.”

Cheese was shown to be the best food at protecting against mental decline due to aging, even late in life. Drinking alcohol, particularly red wine, on a daily basis was linked to improvements in mental function.

Eating lamb once a week also improved long-term mental performance, but other red meats did not have any effect. Though too much salt is not good for anyone, added salt appears to put people already at risk for Alzheimer’s disease at even greater risk.

“Depending on the genetic factors you carry, some individuals seem to be more protected from the effects of Alzheimer’s, while others seem to be at greater risk,” said researcher, Brandon Klinedinst of the Iowa State Food Science and Nutrition Department, in a statement. “That said, I believe the right food choices can prevent the disease and cognitive decline altogether. Perhaps the silver bullet we're looking for is upgrading how we eat. Knowing what that entails contributes to a better understanding of Alzheimer's and putting this disease in a reverse trajectory.”

ADVERTISEMENT
There is still more to learn about changes in our diets that could keep our brains healthy, but cheese and red wine seem like a good place to start. However, moderation is key with both.

The study is published in the Journal of Alzheimer's Disease.