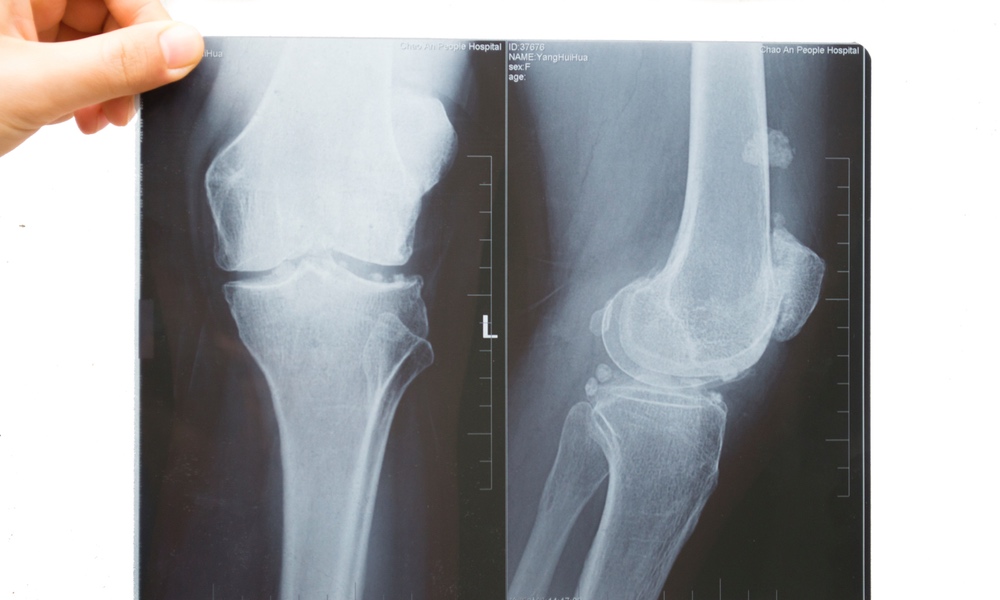 Does Bone Strength Begin in the Brain?

Neil Wagner
Researchers have succeeded in making bones denser and stronger in the lab. The key appears to be a protein in the brain.

Researchers have now produced bones in the lab that are so strong, they nearly broke the machine used to test the bones' strength. Colleagues say they have never seen anything like it.

Not only does the study — of mouse bones — provide new insight into how the body manufactures bone, it points to a totally new approach to strengthening fragile old bones, offering hope to people suffering from osteoporosis, a group that includes a large proportion of post-menopausal women.

People's bones are always in flux, with new bone being laid down while old bone is being removed. As people age, the balance shifts towards bone removal.

It all started when a brain researcher at the University of California San Francisco noticed that a genetic modification in the mice she was working with had caused them to become heavier and less active. She expected that the weight gain came from extra fat or muscle, but closer investigation revealed that it was due to increased bone mass.
ADVERTISEMENT
These mice had much heavier bones than normal, up to eight times, but they were also super strong and super-dense. The mice maintained these bone changes well into old age, but they only happened in female mice.

Nearly one in three post-menopausal women in the United States and Europe suffer from weakened bones, and the damage from bone loss can be even more devastating in men, so the next thought was whether the new discovery might help men.

The genetic modification that had enabled the mice to produce these super strong bones eliminated an estrogen binding protein — a protein to which estrogen will attach — in nerve cells in the hypothalamus of the mouse brain. Researchers narrowed this down to a group of a few hundred brain cells deep in the brain, in a region called the arcuate nucleus.

Estrogen in the blood is well-known for promoting bone growth in women — that's why post-menopausal women with their declining estrogen levels are at risk for developing weakened bones.

But estrogen binding to brain cells and affecting bone growth was something new. Published literature was no help — nothing like this had previously been reported.

ADVERTISEMENT
People's bones are always in flux, with new bone being laid down while old bone is being removed. As people age, the balance shifts towards bone removal, often leaving a person with weakened bones. Shifting the balance back to what it was like in younger days is a therapeutic goal.

Having super-dense bones wasn't particularly helpful to the mice. They weren't moving around as well as they used to, but if this effect could be tempered, it could possibly combat osteoporosis.

The researchers have been able to modify the process using older mice whose ovaries have been surgically removed. As a result, these mice have low estrogen levels which, in turn, cause their bone density to decline by more than 70 percent. But when the estrogen-binding protein from that tiny region of the brain was also removed, bone density rose by 50 percent in a matter of weeks. That's one promising result already.

According to the researchers, the process of building stronger bones is a lot more complicated than previously thought, at least in women. Estrogen appears to play two opposing roles: In the blood, it promotes new deposits of bone; and in the brain, where it appears to restrain bone formation. Clearly this discovery is not ready for use in people, but it holds promise.

The study appears in Nature Communications and is open access.