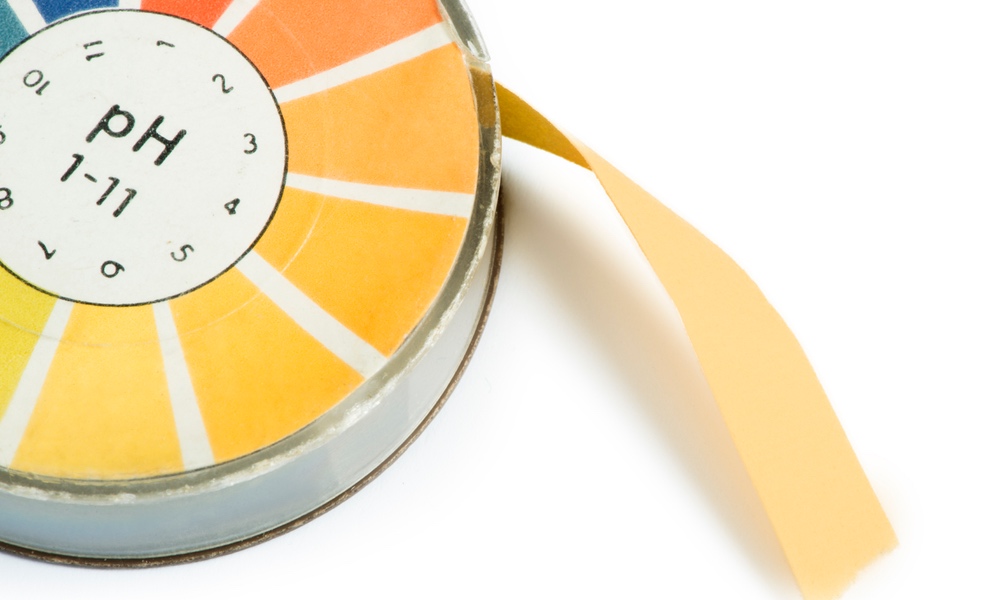 A Litmus Test for Longevity

Beth Fontenot, MS, RD, LDN
Subtle changes in pH balance can affect the longevity of older people — even if they are in good health.

All day, every day, your body performs a balancing act to keep its pH balanced. It’s a complicated procedure involving the kidneys and lungs. These organs work together to keep the pH in a healthy range. They constantly adjust the levels of a base, bicarbonate, and an acid, carbon dioxide, in the blood.

The lungs regulate carbon dioxide (CO2), which is an acid. To keep the body's pH in a healthy, normal range, if CO2 levels go down (acid), then bicarbonate (alkali) also has to go down.

Generally healthy older people with low levels of bicarbonate had a higher risk of death.

New research suggests that healthy older people may be at an increased risk of premature death if they have low levels of bicarbonate in their blood. Bicarbonate is produced in the body and keeps it from becoming too acidic or too alkaline.
ADVERTISEMENT
The pH scale ranges roughly from one to 14. Levels between one and six indicate acidity, and eight to 14 indicates alkalinity. Ideally, your body wants to stay in the 7.3 to 7.45 range – or neutral. At this level, cells remain healthy and function normally..

People who are critically ill and experience severe acid-base abnormalities usually don’t survive, but what hadn't been known is how subtle changes in pH balance can affect the longevity of older people who are in good health.

Researchers at the University of Utah collected information on the blood bicarbonate and pH levels of nearly 2,300 healthy seniors, aged 70 to 79, for an average of just over 10 years. They found that those with normal to high bicarbonate levels in their blood had a nearly equal risk of dying during follow-up. But low bicarbonate levels spelled trouble.

“What we found was that generally healthy older people with low levels of bicarbonate had a higher risk of death. Adding the pH measurement into the equation didn’t change the results, which is important because pH is not routinely measured,” lead researcher, Kalani Raphael, said. The risk of death increased by 24 percent for people whose bicarbonate levels were low.

Blood bicarbonate levels are often measured in patients, particularly with illnesses that affect the kidneys and lungs. These can affect bicarbonate levels in the blood, but this new information may help physicians identify otherwise healthy people who are at high risk for premature death.

ADVERTISEMENT
And this is where diet comes in. “[Low bicarbonate levels] could also be because of low intake of foods that produce bicarbonate in the body (like fruits and vegetables) or higher intake of acid producing foods (like protein).” Dr. Raphael explained in an email to TheDoctor.

“Foods that are high in citric acid would be ideal, because the citric acid (even though it's an acid) gets converted to bicarbonate in the liver,” he added.

Increasing the intake of fruits and vegetables could cause problems for those with kidney disease because of their potassium content, so kidney patients should do so only under the supervision of their physician or dietitian.

For otherwise healthy older people, these findings are yet another benefit of eating at least five fruits and vegetables a day, and another argument for reducing the amount of meat and animal protein in the diet.