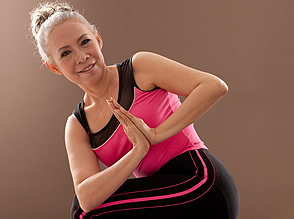 Esther Entin, M.D.
The prospect of dementia haunts people over 50, but what they ought to fear is apathy and inactivity.

The prospect of dementia haunts people over 50, but perhaps they ought to fear apathy and inactivity just as much. Losing interest in activities, having no identifiable feelings or emotions about events, and lacking the energy to participate in life are all symptoms of apathy.

Apathy can be connected with depression or other mental health disorders, or the result of physical illness, or the side effects of medication.

Apathy may be an early and underappreciated sign of brain changes that need surveillance and possible intervention.

Because it is so often seen in seniors, a group of researchers wondered if the brains of older people with apathy looked different from those without. What they found was that the brains of older people who felt apathy — a lack of interest or emotion — had smaller gray matter volume and less white matter.
ADVERTISEMENT
But it is not clear exactly how this relationship works or what it means. Is the loss of brain volume triggering apathy, or is it the other way around? The people in the study who showed signs of apathy did not have other diagnoses such as dementia or depression.
The Relationship Between Apathy and Atrophy

Researchers gave over 4300 seniors MRI scans. They also asked them a series of questions in order to identify those who met the criteria for apathy such as: Have you dropped many of your activities and interests? Do you prefer to stay at home rather than go out and do new things? Do you feel full of energy?

The mean age of the subjects was 76 years and 59% were women.

The fact that participants in our study had apathy without depression should turn our attention to how apathy alone could indicate brain disease.

“Apathy symptoms are common in older people without dementia. And the fact that participants in our study had apathy without depression should turn our attention to how apathy alone could indicate brain disease.”

The more symptoms of apathy a person had, the more abnormal was their MRI. The changes seen in the brain volumes may have been caused by neurodegenerative processes that attack the brain substance, or vascular changes which effect circulation to the brain.

The researchers themselves note that these findings do not offer a picture of cause and effect. What they observed may be part of the continuum of changes which ultimately may progress to dementia and depression, and apathy may be an early and underappreciated sign of brain changes that merits surveillance and possible intervention.

Apathy may in fact be caused by early, subtle problems with thinking and reasoning skills. The Canadian and Dutch researchers note that people with apathy, by nature, may not seek medical intervention for their condition. They recommend screening for apathy even in seniors who do not show symptoms of dementia or depression.

What Should Concerned Seniors Do?
ADVERTISEMENT

Much research has addressed ways to improve or slow decline in cognitive function in elderly patients. Strategies such as exercise, nutrition, tai chi, yoga, computer-based brain training and others have all been studied.

The best prescription for avoiding apathy and memory decline may be a familiar one — exercise. In fact, another recent study found that exercise can actually increase brain volume.

When researchers compared the brain volumes of the two groups, they found that the hippocampus, an area of the brain that is critical for memory and spatial orientation, increased in volume in the women doing aerobic exercise.

Half of a group of 70- to 80-year-old women engaged in a program of aerobic training; the other half did balance and resistance training. When researchers compared the brain volumes of the two groups, they found that the hippocampus, an area of the brain that is critical for memory and spatial orientation, increased in volume in the women doing aerobic exercise.

The benefits of aerobic exercise for the brain have been known for a while, but this study suggests it can have a positive impact on symptoms of memory loss and, in addition to slowing the course of decline, may actually reverse the process of brain degeneration.

Taken together, these two studies give us a clearer picture of the symptoms and brain loss associated with cognitive impairment. They can help us see warning signs of mental decline, such as apathy, earlier, when they may be easier to reverse, and they help us begin to identify the changes in brain volume and specific structure that are known to effect thinking and reasoning abilities.

Healthful diets, following medical advice to control known illnesses such as metabolic and cardiovascular disease, avoiding smoking, substance use, and excessive use of alcohol are all sensible approaches to keeping blood flow to the brain. Older adults concerned about keeping their minds as sharp as they can should make aerobic exercise part of their daily routine.