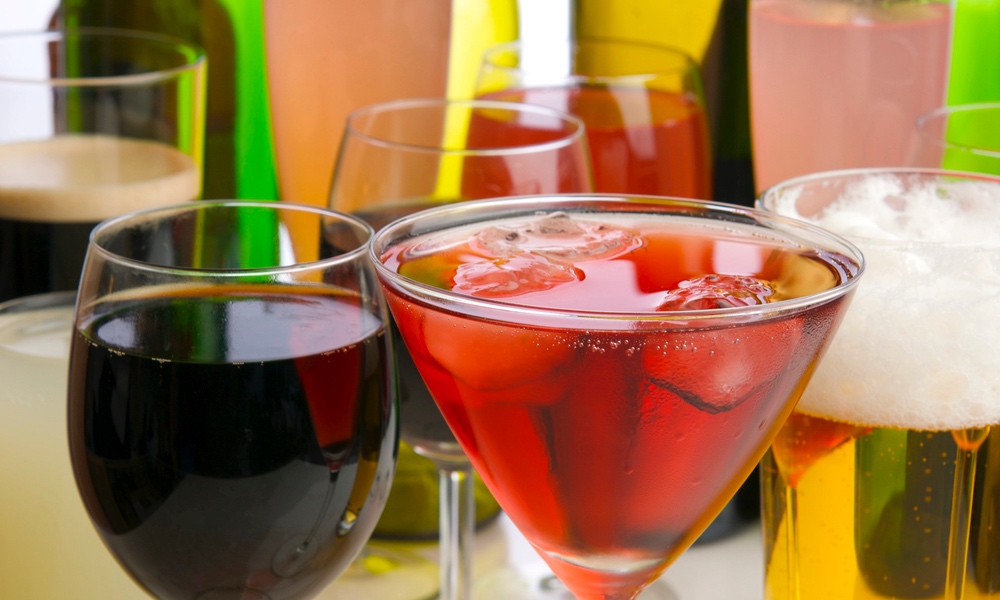 A Picture of Problem Drinking

Alcohol Use Disorder (AUD) is more common than most of us would guess. That's the message of recent national epidemiological study by the National Institutes of Health.

The disorder is diagnosed when a person meets any two of the eleven criteria set out by the American Psychiatric Association in their Fifth Edition of the Diagnostic and Statistical Manual of Mental Disorders (DSM-5), the standard classification system for mental disorders used by mental health professionals in the United States.

An overview to be used to inform public health programs and ultimately help decrease the individual and social burden of alcohol abuse.

If a person meets two or three of the DSM criteria, their AUD is designated as mild; when he or she meets four or five of the criteria, it is classified as moderate; and when there are six or more symptoms, it is severe.
ADVERTISEMENT
The National Institute on Alcohol Abuse and Alcoholism, part of the National Institutes of Health, recently did an epidemiological study on AUD to get a snapshot of alcohol use disorders — how common they are, who they most frequently affect, and the other mental and physical health problems associated with them. The idea was that this overview could be used to inform public health programs that target prevention, intervention and education, and ultimately help decrease the individual and social burden of this disorder.
Diagnostic Criteria for Alcohol Use Disorder

The DSM-5 criteria are:

1. Alcohol is often taken in larger amounts or over a longer period than was intended.

2. There is a persistent desire or unsuccessful efforts to cut down or control alcohol use.

ADVERTISEMENT
3. A great deal of time is spent in activities necessary to obtain alcohol, use alcohol, or recover from its effects.

4. Craving, or a strong desire or urge to use alcohol.

5. Recurrent alcohol use resulting in a failure to fulfill major role obligations at work, school, or home.

6. Continued alcohol use despite having persistent or recurrent social or interpersonal problems caused or exacerbated by the effects of alcohol.

7. Important social, occupational, or recreational activities are given up or reduced because of alcohol use.

ADVERTISEMENT
8. Recurrent alcohol use in situations in which it is physically hazardous.

9. Alcohol use is continued despite knowledge of having a persistent or recurrent physical or psychological problem that is likely to have been caused or exacerbated by alcohol.

10. Tolerance, as defined by either of the following:
a) A need for markedly increased amounts of alcohol to achieve the desired effect;
b) A markedly diminished effect with continued use of the same amount of alcohol.

11. Withdrawal, as manifested by either of the following:
a) The characteristic withdrawal syndrome for alcohol (refer to criteria A and B of the criteria set for alcohol withdrawal);
b) Alcohol (or a closely related substance, such as a benzodiazepine) is taken to relieve or avoid withdrawal symptoms.

The Impact of Alcohol Use Disorders

Alcohol use disorders can lead to disability, dysfunction, mental and physical illness, and death. They negatively affect those who misuse alcohol, and they affect their family members, peers, and colleagues as well as the strangers who become victims of alcohol related crimes or accidents.

There are a variety of interventions and treatments for alcohol use disorder including medications, support groups and therapies. Many people suffering from AUD do not receive timely and appropriate treatment, however. They may lack insurance coverage, fear stigmatization by family members, coworkers, and employers, or they may be unaware of treatment options and success rates. Many lack affordable and accessible programs in their geographic areas. AUD is both a personal and public health issue that needs more effective interventions than are currently available in much of the U.S.

A Snapshot of Alcohol Use in the United States

To get a picture of the kind of problem AUD poses today, NIH researchers interviewed over 36,000 non-institutionalized civilian adults who were at least 18 years old about their history of alcohol use. When they applied the DSM-5 criteria outlined above to their findings, 13.9% of adults met criteria for AUD in the preceding 12 months; and 29.1% had met the criteria at some time in their lives.

AUD is more common in men, higher in younger adults, and most severe among those with the lowest income levels.

The study found that AUD is more common in men, higher in younger adults, and most severe among those with the lowest income levels. Notably, the 12-month rate for severe AUD among 18-29 years olds is 7.1%.

Alcohol use can often be a form of self-medication for people suffering from anxiety, and panic disorder, generalized anxiety disorder and posttraumatic stress disorder are also common among men and women with alcohol use disorders.

People with AUD do not do as well in daily life. They scored lower on questions regarding mental health and emotional and social functioning than those who did not meet the criteria for alcohol use disorders. Again, this may be evidence of a pre-existing problem for which alcohol is a crutch, and it may also be that alcohol use makes it harder for users to function.

AUD is currently undertreated, according to the study. Less than 8% of those diagnosed with AUD sought treatment in the 12-month period; about 20% seek treatment in the course of a lifetime.

Among treatment-seekers, 4.5% turned to 12-step groups; 3.6% to health care practitioners, 2.0% to outpatient facilities and 1.8% to rehabilitation facilities.

Alcohol use disorders are common, persistent, and highly disabling to U.S. adults. The study's findings should help reduce the stigma of “alcoholism” and help identify at-risk populations. The results also offer some clues as to what makes some people more vulnerable to alcohol and others more resilient.

Going forward, preventive education, specifically targeted interventions, and increased access to multiple types of care are all areas to follow up on the results of this study.

Individuals and families who are concerned about or are struggling with alcohol use disorders should seek help from primary care and mental health care providers, and community resources. There is no one right way to proceed; it's best to keep trying different approaches to treatment until you find what works for you.

The study is published in JAMA Psychiatry and is freely available.