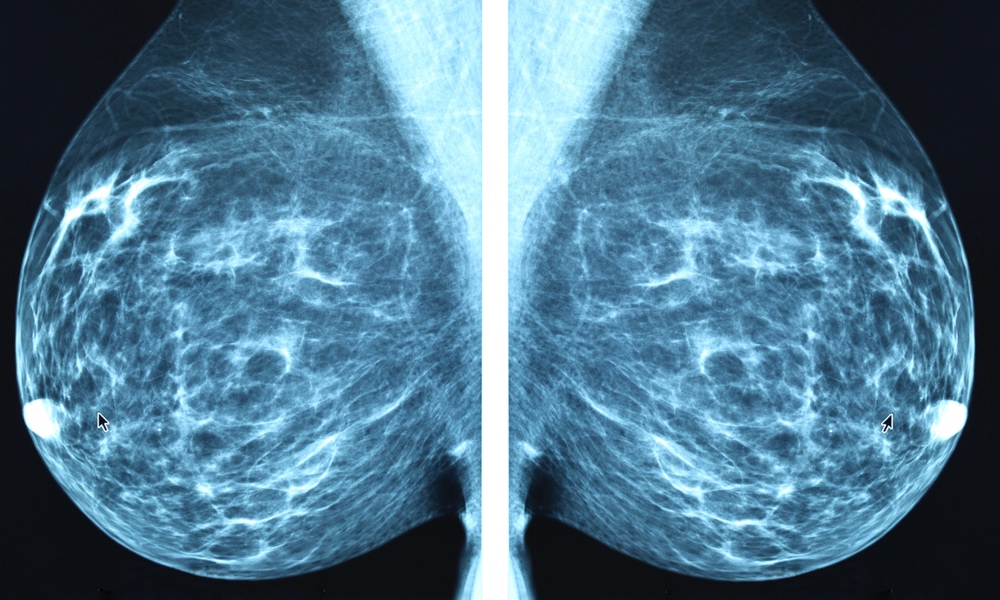 Mammograms As Windows to the Heart

The arterial calcifications that etch some women's mammograms appear to predict a far greater risk of heart disease.

Mammograms may soon diagnose more than breast cancer. They may also be useful in predicting a woman’s future risk of cardiovascular disease.

Calcium can build up in the middle layer of the breast’s arterial wall, where it shows up as white areas on women’s routine mammograms. These deposits, known as breast arterial calcifications, appear to be associated with an increased risk of heart problems, according to the findings of a new study led by researchers at Kaiser Permanente Northern California.

Ideally, the findings will prompt an update of the guidelines for reporting breast arterial calcification from routine mammograms. “There are formulas and calculators to assess cardiovascular disease risk, but this is another piece of the puzzle, if you will, that could be added to those calculators,” Carlos Iribarren, lead author on the study, told TheDoctor.

Digital mammography data from a group of more than 5,000 women between the ages of 60 and 79 were analyzed for the study. Each of the women in the study had undergone at least one mammogram at one of nine Kaiser Permanente Northern California facilities between October 2012 and February 2015. They all had the same health insurance, and all had no previous history of breast cancer or cardiovascular disease.
ADVERTISEMENT

The women in the Kaiser Permanente study were a subset of women in a larger study called MINERVA that was made up of more than 200,000 racially and ethnically diverse postmenopausal women. The electronic health records of the 5,000 plus women in the study were followed for more than six years after their mammograms to see if they had a heart attack or stroke, or developed other types of cardiovascular disease.

The results are important because they show an association between breast arterial calcification and cardiovascular disease risk in an ethnically diverse cohort of healthy women. “A lot of studies looking at breast calcification and heart disease have been done in women who were very high risk to begin with,” said Iribarren, a research scientist at Kaiser Permanente Northern California.

Iribarren and his team plan to look at this same research question in women younger than 60 to see if breast calcification is an independent predictor of cardiovascular disease risk in younger women as well.

Breast arterial calcification is related to aging, but more research is needed to understand what causes breast calcification. “We know that two factors that cause calcification are hypertension and diabetes,” Iribarren said, “but there are a lot of other biological factors we need to better understand.”

The study and a related editorial are published in Circulation: Cardiovascular Imaging.