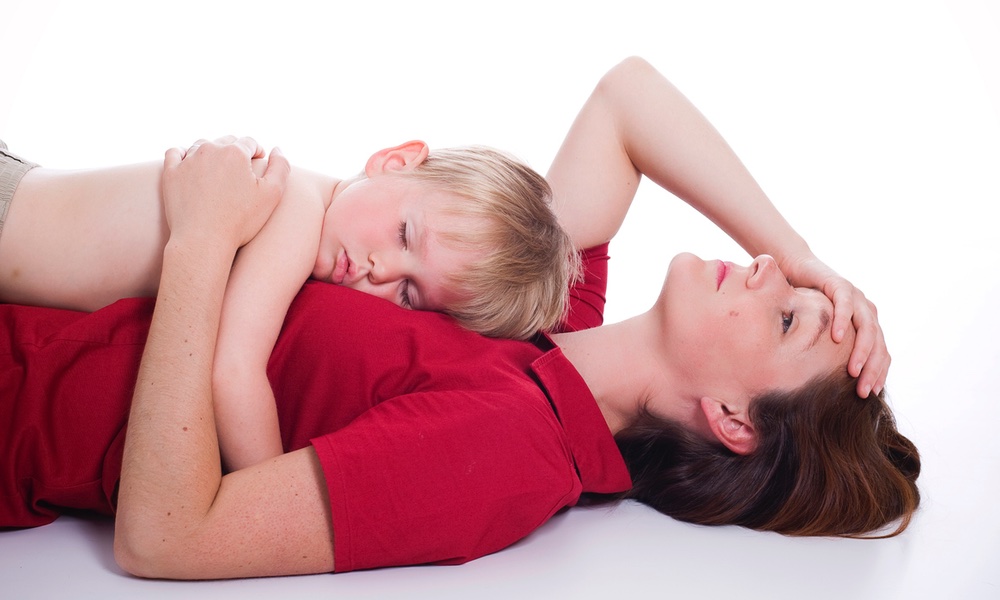 Leslie Carr
Knowing kids' teachers, kids' schedules and what's in the fridge takes a lot of mental energy, even if it largely goes unrecognized.

Who's the person in your family who knows how much peanut butter is in the cupboard, what your kids' schedules are, the pediatrician's phone number or when the family dog gets its heartworm medicine? These sorts of household management tasks tend to fall to women. They are responsible for knowing who needs to be where, on what day and at what time; what size clothing their children are currently wearing; and what's on hand for dinner and what needs to be bought.

These are examples of the invisible labor most women perform for their families. The tasks take a good deal of mental and emotional effort, but women are rarely given full credit for the effort they exert.

Roughly 90 percent of women responding said they felt they alone were responsible for organizing the family's schedules.

“Until recently, no one stopped to think about mom herself,” Suniya Luthar, senior author on the study and a professor of psychology at Arizona State University, said. “We need to attend to the well-being of moms if we want children to do well, and also for their own sakes.”
ADVERTISEMENT
Yes, men do participate in the family more today than ever before, but in general the management of the household is up to mom. Women entering the workforce hasn't changed this. It has just increased the burden.

“Even though women may be physically doing fewer loads of laundry, they continue to hold the responsibility for making sure the detergent does not run out, all the dirty clothes make it into the wash and that there are always clean towels available,” the first author on the study, Lucia Ciciolla, an assistant professor of psychology at Oklahoma State University, adds. “Women are beginning to recognize they still [shoulder] the mental burden of the household even if others share in the physical work, and that this mental burden can take a toll.”

The Study
Nearly 400 American women participated in the survey. All were either married or in a committed partnership and had children under age 18. Over 70 percent of the sample included women from middle upper class homes with at least a college education.

Women were asked who was in charge of three kinds of tasks: organizing the family's schedules, seeing to their children's well-being and making major financial decisions. The researchers were interested in how the responsibilities involved in them affected the women's satisfaction with life overall and their relationships with spouses or partners.

ADVERTISEMENT
Roughly 90 percent of women responding said they felt they alone were responsible for organizing the family's schedules, a high percentage given that 65 percent of the women were employed outside the home. At least 7 in 10 women answered they were also responsible for other areas of family routines, such as making sure chores were done properly and assigning household chores.

Nearly 80 percent of women felt primarily responsible for seeing to children's well-being and emotional states. This involved things like being the one who knew who their children's teachers and school administrators were. Two-thirds felt they alone were tasked with being responsive to children's emotional needs. As Luthar puts it, “Mothers are the first responders to children's distress.”

The Mental Cost of Juggling So Much

Unsurprisingly, women who said they were solely in charge of the household reported feeling overwhelmed and exhausted, with little time for themselves. “…[T]here's no question that constant juggling and multi-tasking at home negatively affects mental health,” said Luthar.

“Even though women may be physically doing fewer loads of laundry, they continue to hold the responsibility for making sure the detergent does not run out, all the dirty clothes make it into the wash and that there are always clean towels available.”

In addition to their family management duties, over half of the women said they made decisions about investments, vacations, major home improvements and car purchases with their partner. Other studies have found joint decision-making like this is empowering, but financial decision-making was unexpectedly associated with low partner satisfaction. The researchers believe this is most likely because this job was generally on top of the already high demands of managing the household and making sure their children were doing well.
ADVERTISEMENT

To address the inequities in invisible labor, partners need to work to make them visible. Most couples end up with some kind of division of labor in their relationship, but having a partner who also knows who to contact at school, what the kids' schedules are and is ready to step in to offer kids emotional and practical support is the best way to ease the stress so many women feel when they take on too many family management roles.

As Cicolla says, “When mothers feel supported, they can have the emotional resources to cope well with the demands they face. Being able to address inequalities in invisible labor can allow women and families to create households that are more functional and less burdensome, and can also spare women mental gymnastics to find the space and time to care for themselves.”

The study is published in Sex Roles.