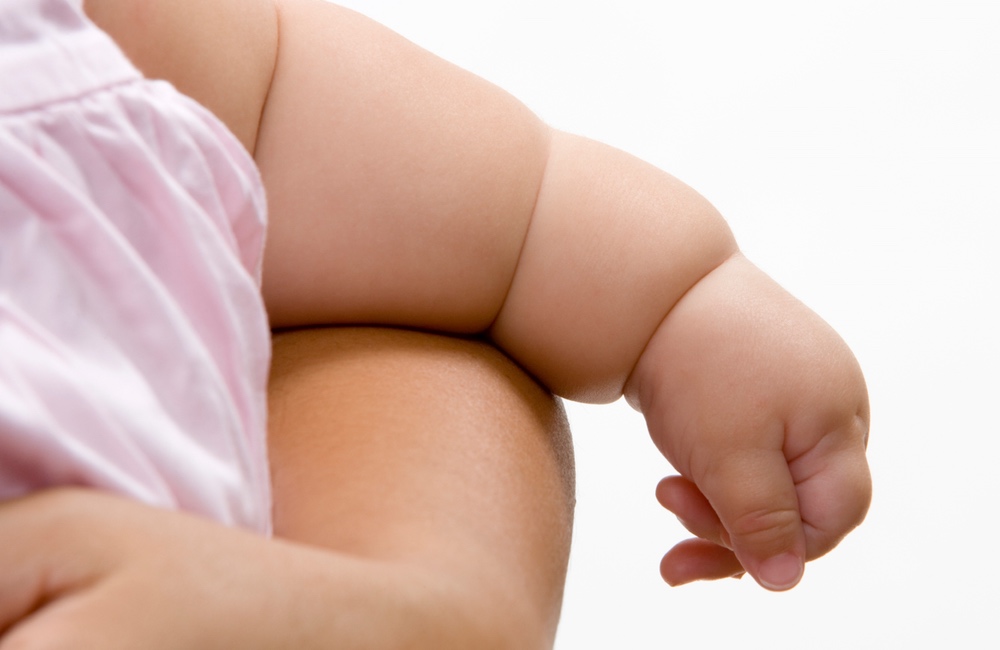 Why Baby Fat Is Bad News

Esther Entin, M.D.
Infants who gain too much weight in the first months of life are far more likely to go on to develop type 1 diabetes.

Diabetes mellitus, better known as juvenile or type 1 diabetes, begins in childhood and lasts a lifetime. It is caused by an abnormality in insulin levels in the body because the pancreas produces little or no insulin. As a result, the sugar level in the blood and urine becomes dangerously elevated.

There are a number of factors that appear to contribute to the development of diabetes, and a new study adds very high weight gains during infancy to the list.

Of course, all babies need to gain weight during their first year, but the large Scandinavian study found that babies who had big increases in weight were more likely to develop type 1 diabetes.

The Dangers, Causes, and Treatment of Type 1 Diabetes
ADVERTISEMENT
When sugar levels in the blood and urine become highly elevated as they do in diabetes, the body's metabolic and fluid balance become so abnormal that, unless brought under control, coma and death can result. If blood sugar is poorly controlled over long periods of time, it can cause damage to almost every organ system in the body — from eyes, to heart and blood vessels, to kidneys, to skin to nervous system.

This is one risk factor for type 1 diabetes that parents have some control over.

There are a variety of symptoms indicating a child is developing diabetes including frequent urination, increased thirst, increased hunger, and weight loss.

While some complications can be prevented or delayed, management is a lifelong commitment. Diabetic symptoms are managed with diet, medication therapy, including oral medications, and injected insulin. The disease represents a tremendous personal and public health burden. It is estimated that the total annual cost of diabetes (type 1 and type 2) has risen 41 percent increase since 2007 — to $245 billion in 2012.

Many Potential Causes
There are multiple genes involved in this disease and genetic predisposition appears to contribute to the likelihood of some people developing diabetes. Environmental factors, such as foods, viruses and toxins, have also been implicated because researchers found different rates of the disease in identical twins who were raised apart.

A virus-triggered autoimmune response that causes the destruction of pancreatic cells that product insulin has also been suggested. Certain environmental chemicals, such as pesticides, have been shown to destroy pancreatic cells as well.

The Study
Working with data from the children's health records and parental questionnaires on almost 100,000 children who were born in Norway and Denmark between 1998 and 2009, researchers looked at infant height and weight gains during the first year of life. They also identified the children who went on to develop diabetes over the course of the study.

Researchers took into account other factors that would influence weight gain and were known to contribute to the development of diabetes — such as how long a child was breastfed, the mother's age, education, smoking, height, and pre-pregnancy BMI, whether or not she is diabetic; the father's paternal height and BMI.

Babies who had large increases in weight during the first year of life had a higher risk of developing type one diabetes during childhood, they found. The greater the weight gain, the higher the risk.

Big weight increases early in infancy, before 6 months, were more risky than weight increases later — between six and 12 months, the data also showed. A baby's weight at 12 months was also significantly predictive of the development of type 1 diabetes.

The babies' birth weight and their increase in length in the first year of life were not significantly associated with diabetes risk.

Damage to Insulin-Secreting Beta Cells?
The authors suggest that damage to the pancreatic beta cells is a possible explanation for their findings. They note that when there is rapid weight gain, there is increased demand on the beta cells that are responsible for insulin secretion from the pancreas.

Laboratory studies have shown that beta cells that are actively secreting insulin may be more susceptive to biochemical damage. If the overly stimulated beta cells sustain damage from molecules such as cytokines, they may lose their ability to produce insulin and the body's sugar levels will veer out of control, resulting in diabetes mellitus, type 1. Other possible explanations include the changes in gut microbiota, that is the types and numbers of “good” bacteria that inhabit the infants gastrointestinal system, or that damage to the pancreas is the result of inflammation.

What Parents Can Do
This study adds to growing evidence on the effects of infant weight and weight gain on the development of diabetes mellitus, type 1. More research is needed to fully understand this relationship, but in the meantime, there is no harm in parents paying closer attention to their baby's weight, particularly in relation to his or her size and percentile scores during well-baby visits to their pediatrician or healthcare provider.

When there is rapid weight gain, there is increased demand on the beta cells that are responsible for insulin secretion from the pancreas.

Here is one risk factor for type 1 diabetes that parents have some control over. If well-baby visits to your pediatrician indicate that your child is heavy for his or her size, discuss your infant's diet and risk factors with your care providers so you can optimize your baby's nutrition and keep weight gain within normal limits.