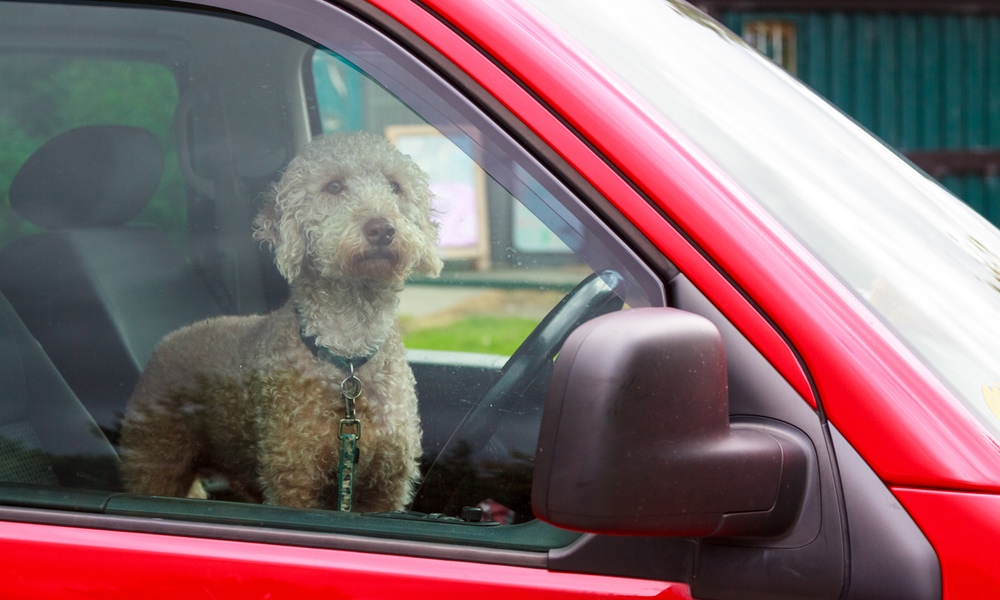 Neil Wagner
If you're stressed-out, chances are your dog is, too. One reason we may not be dogs' best friends.

Another reminder of just how close people and their dogs can be comes from a study that found people and their four-legged companions mirror each other's long-term stress. And judging by personalities, it seems to be the human animals who are setting the tone, and the dogs who are following.

Many people don't recognize the signs that their dogs are feeling stressed.

If the results do prove typical, they suggest that people may be stressing out their dogs without even knowing it.
ADVERTISEMENT
When the personality traits of people and their dogs were tested (with humans filling out questionnaires for their dogs), dog personality traits appeared to have little effect on their cortisol level. But human personality traits did — particularly their degree of neuroticism, conscientiousness and openness. Because of this, the researchers suggest that it is the dogs who are mirroring the stress of their owners. Perhaps this is what makes some dogs able to sense an owner's epileptic seizure before it happens.

There are several reasons these results might be seen in typical pet dogs. The study used only border collies and Shetland sheepdogs, both of which are bred to be herding dogs, working to monitor and control livestock. Historically, they have been as much employees as pets and tend to be especially hyper and vigilant breeds, quite different from, say, a hunting dog that tends to be on the lookout for prey.

The study also used only 58 dogs in total and there were no human men involved, only women. It will take much broader studies to confirm that shared stress is typical between pet dogs and the people who live with them.

It's unfortunately true that many people do not recognize the signs their dogs give that they are feeling stressed. One reason why is that dogs often do this by displaying common behaviors at uncommon times, such as the whole body shake that rids their coat of water, only doing it when they are not wet. Other signs that often go unnoticed can include yawning or shedding seemingly at will. VCA, an organization that operates hundreds of veterinary hospitals in the United States and Canada, offers some tips on how to tell when your dog is stressed and how you can help relieve it.

The research group plans to expand their study to see if a similar synchronization of stress takes place between people and their hunting dogs — dogs that have been trained to be independent. The group also plans to examine whether there are differences between men's and women's dogs.

ADVERTISEMENT
“If we learn more about how different types of dog are influenced by humans, it will be possible to match dog and owner in a way that is better for both, from a stress-management point of view. It may be that certain breeds are not so deeply affected if their owner has a high stress level,” said principal investigator, Lina Roth, in a statement.

For more details, see the study, published in Scientific Reports.

RELATED STORIES
For Dogs, Size Really Might Matter
The Art Of Stress Relief
What Stress Does To You
LATEST NEWS