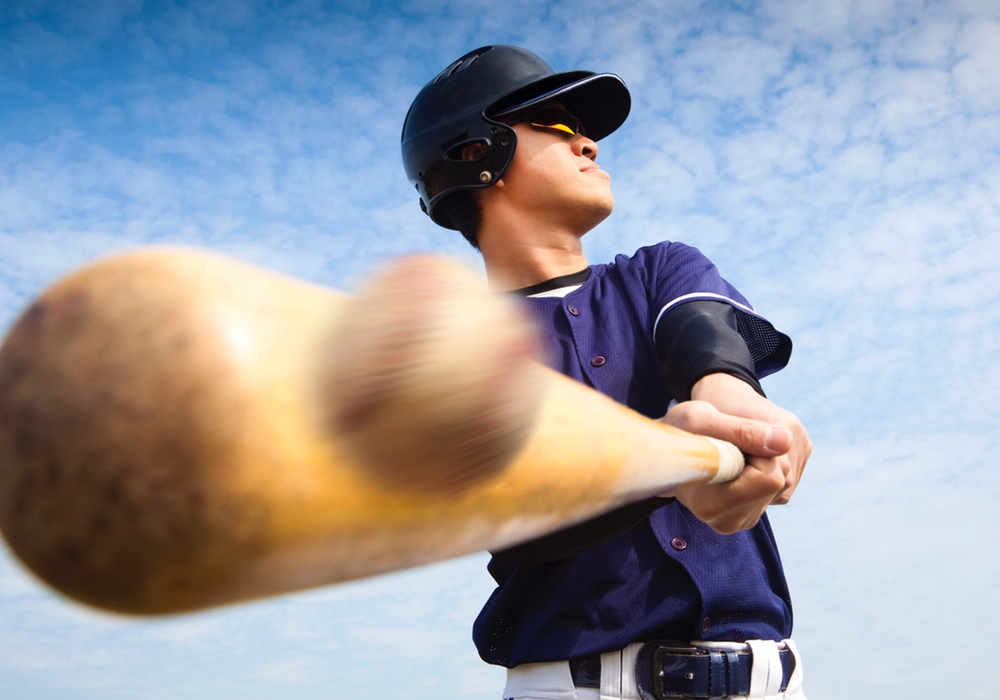 Batter Up Too Late?

Neil Wagner
Baseball players' reaction times improved when they got an extra hour of sleep. Stress and fatigue went down, too.

Hitting a major league fastball isn't easy, but it is easier when you've had a little extra sleep. At least that's the case in a study of baseball players from one major league organization who changed their sleep habits.

For five nights during a four-week training camp, half the players got their normal amount of sleep at night while the rest were asked to sleep longer than usual. The extended sleep group reported getting about an extra hour of sleep, on average, during the study, though measurements of their movements at night suggested a slightly smaller increase.

It takes a fastball about 400 milliseconds — less than half a second — to reach a batter.

After five nights of extra sleep, the extended sleep group reported feeling less fatigue and tension — down by more than one-third — while these stresses rose among the players in the control group. The reaction time of players who got extra sleep improved by 66 milliseconds on a test of selective attention and 122 milliseconds on a cognitive processing speed test.
ADVERTISEMENT
It takes a fastball about 400 milliseconds —less than half a second —to reach a batter, so every millisecond counts, both for recognizing the pitch and for reacting to it. And nobody performs better when they're fatigued.

The reaction time of players who got extra sleep improved by 66 milliseconds on a test of selective attention and 122 milliseconds on a cognitive processing speed test. The current study with baseball players extends the idea, suggesting that extra sleep delivers at least some of its benefits in a relatively short time.

The Major League Baseball season is a 162-game, six-month long grind, where fatigue is bound to set in at some point. Little Leaguers and other young athletes can also encounter fatigue. The study results suggest a way they could fight back.

While baseball lore is full of colorful stories of players partying the night before a game and then hitting a dramatic home run the next day, those are just stories. This study suggests that getting a good night's sleep is a better strategy or, as the study itself concludes, short-term sleep loading is a practical intervention that enhances response time and daytime functioning.

ADVERTISEMENT
The study was presented on June 5 at Sleep 2017, the 31st Annual Meeting of the Associated Professional Sleep Societies.
ADVERTISEMENT

RELATED STORIES
You Snooze, You Win
Video Game Is A Home Run
The Causes And Effects Of Sleep Deprivation
LATEST NEWS