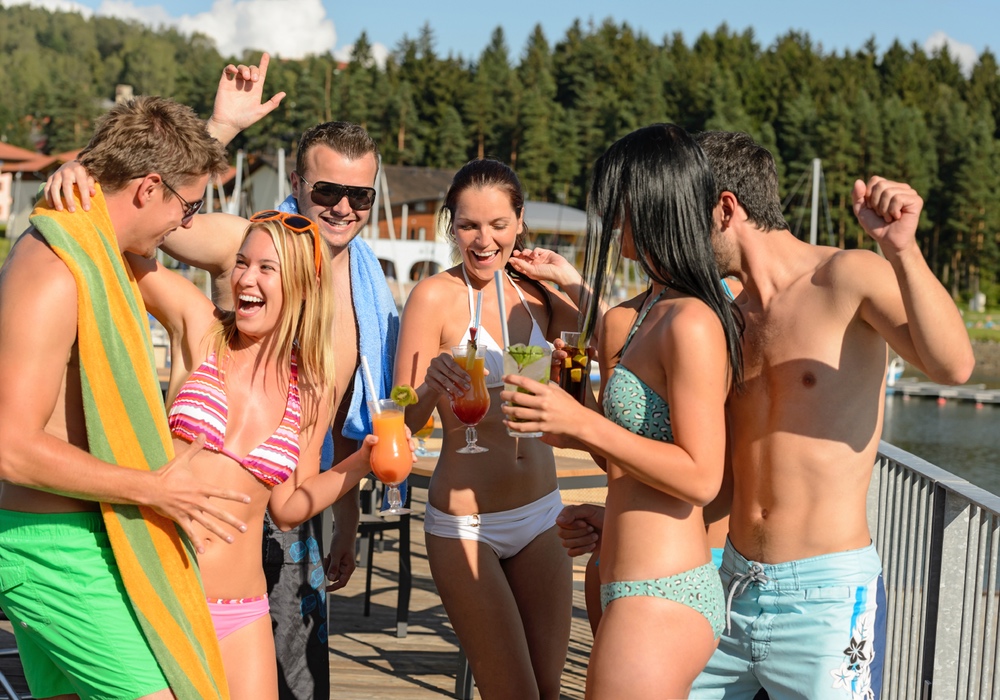 Charlotte LoBuono
For many women vacation is a time of sexual exploration. While this can be empowering, it also brings risks.

Sexual risk-taking among college-age students is on the rise, and research suggests that it happens more often when students travel abroad. A sense of anonymity and a disconnect from sexual double standards while traveling can motivate young women to experiment sexually, taking risks they might not otherwise take, a new study has found.

The largest group of risk-takers were women who were aware of the risks involved in sexual activity and had little intention of having sex. Their behavior was affected by alcohol consumption and the party atmosphere of vacation.

“People feel detached from home [on vacation], and there are chances for anonymous experimentation, fantasy, and wish fulfillment,” Liza Berdychevsky, author of the study, told TheDoctor. All the things that inhibit sexual behavior at home change on vacation, where people feel a sense of timelessness and placelessness.
Motives Differ
Not every traveler has the same motivation for their sexual adventuring, explains Berdychevsky, an assistant professor at the University of Illinois. “There are different kinds of sexual risk takers, who perceive the risks involved with these experiences very differently, and are motivated by different needs, preferences, and tendencies.” Once researchers understand more about these different reasons for sexual experimentation and the way travelers see the risks involved, they can use these differences to develop better sexual education campaigns.
ADVERTISEMENT
“Sex ed and prevention programs targeting these risky behaviors are still in infancy,” Berdychevsky said. They are very limited in scope, and do not account for different motivations and perceptions of risk. A postcard with a generic message distributed before spring break is not going to appeal to all sexual risk takers.

The study used data from an online survey of 853 women, who averaged 23.5 years of age. She identified five groups of young women based on their perception of and motivations for sexual risk-taking while traveling, and characterized these groups according to psychological, sexual and demographic criteria.

The largest group, 30 percent of study participants, was made up of women who were aware of the risks involved in sexual activity and had not intended to have sex. Their behavior was affected by alcohol consumption and the party atmosphere of vacation.

It isn't necessary to focus on eliminating sexual risk-taking entirely.

The next largest group of women, 25 percent of study participants, were aware of the risks but were more willing to take risks because they were on vacation.
ADVERTISEMENT
Another group were drawn to anonymity and were motivated to take sexual risks because they perceived the physical, mental and social consequences as low. A fourth group, simply did not perceive the mental and emotional risks as important.

Young people perceive themselves as invincible, Berdychevsky points out. So they may not realize that while traveling, particularly in foreign countries, they may not have access to resources, such as contraception or STD testing, they would have at home. And this can make them more vulnerable. They may also encounter a language barrier.

Based on the differences in motivations and perceptions of risk seen among participants in the current study, “We need to come up with targeted sexual health education messages that should be more effective than generic at reducing the rates of sexual risk-taking and minimizing its negative consequences,” she said.

It isn't necessary to focus on eliminating sexual risk-taking entirely. For many women in the study, the sexual experimentation on vacation served some positive psychological purposes, such as self-exploration, empowerment and thrill-seeking, Berdychevsky added. Education efforts should focus on reducing the potential for harm, making women more aware of the need to for contraception and preventing STDs. They should be designed to sharpen young women's abilities when it comes to evaluating situations they are in (what is risky, what is appropriate) and knowing the emotional and mental boundaries they are willing to set.

The study is published in The Journal of Sex Research.