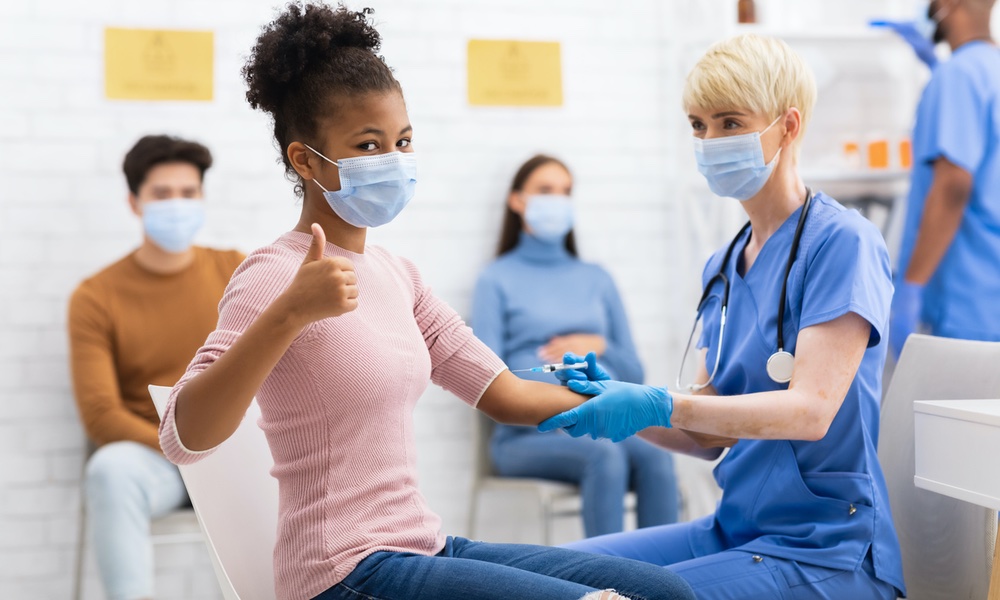 COVID Vaccines Give People — and the Economy — a Shot

Data show that vaccines prevented millions of cases and saved as much as $1.4 trillion in just the first five months they were available.

COVID-19 has caused more than four million deaths worldwide in the past 19 months and at least 600,000 deaths in the U.S. alone. Since vaccination programs began in December, 2020, however, the number of COVID-19 deaths has fallen sharply.

A team of researchers from the RAND Corp. and Indiana University decided to study the social and economic impact the vaccine has had. Using statistical models, they estimated vaccines had saved about 140,000 lives and prevented about three million cases of COVID-19 just during the first five months they were available. Despite the surge in cases and deaths brought on by the rise of the Delta variant, the overall health and economic benefits of the vaccines have likely grown since then, as more adults and, recently, children 12 and up have been vaccinated.

The vaccines have had an economic benefit of between $625 billion and $1.4 trillion. “It is hard to think of any public health intervention that has this big and immediate an effect.”

The vaccines have had an estimated economic benefit of between $625 billion and $1.4 trillion. “We know from all the clinical trial evidence that these are very safe and effective vaccines,” Christopher Whaley, corresponding author on the study, told TheDoctor. “It is hard to think of any public health intervention that has this big and immediate an effect.” The findings add support to public health policies expanding vaccine programs so a larger proportion of the population can benefit.
ADVERTISEMENT
Data were collected from December 20, 2020 to May 9, 2021, with the number of vaccine doses administered in each state tabulated by the Bloomberg COVID-19 Vaccine Tracker, and the daily tally of deaths from COVID-19 in each state collected in a database at The New York Times.

Because the statistics on COVID-19 deaths rely on a formal medical investigation, the number of deaths is likely underrepresented.

Going forward, Whaley, a policy researcher at RAND Corporation, and his team want to analyze the mental health benefits of getting vaccinated, looking, for example, at how being able to see friends and loved ones after vaccination improves mental health. Other future studies will likely evaluate disparities in vaccine access to determine how they lead to outbreaks and the emergence of variants of concern.

The study is published in Health Affairs.