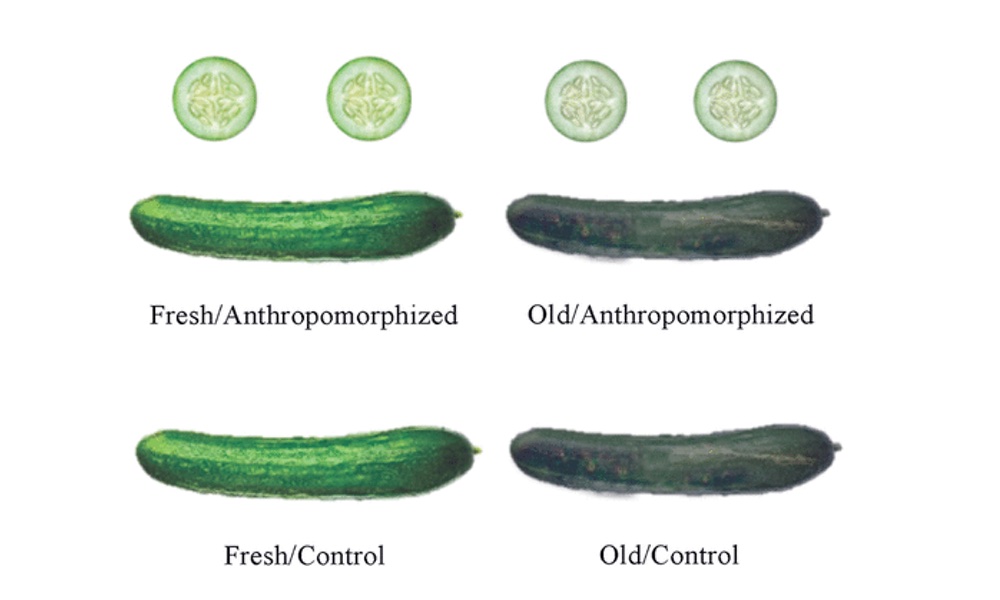 Would You Throw Your Grandmother in the Garbage?

Neil Wagner
When older, bruised and not-so-pretty vegetables are viewed in a more human light, it's easier to avoid wasting them.

Americans throw away an enormous amount of food, sometimes more than half of the fruit and vegetables in their refrigerator.

Of course, you shouldn't eat food that might be dangerous and could make you sick. When food begins to smell bad, it's definitely time to toss it. But a great deal of produce is discarded simply because it has minor visual imperfections or blemishes — it's still tasty and nutritious but not quite as fresh looking as it once was.

That's waste, plain and simple. When was the last time you heard of someone getting sick from eating an old banana?

Researchers from the Universities of Houston and Illinois think they've found a way to help.

You wouldn't begrudge your grandmother a few wrinkles, would you?

They found that people saw aging produce as more desirable when it was humanized. After all, you wouldn't begrudge your grandmother a few wrinkles, would you? Well, the people they studied looked upon bruised bananas and slightly wrinkled zucchini much more favorably when the less-than-perfect veggies were presented to them in a more human fashion.

The researchers showed people images of bananas relaxing in lounge chairs, while soaking up some sun, and pictures of cucumbers and zucchini that were arranged in the shape of a human face — two slices for the eyes and an entire vegetable for the mouth.

In four separate experiments, people looked upon aging produce more favorably when it was humanized. Interestingly, this effect disappeared when study particiipants first read a made-for-the-study article entitled “Why Young is Good.” Apparently, the article prepared people to look on aging, both in humans and produce, less charitably, an attitude that's already more prevalent in the U.S. than in countries such as Japan, where age has traditionally imparted some cachet.

The authors describe the concept of wabi-sabi, a centuries-old Japanese attitude that not only accepts the changes that come with growing old, but actually honors the imperfections that announce the inevitable passage of time — including the wrinkles.

ADVERTISEMENT
On the other hand, the United States currently offers the world Miley Cyrus and Justin Bieber. Cultural differences aside, estimates are that 1.3 billion tons of food are wasted worldwide every year. And fruit and vegetables are among the most wasted, even when they still have plenty of life left in them.

Perhaps all this will make you look more charitably at the next apple you find that has a few spots on it. And if it doesn't, you can always make smoothies from aging fruit and soup from aging vegetables.

For more details on the study, see the article in the Journal of the Association for Consumer Research.