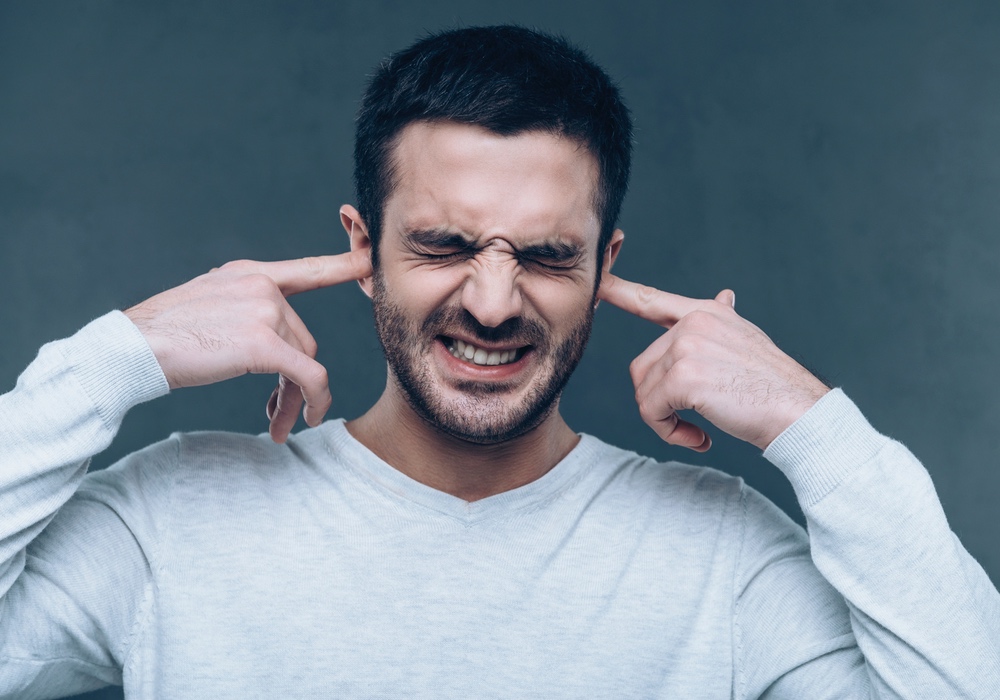 Not all hearing problems show up in routine hearing screening in the doctor's office. Some people find it hard to follow conversations in noisy or distracting environments, some experience the ringing in the ears of tinnitus. Others are extremely sensitive to certain frequencies and volumes of sound and can't tolerate usual sounds that occur in the environment.

This sort of hidden hearing loss may result from slow-moving nerve damage that has gone undetected until recently. For people who have it, however, it can make day-to-day listening and hearing difficult and even unpleasant.

From the Air to the Ear to the Brain

Our ability to hear is the result of an elegant series of processes that starts when sound waves enter the ear canal and reach the eardrum. These vibrations are transmitted through the inner ear by the body's smallest bones, the ossicles. About 15,000 tiny hair cells within the inner ear receive the vibrations, then transmit them as electrical signals to the roughly 40,000 auditory nerve cells in the cochlea, the spiral-shaped structure in the inner ear, and from there to the part of the brain that interprets sound.

ADVERTISEMENT
Our supply of these two critical cells, hair cells and cochlear nerve cells, is finite. Once lost or damaged, they cannot be regenerated naturally. Damage to these cells produces permanent changes in hearing. Exposure to loud noises is a major source of hearing loss. The amount of damage depends on the extent and duration of the insult.

Until recently, scientists believed that hearing loss was primarily the result of damage to the hair cells and that the loss of cochlear nerve cells was simply a product of the loss of hair cells. Clear and compelling micrographic images of frayed and depleted hair cells in ears subjected to loud noise showed that hair cell loss can be detected within hours after noise exposure, while the loss of the nerve cells is not noticeable for months to years after the insult, making it harder to correlate nerve cells damage directly with noise exposure.

Recent research suggests that noise damage to the auditory nerve cells may be a more significant contributor to hearing loss, particularly hidden hearing loss, than we have appreciated. The authors of the study note that, “Animal research has shown that loud noises do indeed damage the cochlear nerve cells directly, but it may take months to years for it to be detectable and it does not cause a change in routine [hearing tests] until the loss is extreme.”

To explore the possibility of this kind of hearing loss, a group of researchers from Harvard and Northeastern universities looked at college students' hearing. All the subjects were between 18 and 41 years of age, in good health, and had no history of ear problems, hearing problems or neurologic disorders. All were native English speakers; physical examinations of their outer ears, ear canals and ear drums showed normal hearing function in both ears.

ADVERTISEMENT
The Study
The researchers wanted to see if, even though the students' hearing tests were normal, there would be evidence that cochlear nerve function was impaired in those who regularly abused their ears with loud noises and loud music.

Students were divided into two groups based on their history of noise exposure, obtained through questionnaires. Each group was asked to evaluate their hearing in different listening environments, including their ability to locate the source of a sound and their ability to follow conversation. They were asked to rate the loudness and annoyance of everyday sounds such as barking dogs and crying babies; how environmental sounds impacted their behavior such as their ability to concentrate or their tendency to avoid certain types of noisy environments.

Until recently, scientists believed that hearing loss was primarily the result of damage to the hair cells and that the loss of cochlear nerve cells was simply a product of the loss of hair cells.

The researchers then tested the students hearing and cochlear function. The results were both revealing and concerning.

All the subjects had tested as having normal standard hearing, but the high-risk group had poorer hearing at higher frequencies (higher than 8 kHz), which is consistent with early nerve damage and can serve as an early warning that individuals are subjecting their ears to noise at abusive levels.

ADVERTISEMENT
Cochlear nerve function was abnormal among high-risk subjects when compared to the low-risk group, again pointing toward unrecognized damage in the synaptic connections.

Noise damage early in life probably speeds up the age-related loss of hair cells and cochlear neurons, even if noise abuse is decreased later in life.

People who had more exposure to noise were also more likely to report behavior consistent with acute hearing sensitivity, such as tending to avoid noisy environments because they were unpleasant for them to be in.

Not only does this study offer evidence for hidden hearing loss, it suggests that the concept that hearing loss is caused primarily by damage to hair cells may be incomplete. If healthcare providers used the more revealing tests of cochlear function to look more deeply at the hearing mechanisms, the researchers say, hearing problems might be found much earlier, when it may be possible to fix them — or at least stop their progression by having patients reduce their exposure.

There May Be No Such Thing As Temporary Hearing Loss

As we learn more about the subtle, long-term effects of noise exposure, public health policies about noise reduction, as well as occupational and industrial hearing exposure limits, may need to be tightened. Past research had considered noise exposure levels that only caused a temporary elevation of cochlear response to sound as benign. However, these new findings show that such “temporary” damage could well become permanent after months or years.

Prevention also has to start early. It has been shown that noise damage at a young age probably speeds up the age-related further loss of hair cells and cochlear neurons, even if noise abuse is decreased later in life. The true risks of noise, and the true prevalence of noise-induced damage need to be reconsidered, according to the researchers. To prevent a dramatic rise of hearing impairment in the future, consciousness about the dangers of ear abuse needs to be raised.

Knowing more about the kinds of damage that impact hearing loss can inform future research into treatment, including those that target both the hair cells and cochlear nerve connections, and ultimately may lead to the ability to regenerate this damaged tissue.

The study is published in PLoS ONE.