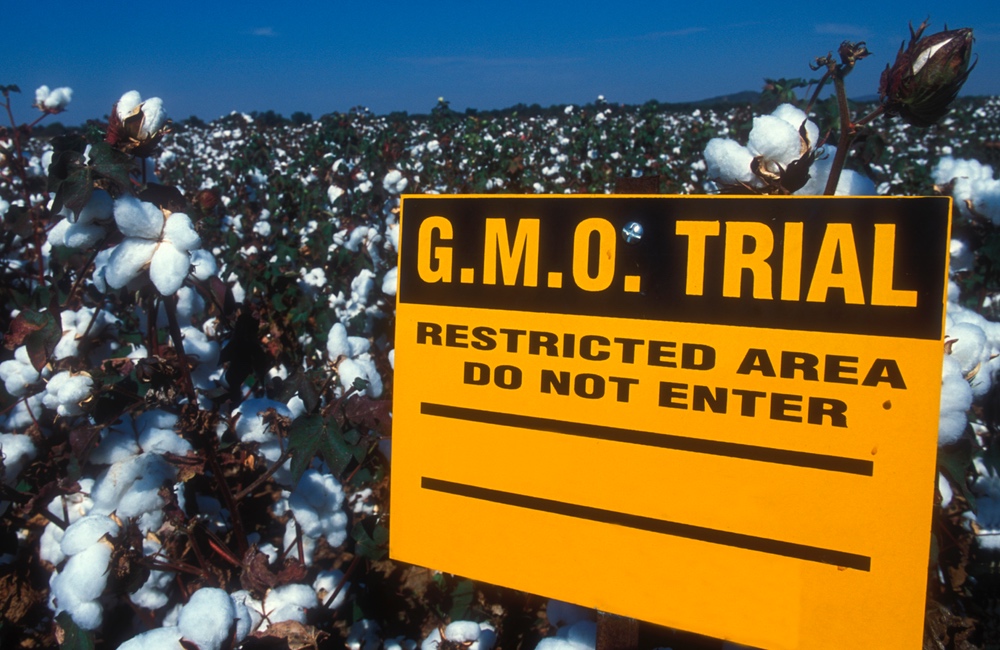 GMO Labeling Moves Ahead, For Now At Least

Neil Wagner
Many countries around the world require labeling of GMO foods. Now Vermont has a law on the books.

After two challenges in the House and the Senate, the United States — or at least one of them — will now have a law requiring that foods containing genetically modified organisms be labeled.

The GMO labeling law will go into effect this summer in Vermont. It will be the first of its kind in the nation. Currently, 64 countries around the world require labeling of genetically modified foods, including 28 nations in the European Union, Japan, Australia, Brazil, Russia and China.

A Rocky Road to Put A Law on the Books

The law will require all foods in the supermarket that contain genetically modified organisms — GMO — to be labeled as such, with exemptions for a few foods such as meat and dairy items.

ADVERTISEMENT
Maine and Connecticut have approved similar laws, but they contain triggers. Connecticut's law will only go into effect when Northeast states with a combined population of 20 million adopt similar laws. Vermont's law contains no trigger and, unless there are further challenges, will take effect July 1.

The law was signed by Vermont's governor, Peter Shumlin, nearly two years ago, but its road has been a long and rocky one.

Fierce opposition by members of the food industry, including the Grocery Manufacturers Association, led to introduction of a bill in the House of Representatives that would have invalidated Vermont's law and prohibited any other state from enacting a similar law.

That bill, called the Safe and Accurate Food Labeling Act of 2015 (H.R.1599), was introduced by Mike Pompeo (R-KS) and passed the House by a vote of 275-150 in July of 2015, with 230 Republicans and 45 Democrats voting for it. It claimed that the Vermont law would be too costly and lead to unnecessary confusion.

ADVERTISEMENT
You can see how your representative voted by clicking here.

Legislation to derail the bill was then introduced in the Senate by Pat Roberts (R-KS), who introduced a similar bill in February of 2016, as the deadline for implementing the Vermont law was approaching. This bill was called the Biotech Labeling and Solutions Act (S 2609). On March 16, it failed a procedural vote to end debate on it, 48-49, effectively killing it, at least for now. Sixty votes were required to end debate.

It would be foolhardy to assume that the Vermont law will face no further challenges, considering how actively the food industry has opposed it.

It would be foolhardy to assume that the Vermont law will face no further challenges, considering how actively the food industry has opposed it. But as of now, it is set to go.

Arguments for and against GMO labeling can become quite complex, but in general people opposed to such laws point out that since the FDA has ruled that GMO food is safe, it does not require a special label. Those in favor of labeling point to the countries that do require GMO foods to be labeled.

But should people buy these salmon? Salmon is a good source of vitamin D and omega-3 fatty acids, but there have been questions raised about whether the safety studies done on the effect of these enormous GMO wild salmon populations were adequate. Especially of concern is how salmon will fare if any of the faster-growing GMO salmon escape and begin competing with them.

The debate about the safety of GMO foods is likely to go on for a while as we wait to see what positive and negative impacts the genetically-engineered crops and animals may have. As is the case with the Vermont labeling law, consumers should stay tuned.