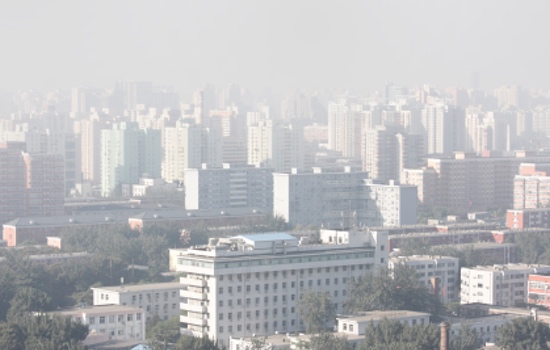 The Health Toll Air Pollution Takes — Even in Rural Areas

Charlotte LoBuono
The EPA's air pollution standards aren't good enough to protect the health of those over 65, a Harvard study finds.

Researchers at Harvard University’s T.H. Chan School of Public Health used data from satellites to look at temperatures and fine particulate matter, known as PM2.5, levels across every ZIP code in New England. This allowed them to examine the effects of PM2.5 on locations far from monitoring stations, and to record the effects of short-term exposures and annual average exposures simultaneously.

With that information in hand, the researchers followed everyone covered by Medicare in New England — about 2.4 million people — between 2003 and 2008 and each year until they died.
ADVERTISEMENT
People who were exposed to more air pollution died at a higher rate than those who weren't, but there were serious health risks for seniors with even short-term exposure to PM2.5 at levels meeting the standards set by the Environmental Protection Agency.

“This study shows that [meeting EPA standards] is not enough. We need to go after coal plants that still aren't using scrubbers to clean their emissions, as well as other sources of particles like traffic and wood smoke,” said senior author Joel Schwartz, professor of environmental epidemiology in a statement.

The damaging effects of pollution were even seen in areas with a PM2.5 concentration of less than the 33 percent recommended by the EPA. The researchers said theirs is the first study to look at the effect of PM2.5 pollution in the air on the whole population of a region, including rural areas.

The results of the study suggest it might be a good idea to reevaluate the EPA standards, the authors write. PM2.5 pollution is like lead pollution, Schwartz said. There is no evidence safe limits exist, even at levels far below current standards. He went on to say, “We need to focus on strategies that lower exposure everywhere and all the time, and not just in locations or on days with high particulate levels.”