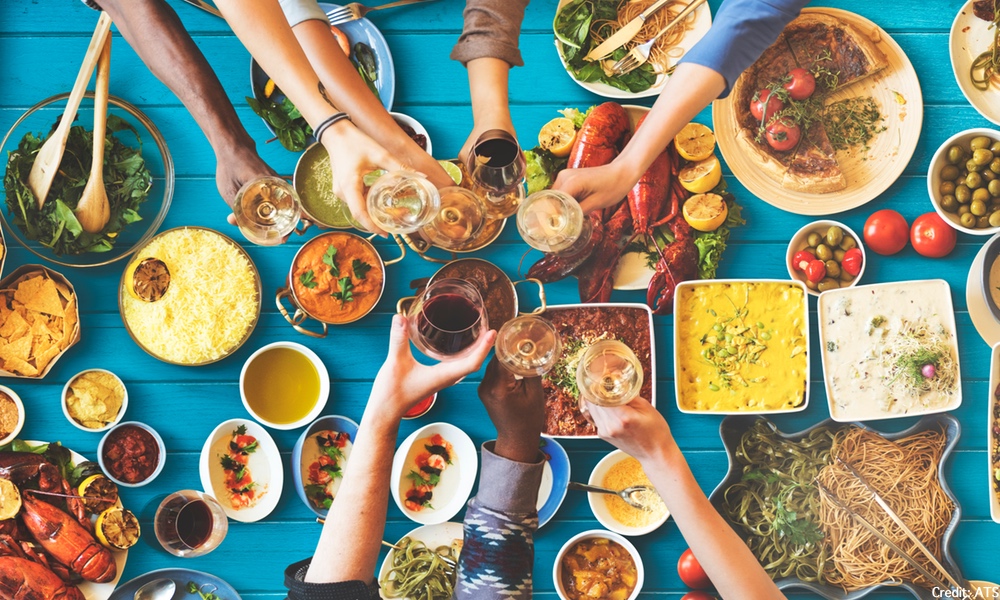 Beth Fontenot, MS, RD, LDN
People in certain states do a better job of eating the healthy way residents of Mediterranean countries do. For others, it's an opportunity.

People who live in the area surrounding the Mediterranean Sea — countries like Italy, France, Greece, Turkey, Spain, Morocco and Croatia — traditionally follow a diet that is rich in fruits, vegetables, nuts, whole grains and olive oil. They eat little red meat, saturated fats, processed foods or refined sugars. This type of diet has been shown to reduce the rate of obesity and chronic diseases like cancer, diabetes and heart disease.

The Mediterranean diet is a rather foreign concept to many people in the United States, a recent study found. It turns out that in a few US states, people eat this healthy diet pretty regularly, but residents in other states have not yet embraced it, and given the ever-increasing rate of obesity in the US, they need to do a better job.

Researchers from California State University, Los Angeles decided to study the adherence to such a diet across the 48 contiguous states and Washington, DC to see who followed such an eating pattern. Nearly 21,000 people, aged 45 and older, completed a food questionnaire as part of the REGARDS study (Reasons for Geographic and Racial Differences in Stroke). How closely they followed a Mediterranean diet was determined based on the foods they reported eating. Diets were scored from 0-9, with a score of nine going to those whose diets contained the most foods associated with the guidelines for a Mediterranean diet.
ADVERTISEMENT
The average score was 4.36. Nearly half of the people in the study showed a high adherence to the Mediterranean diet, but interesting clusters of non-adherers were found across the country. Adults living in the western and northeastern coastal areas — California, Pennsylvania, New York, New Jersey, Connecticut and Massachusetts — were better at following the diet. People living in the South and East North Central areas of the country — such as Arkansas, Louisiana, Alabama, Georgia, North Carolina, Michigan and parts of Indiana — didn’t eat in a way that resembled the Mediterranean diet.

Regardless of their geographical location, people who lived in poor, rural, minority areas with smaller populations were least likely to follow the healthier eating pattern. Those who were older, African American and non-smokers were more likely to eat a Mediterranean style diet. So were people who had a college degree and a household income of at least $75,000, who exercised at least four times a week and watched less than four hours of TV a day.

About 75 percent of Americans do not eat enough fruit, vegetables or dairy, and most eat more added sugars, saturated fat and salt than is recommended.

With annual healthcare costs for obesity-related diseases at $190 billion dollars, one-fifth of yearly medical spending, promoting the Mediterranean diet could have a great impact in fighting obesity.

The Southern states — West Virginia, Arkansas, Alabama, Louisiana and Mississippi — have the highest obesity rates in the country, topping out at 35 percent of their populations. These areas where people don’t follow a Mediterranean-type diet are prime targets for public health promotions and interventions that educate people about the health benefits of such a diet.