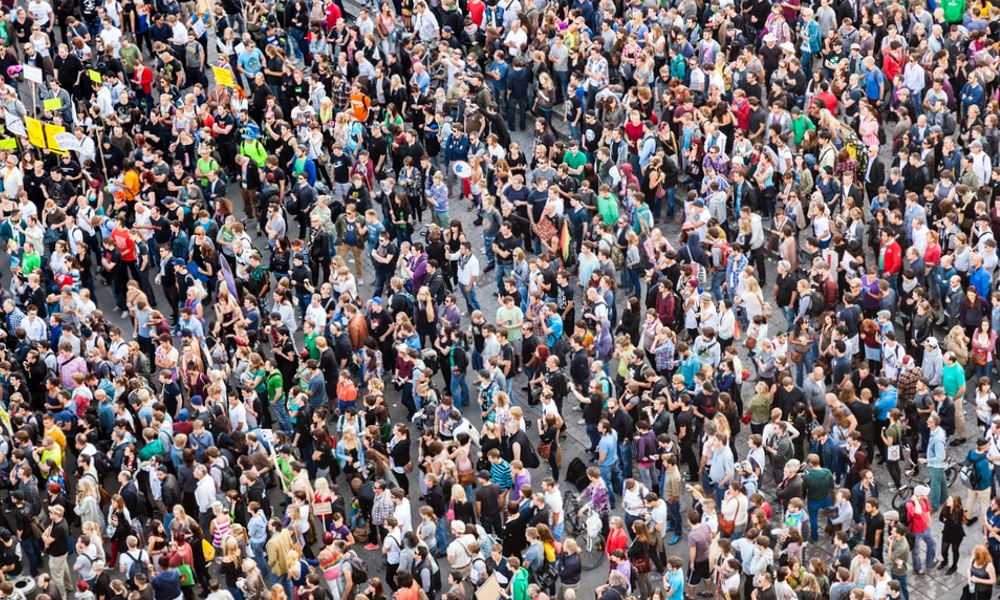 The Tipping Point for Social Change

Alice G. Walton
How many people does it take to set a change in motion? Fewer than you might think.

What does it really take to create change? How many people do you need to shift the balance? The number is smaller than you’d think. A new study from the University of Pennsylvania answers this question with a clever social experiment.

The team recruited people online, in groups of 20, and gave them a little money to agree on certain norms regarding language. Then offered smaller subsets of those groups — four or five people — a little extra cash to try to change the norm. They found again and again that a shift in the views of 25 percent of the group was all it took to tip the balance. Even when the incentives to the original group were larger, in effect enticing them to stick with the original norm, the number required to trigger change still hovered around 25 percent. In one experiment, just one person made the difference in prompting the change.

The results should give hope to people who work for social change, but the tipping point likely works both for good changes and for bad, such as the spread of propaganda or racist actions.

“What we found in repeated trials is that once we hit the magic number of 25%, we saw a dramatic shift in the population behavior where all of a sudden very quickly the majority of people in the population started using the new behavior,” said study author, Damon Centola, in a statement.
ADVERTISEMENT
The results should give hope to people who work for social change, as they suggest that it can happen without a majority. “Our findings present a stark contrast to centuries of thinking about social change in classical economics, in which economists typically think a majority of activists is needed to change a population's norms,” says Centola. “The classical model, called equilibrium stability analysis, would dictate that 51% or more is needed to initiate real social change. We found, both theoretically and experimentally, that a much smaller fraction of the population can effectively do this.”

It’s important to point out that this tipping point likely works both for good changes and for bad, such as the spread of propaganda, internet bullying, or rises in racist sentiments or actions. If you’re trying to encourage people to get on board with a new way of thinking, you may be closer to the tipping point than you think.