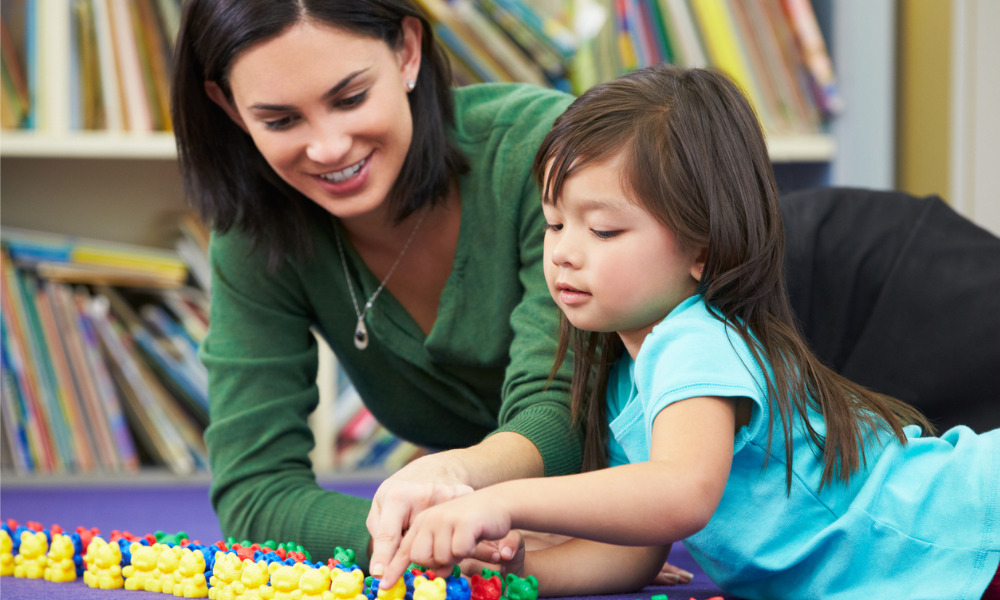 The benefits of early childhood education, particularly for vulnerable children, have long been evident. Now it appears these benefits can extend into middle age, with brain scans revealing surprising changes in a group of adults who received specialized educational and social support as children.

Researchers from Virginia Tech and the University of Pennsylvania were especially interested in the relationship between adult brain structure and a stimulating educational and social environment in early life. Previous studies in animals suggested that the changes produced by such an environment persist into middle age, but this was the first study in humans to report similar findings.

There are complicated and overlapping influences of behavior, environment, social and environmental factors that shape brain development over the life course, but the study’s results clearly indicate the long-term value of enrichment. “We have demonstrated that in vulnerable children who received stimulating and emotionally supportive learning experiences, statistically significant changes in brain structure appear in middle age,” the study’s lead author, Craig Ramey, said in a statement.
ADVERTISEMENT
The study followed children who participated in an early intervention program conducted by researchers at Chapel Hill, North Carolina. Known as the Abecedarian Project, the research began in 1971 and tracked the impact of various environmental and social support services on high-risk children.

An experimental group received five days a week of additional educational support for 50 weeks of the year for five years in addition to the health care, nutrition and social support services provided to all children in the study. These intervention services began early, at six weeks of age, and all patients in the study had been participating continuously since the study's start date in the early seventies.

Brain scans of the experimental group, now in their late 30’s and 40’s, revealed significant changes in key regions of the brain responsible for language and cognition. The cortex, as well as several other structures relating to language and cognitive control were measured. One other structure, the hippocampus, was also measured due to the possible association of its size with childhood trauma and adverse experiences.

Of the 47 structural MRI brain scans that were conducted, 29 belonged to people who had received the Abecedarian educational intervention. Researchers found that the whole brain, including the cortex, was larger in the experimental group than in the control group that did not receive enrichment during the program. “The prefrontal cortex and areas associated with language were definitely affected;” said Ramey, “and to our knowledge, this is the first experimental evidence on a link between known early educational experiences and long-term changes in humans.”

Surprising differences by sex also emerged in the results; the brain changes in males were much more pronounced than those in females. Researchers could not explain these apparent differences but noted that more studies are needed to help scientists better understand these and other study results.

ADVERTISEMENT
If you are a parent or caregiver who is concerned about giving your children an early leg-up to support their long-term brain growth, experts suggest one easy intervention is reading to your kids.

Of course, many factors influence the time and ability caregivers have to provide extra academic support, and so this study might point to the need for similar intervention services to be replicated in other locations. To this point, Ramey says, “We believe that these findings warrant careful consideration and lend further support to the value of ensuring positive learning and social-emotional support for all children — particularly to improve outcomes for children who are vulnerable to inadequate stimulation and care in the early years of life.”

The study is published in the Journal of Cognitive Neuroscience.