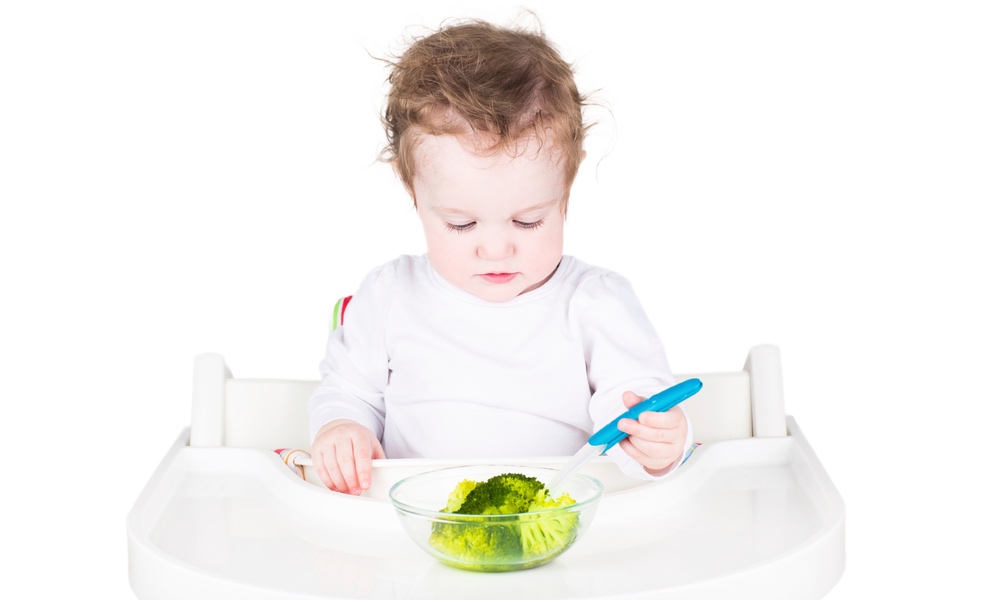 Help for the Food Shy

Beth Fontenot, MS, RD, LDN
Infants' temperaments tend to predict their willingness to try new foods, but that doesn't mean parents should give up presenting them.

Babies are born with their own precious little personalities. Whether they are easy-going, outgoing, temperamental or somewhat on the shy side, a new study suggests their personality traits may affect how they react to new foods.

“From the time they're very young, some infants are more ‘approaching’ and react positively to new things, whereas other infants are more 'withdrawing' and react negatively to the same stimuli,” Kameron Moding, one of the authors of the study, said in a statement.

Sometimes a child has to see the food eight to ten times, but with patience and repetition, eventually a child is likely to try — maybe even like — a food they have repeatedly refused.

Little research has studied whether babies’ personalities affect their response when offered new foods, so researchers at Penn State University decided to investigate.
ADVERTISEMENT
Over 130 mother-infant pairs were brought into a lab. At the ages of six and 12 months, the babies tried a new food and played with new toys. Their reactions were observed and noted as being negative, neutral or positive.

At the age of 18 months, the now-toddlers were allowed to explore a room filled with unfamiliar objects, like a tunnel, an animal mask and a black box, and their reactions were once again observed and noted.

Our temperaments are part of our personalities, and we all fall somewhere between exuberant and withdrawn. People on the extroverted end of the spectrum tend to react positively to new things and situations, while those on the introverted end of the scale tend to be shy.

“Temperament is kind of like a pair of glasses that each person wears. It's the unique way one sees the world,” said author, Cynthia Stifter, a Penn State professor of human development, whose previous research on temperament was the basis for this study. “Everything one responds to is through the lens of who they are, meaning the biology-based individual differences that they're born with.”

ADVERTISEMENT
However, this doesn’t mean a temperamental, picky-eater toddler is destined to never try broccoli. Little ones can learn to like new foods. Parents and caregivers just need to muster patience and resolve, and keep offering new foods that children refuse. Sometimes a child has to see the food eight to ten times, but with patience and repetition, eventually a child is likely to try — maybe even like — a food they have repeatedly refused.