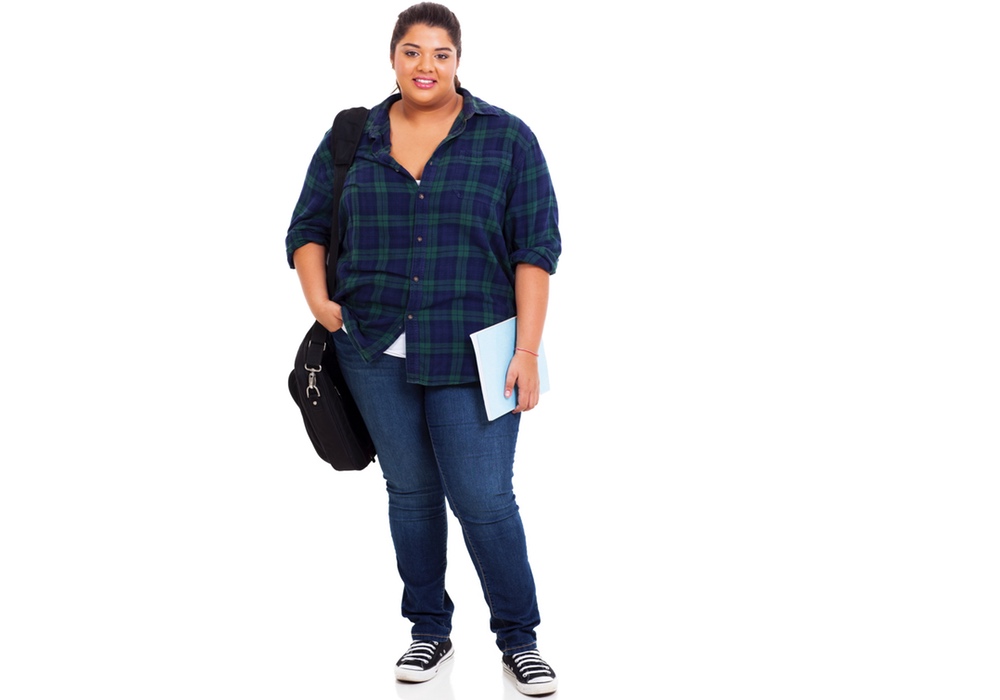 For Teens, Dieting Can Lead to Eating Disorders

Eating disorders and obesity rank among the top three most common chronic medical conditions of adolescents in the United States. And in fact, the two problems often go hand-in-hand, according to a new set of guidelines published recently by the American Academy of Pediatrics (AAP).

Adolescence is a time of extremes, and eating and dieting are no exception. While trying to lose weight, some overweight teens develop eating disorders because they take an extreme approach to dieting and simply avoid food, rather than eating less and more sensibly. They may also try other unhealthful strategies such as skipping meals, exercising compulsively, inducing vomiting or abusing laxatives.

Rather than playing to teens' concerns about their appearance and focusing on dieting and weight, parents and physicians need to help teens understand what a good diet is and to value a healthy, balanced lifestyle — with weight loss as a side effect.

The Clinical Report, published online in Pediatrics by the American Academy of Pediatrics Committee on Nutrition, was developed in response to growing concern about teenagers' use of unhealthy methods to lose weight.
ADVERTISEMENT
Luckily, the same strategy can ward off these problems at both ends of the weight spectrum. Rather than focusing on dieting and weight and playing to teens' concerns about their appearance, the AAP urges parents and physicians to help teens understand what a good diet is and to value a healthy, balanced lifestyle, with weight loss as a side effect.
Teens, Overweight, and Eating Disorders

A person is considered overweight when he or she has a body mass index (BMI) that is between the 85th and 95th percentile for age. Those teens with a BMI that is greater than or equal to the 95 percentile for their age are considered obese.

In teens, dieting is counterproductive to weight management.

Both conditions have been increasing in U.S. teens. Almost 35% of American teens between the ages of 12 and 19 years met criteria for overweight or obesity in 2011-2012. Childhood and adolescent obesity often predispose an individual to being an obese adult. People who are overweight or obese are vulnerable to many physical and mental health conditions from heart disease and diabetes to depression. Teens are no exception.
ADVERTISEMENT
As described in the report, eating disorders such as anorexia nervosa, bulimia and binge eating disorder have increased in the U.S. and are now being diagnosed in children as young as 5 years old. Hospitalizations for children under 12 with eating disorders rose nearly 120 percent from 1999 to 2006. Eating disorders have traditionally been more frequent in girls but are increasing among boys.
What Works, What Doesn't, To Help Teens Control Weight

Because efforts to control one's weight may contribute to the development of eating disorders in some individuals, informed strategies for both problems that will not backfire into further health issues are needed.

Probably the most valuable aspect of the AAP Committee on Nutrition's report, Preventing Obesity and Eating Disorders in Adolescents, are its descriptions of the helpful and not-helpful approaches parents and health care providers tend to use when they talk with teens about their weight.

ADVERTISEMENT
Unsupervised dieting is not the answer.
Dieting is a tough and emotional journey for anyone, but it can be particularly hard on teens who don't yet have the emotional maturity to cope with its ups and downs . As studies cited in the report make clear, restricting calories (rather than eating more healthy food and exercising) to lose weight is a risk factor for both obesity and eating disorders.

In fact, in teens, dieting is counterproductive to weight management. Adolescent girls who diet are more likely to become overweight and to begin binge eating than non-dieting peers. Girls who dieted in 9th grade were three times more likely than their non-dieting peers to be overweight in 12th grade, and dieting among 14-15-year-olds was highly predictive of the development of an eating disorder within three years.

Conversations about weight among family members can be hurtful.
Comments that parents may make about their own or their children's weight — weight talk — can be well intentioned, but coming from his or her parents, it is often perceived as hurtful or critical. Discussion about weight should be focused on specific behaviors rather than individuals, so it it is less likely to have a negative effect on obesity and the risk of eating disorders.
Teasing teens about their weight is even worse.
Family members may think they are being humorous or lighthearted when they tease overweight children about their weight, an all-too-common experience reported by many overweight teenagers. Teasing makes things much worse because it impacts self esteem and body image, and provides no solutions for the teen, making it harder for them to ask for help. It is neither instructional, nor supportive but aims at shaming the victim into better behavior. The occurrence of weight teasing is highly predictive of overweight, binge eating and extreme dieting.
Negative body image has negative outcomes.
When teens don't feel good about their bodies, they make choices that are not always healthful. Studies have shown that half of teen-aged girls and one quarter of boys are dissatisfied with their bodies. This is even more common when the teens are already overweight. These teens are at increased risk for binge eating, overweight and unhealthy weight loss practices that are associated with eating disorders. Additionally, the teens are embarrassed to exercise, join sports teams or participate in gym classes in front of their peers.
Family meals are a great idea.
When families eat together, teens eat better and can learn from their parents' enjoyment of healthy food. They eat more fruits, vegetables and grains, and are less likely to drink carbonated beverages during family meals.

Meals with the whole family at the table can actually be protective against behaviors associated with eating disorders such as binge eating and purging. When families eat together, research suggests, parents can see what their teens are eating and intervene when appropriate. Of course, how parents do this is also important. Relationships between parents and their teenaged children are often strained as teens assert their growing independence and parents struggle to adjust to changing roles.

Health care providers can help individuals and families problem solve weight issues.
The family doctor is often better able to counsel children who are struggling with weight and/or eating disorders. Motivational interviewing, which places the affected individual at the center of planning for change, is particularly effective. Together teens and their doctors can discuss the patient's readiness for change and work collaboratively to come up with a healthier eating plan, rather than imposing external guidelines on an unwilling patient. It is based on the premise that until an individual is personally ready to take on the challenge, interventions will be unsuccessful.
Parents, You Are Role Models

An integrated approach to the challenges of both obesity and eating disorders is what the guidelines recommend. Poorly informed and poorly monitored attempts to treat obesity — by parents and physicians — can prompt teens to develop eating disorders. As the suggestions above make clear, there are many avenues of treatment for obesity that can decrease this risk.

Focus discussions about weight on specific helpful behaviors, rather than on individuals.

Family involvement, including the adoption of a healthy family life style that incorporates nutrition and exercise, is one of the most effective ways to help teens develop a healthy relationship with food. The AAP report emphasizes that parents need to step in and serve as role models for good health and to provide healthy food and beverage choices for their children. Parents may need to take the time to educate themselves so they are aware of the risks of both obesity and eating disorders and can be alert for eating disordered behaviors (purging, excessive dieting etc.) being used inappropriately for weight loss.

If you are concerned about your child's diet, don't opt for denial. Talk with your teen's primary care providers to see if they also see signs of eating disordered behaviors and for guidance in the kinds of recommended approaches for weight loss that are most likely to help overweight family members.