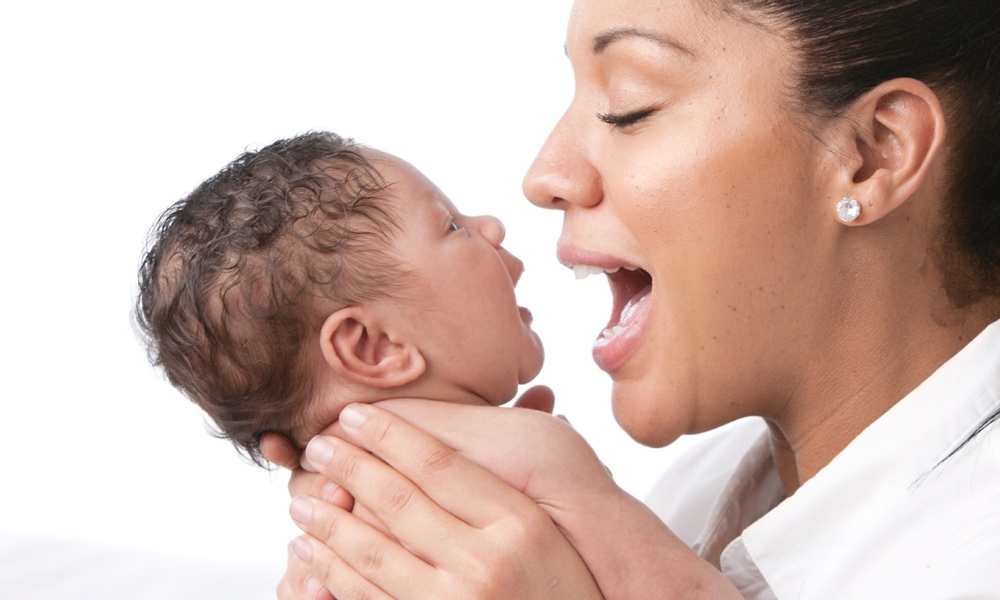 Alice G. Walton
Babies calm down faster — and longer — when they hear singing.

Parents often sing to their babies, but many of us may not use this form of communication as much as we should. Babies seem to find singing much more calming than talking — even baby talk — according to the results of a new study. And playing music in another language may work even better.

“Many studies have looked at how singing and speech affect infants' attention, but we wanted to know how they affect a baby's emotional self-control,” said study author Isabelle Peretz. “Emotional self-control is obviously not developed in infants, and we believe singing helps babies and children develop this capacity.”

Some parents have an angry response, rather than a comforting response, to a baby’s cry. Playing music for their children is a way to keep their babies, and perhaps themselves, calmer.

It’s hard to tell how much babies respond to or enjoy music, but Peretz and her team used crying as a measure to determine how music in two languages, regular talk and baby talk affected the baby’s mental states.
ADVERTISEMENT
In older kids and adults, the pleasure music brings means that we clap, or move our bodies, to the music to show our interest. But babies can't do this. “Infants do not synchronize their external behaviour with the music,” Peretz explained, because they don't have physical coordination to do so, but she figured they still might find music engaging mentally.

The team used a Turkish song to see how it affected the babies — they wanted the song to be in a different language so there was no chance that familiarity of the language influenced their reactions. They had each baby sit on his or her mother’s lap, facing out so that the baby couldn’t see the mother’s face. The babies heard music played, or speech in normal adult-style talk or in baby talk.

The findings leave little doubt about the benefits of singing songs and nursery rhymes for maintaining infants' composure, Peretz said. “Even in the relatively sterile environment of the testing room — black walls, dim illumination, no toys, and no human visual or tactile stimulation — the sound of a woman singing prolonged infants' positive or neutral states and inhibited distress.”

ADVERTISEMENT
Playing the songs in French, the Montreal-born babies’ home language, kept the babies calm for about six minutes. So it may be partly the novelty of another language — here, Turkish — that had the babies remaining calm for an especially long time.

The results help some parents interact with their babies better. Some parents have anger responses, rather than a comforting response, to a baby’s cry: They may benefit from playing music for their children as a way to keep their babies, and perhaps themselves, calmer.

Infant distress usually prompts parents to comfort children, but they produce frustration and anger in some at-risk parents, and lead to insensitive responding and to infant neglect or abuse, Peretz said. “At-risk parents within the purview of social service agencies could be encouraged to play vocal music to infants and, better still, to sing to them.”

So the next time your baby is fussing, try playing music — even better, try another language, for the full effect.

And, unless you just enjoy it, you can stop some of the baby talk: Babies seem to enjoy adult-like speech just as well. And they’re certainly more in sync with music than we may give them credit for.

ADVERTISEMENT
The study was carried out at the University of Montreal, and published in the journal Infancy.