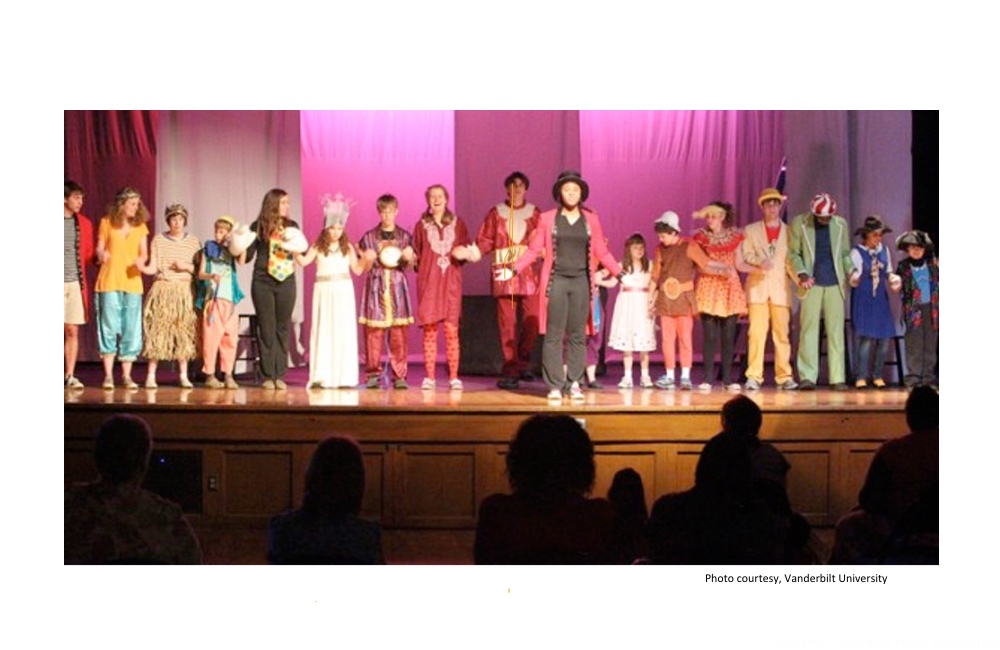 Actors spend their time bringing the thoughts, feelings and emotional responses of other people — the characters they play — to life. To do this they spend a certain amount of time observing and thinking about other people.

That is the reasoning behind a theater therapy program designed to improve the social abilities of children with autism spectrum disorder (ASD).

Children on the autistic spectrum struggle with social competence and social comfort. Acting not only exposes them to other characters, but also working with other people. It can also serve as a valuable kind of therapy for the children according to Blythe Corbett, an investigator with the Vanderbilt Kennedy Center.

At the end of the 40-hour treatment, the ASD children in the program and the peer actors who worked with them performed together in a play.

Seventeen children participated in a 10-week, 40-hour, theater program developed by Vanderbilt University researchers. The study is published in the Journal of Autism and Developmental Disorders.
ADVERTISEMENT

Another 13 children were part of a control group that received no theater training.

Children in the SENSE Theatre group learned acting skills such as role-playing and improvisation. And in doing so they gained useful social skills. They became better at identifying and recognizing faces and socialized more with other children, even outside the theater setting, compared to those in the control group. Communication with family and in the community was also better, the study found.

“We measured many aspects of social ability and found significant treatment effects on social cognition, social interaction and social communication in youth with autism,” Corbett said in a statement.

The goal of the program was to provide a supportive and engaging way to practice and perform social skills. At the end of the 40-hour treatment, the children in the program and the peer actors who worked with them performed together in a play.

“Peers can be transformative in their ability to reach and teach children a variety of fundamental social skills,” Corbett said. “And, combined with acting techniques that enhance our ability and motivation to communicate with others, the data suggest we may be setting the stage for lasting changes in how our children with autism perceive and interact with the social world. ”