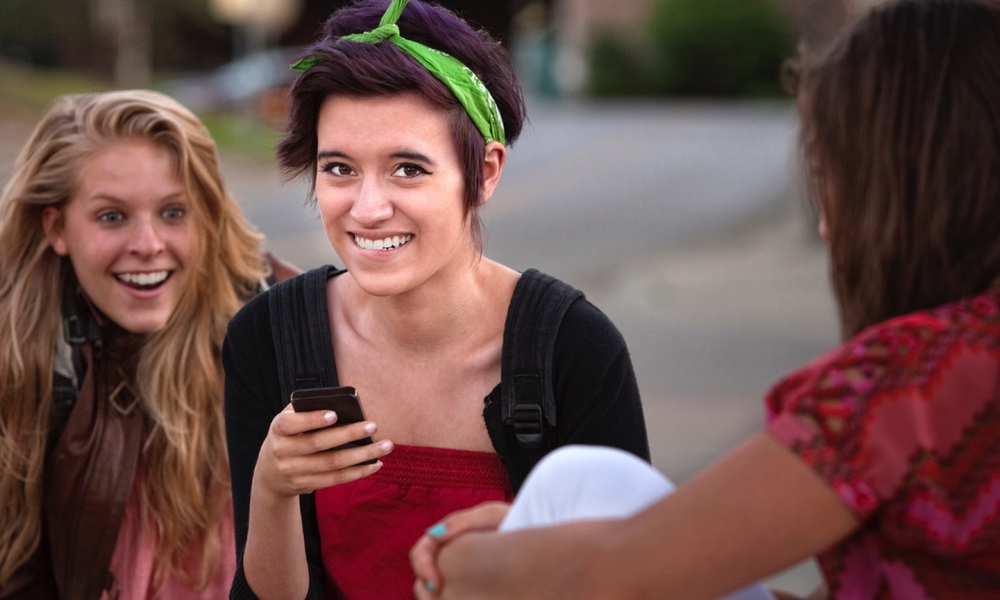 Where Teens Go for Health Information

Esther Entin, M.D.
Most teenagers get health information from the Internet. But guess who they listen to most?

Teens turn to the Internet for health information for themselves, their friends, and their family members. That makes it a very good way to reach them with information that will help teens make safe and healthy choices, according to a recent survey.

But not all the information they find is helpful, or even accurate. And some encourages very unhealthy behaviors.

Almost 1200 teens, from 13- to 18-years-old, answered questions about their use of the Internet, mobile apps, social networking, electronic gaming, and wearable devices for health-related information.

An impressive 32%, almost one-third of teens surveyed, said that they changed their behavior as a result of online information or other digital health tools.

Researchers at Northwestern University reasoned that if they could determine the role these technologies played as teens looked for information, they could use the technologies to educate and connect with this vulnerable population.
ADVERTISEMENT

The results cast some light on potential ways to reach teens with accurate, age-appropriate health information.

A Popular Destination for Health Information

When teens were asked about all sources of health information, they ranked parents first. Health classes and health care providers were second and third. The Internet came in at fourth place, closely behind providers.

About a quarter of the teens surveyed had used digital health tools such as mobile apps (21%), digital games (12%), and wearable devices like FitBit (7%). An impressive 32%, almost one-third of teens surveyed, said that they changed their behavior as a result of online information or other digital health tools. Reported changes were often related to diet, nutrition, and fitness.

Teens often used the Internet to work on health-related school assignments, as well as looking for health information to learn how to better take care of themselves. Although some teens reported getting health information from social networking sites, many were cautious about this as a source and indicated that they were more likely to come across information while on these sites for other reasons, rather than going to them for health information.

One-third of online health information seekers used the Internet to check out their own symptoms when they developed a health issue, injury or illness and about a quarter of online users researched health issues related to family or friends.

ADVERTISEMENT
Smart About Privacy, Not-So-Shrewd When It Comes to Search Engine Results
Eighty-eight percent of teens said they would not post health-related questions or look for advice on a health-related issue on a social networking site because of concerns about privacy and data mining.

The teens showed some savvy and not-so-savvy Internet skills. They used search engines such as Google when researching health topics, but they typically only read the first site that was recommended. Encouragingly, teenagers were more likely to trust domains that were from government, educational or non-profit organizations (.edu/.gov/.org), as opposed to those with a .com domain, and did not routinely use sites that were expressively created for teens.

Of course, not all the health information teens seek is healthy. Forty-one percent of the teens also reported access to “negative” health information online including how to play drinking games, how to obtain tobacco and other nicotine products, how to be anorexic or bulimic, how to get or make illegal drugs. Forty-three percent reported viewing online pornography.

The popularity of the Web suggests its potential to educate teens and influence their health behaviors. It also means that parents, teachers, and health care providers may want to be aware of teens' sources of health information and perhaps guide them to reliable sites with age- and developmentally-appropriate information.

When teens were asked to name the health issues most important for people their age, they listed drug and alcohol abuse, STDs, pregnancy, avoiding diseases, stress or anxiety, depression or other mental health issues, domestic violence, sexual assault, and sleep. When they were asked which issues were most important to them personally, they mentioned avoiding disease, fitness, diet and nutrition, sleep and dental health, STDs, stress or anxiety, drug and alcohol abuse.

The researchers conclude that “The Internet is not replacing parents, teachers, and doctors, it is supplementing them.” They note that their study shows the importance of providing accurate, appropriate and accessible online information to teens.

The survey, “Teens, Health, and Technology” is available here.