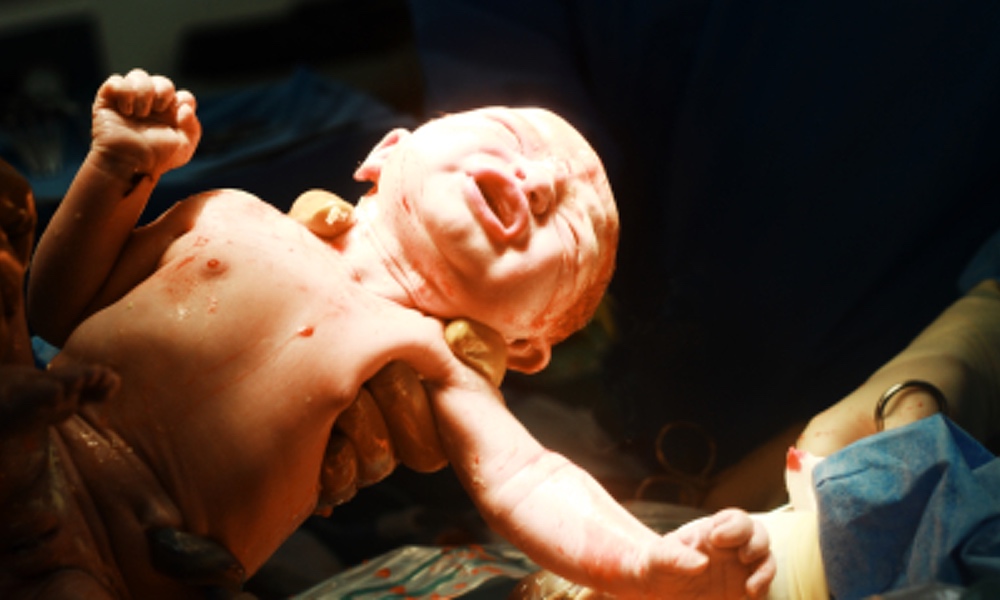 Esther Entin, M.D.
Vitamin K Deficiency Bleeding is on the rise, thanks to parents who refuse preventive treatment.

The measles outbreaks in California and measles death in Washington State have made more people aware of what can happen when parents choose not to immunize their children.

But according to a recent report in the Journal of Emergency Medicine, there's another threat looming — uncontrolled bleeding in infants whose parents have made the decision to refuse the standard Vitamin K injection given to newborns at birth.

The case report describes a 10-week-old boy who had had a gradual increase in fussiness for two weeks. His parents brought him to the ER because they had seen flecks of blood in his stool.

Despite the evidence, some families are refusing the Vitamin K treatment for their newborns. In one birthing center in Tennessee, a CDC investigation found that 28% of parents had refused the shot.

The infant was quite pale, and when doctors tested his blood, the infant was found to be profoundly anemic and was bleeding into his brain. The patient was diagnosed with late-onset vitamin K-deficient bleeding (VKDB), the result of his parents' refusal of the vitamin K shot doctors offered them at birth.
ADVERTISEMENT
Why Babies Need Vitamin K

Babies are born with only 30-60% of the Vitamin K that adults have. The vitamin does not cross the placenta from the mother's blood into the babies' blood, and babies have no Vitamin K-producing bacteria in their intestines at birth. Breastmilk contains little Vitamin K and formula, while supplemented with the nutrient, is still low in Vitamin K.

The bacteria that colonize the bowels of breast fed infant is primarily lactobacillus. This species does not synthesize Vitamin K. It takes several months for intestines of infants to become colonized with the type of bacteria that make the vitamin.

Vitamin K Deficiency Bleeding (VKDB) or hemorrhagic disease of the newborn is the term given to unexpected bleeding in previously healthy newborns. It can occur early — from birth to two weeks; or late — from two to 12 weeks. In either case, It can have long-term consequences and catastrophic outcomes.

The American Academy of Pediatrics has recommended Vitamin K supplementation at birth for all infants since 1961. It is administered as a one-time intramuscular shot.

The shot has been found to be extremely effective in preventing VKDB in the U.S. and worldwide. Injection delivery of Vitamin K is much more effective than the oral form which has not proved to be reliable.

Intramuscular Vitamin K injections do not appear to have any serious side effects. An article was published in 1990 briefly raising concerns that Vitamin K administration was associated with an increase in cancer including acute leukemia. This has been disproven by numerous studies since that time.

Today there is consensus among experts that there is, in fact, no association with Vitamin K and childhood cancer. Recent evidence for genetic predisposition and prenatal origins of acute leukemias add support for this position.

Despite the evidence, some families are refusing Vitamin K prophylaxis for their newborns. In one birthing center in Tennessee, a CDC investigation found that 28% of parents had refused the shot. Consequently, physicians are seeing an increase in VKDB in young infants who are often presenting with significant complications from internal bleeding.

The boy in the Journal of Emergency Medicine case report mentioned earlier ended up being admitted to intensive care. He required transfusions until his coagulation factors became normal and he was otherwise stable.

The Takeaway For Parents and Caregivers

VKDB should be suspected when previously well infants develop unexplained symptoms that suggest blood loss and anemia. The authors suggest that all parents be questioned about Vitamin K refusal to determine whether their infants are at risk for hemorrhagic disease.

Pregnant women and new parents need to understand the value of Vitamin K injections before and after delivery so they can make educated choices. Parents who are concerned about the shot should confer with their health care providers about the known risks and benefits.