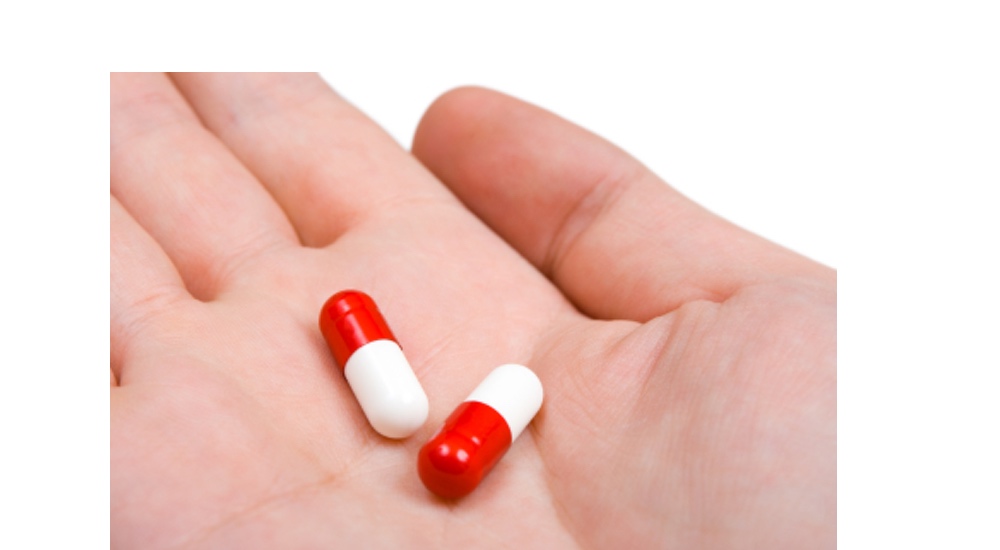 Esther Entin, M.D.
Antipsychotic drugs can be lifesavers for kids. But parents, you have a major role to play.

There has been a marked increase in prescriptions of antipsychotic medications to children and teens for treatment of mental health and behavioral disorders. These medications often provide needed relief to children suffering from difficult disorders, but they have potentially severe side effects and must therefore be chosen and monitored with extreme care.

When a physician prescribes medication for a child, the parents should make sure they understand the risks and benefits of the drug and the potential side effects. This is especially important when children are taking medications for chronic conditions that may require long-term treatment, or when they are prescribed medications that have not been extensively studied in the younger population.

Parents of children and adolescents being treated with antipsychotic drugs need to be both strong advocates and careful monitors of their children's care. They should not hesitate to ask questions, raise issues, and describe any symptoms they are worried about.

Reassuring — and Worrisome — Findings
ADVERTISEMENT
A recent study looked at the prescribing patterns of antipsychotic medications for children and adolescents to determine which types of medical providers were choosing these drugs, what treatment alternatives had been explored, and how the children were being monitored for side effects.

Researchers at the University of Vermont examined the prescribing records for almost 700 Vermont Medicaid-insured children receiving antipsychotic drugs over a four-month period. They found that in about 90% of cases, the choice of antipsychotic medication was appropriate to the patient's diagnosis and that the choice was made after some other alternatives had been explored.

Aggression and mood instability were the two primary symptoms for which antipsychotic medications were prescribed to children and teens.

However, only half the children had been monitored for side effects, particularly metabolic side effects. This is a concerning finding, and it makes clear the role parents can play in making sure that their children receive safe and effective treatment. By learning about the medications and working with their children's health care providers, parents of children on antipsychotic medications can safeguard treatment and potentially improve outcomes.

Here's what parents need to know.

ADVERTISEMENT
Antipsychotic Medications Most Commonly Prescribed to Children and Teens

These drugs may also be used for other diagnoses and behaviors including: disruptive behavior, conduct disorder, aggression, eating disorders, and post traumatic stress disorder when other treatments, including other medications and psychotherapy, such as cognitive behavioral therapy, have failed to reduce symptoms and behaviors sufficiently.

Aggression and mood instability were the two primary symptoms for which antipsychotic medications were prescribed for children and teens, the Vermont study found. Over 90% of the prescriptions written for children were for risperidone, quetiapine, and aripiprazole.

ADVERTISEMENT
Side Effects
Antipsychotic drugs can cause serious side effects in both adults and children. Movement disorders, metabolic problems, weight gain, and drowsiness are common. Blurred vision and dry mouth are also frequent. There is some evidence that these side effects occur more often in children.
Tics and Unusual Movements
Movement disorders related to the use of antipsychotics include rigidity, persistent muscle spasms, tremors, restlessness, and, perhaps most concerning, tardive dyskinesia. This is a condition that results in uncontrollable repetitive muscle movements that may remain even after the medications are discontinued. Tardive dyskinesia often involves the facial muscles, especially around the mouth, so that the person appears to be grimacing.

Weight gain is commonly seen with some of the antipsychotic medications and can be difficult to control.

If a parent notices any unusual movements, tics, twitches or mouthing movements, she should report it to the doctor as soon as possible and schedule an appointment for a full evaluation. A parent should never discontinue a medication without consulting the child's physician first, as an abrupt discontinuation may worsen the condition.

The American Academy of Child and Adolescent Psychiatry (AACAP) recommends that a standardized measurement called the Abnormal Involuntary Movement Scale should be administered at the start of treatment, and at intervals during the treatment, in order to formally monitor the possibility of movement disorders. The AIMS is a brief series of questions and observations that can be administered by the physician in the office.

Weight and Metabolic Problems
Weight gain is commonly seen with some of the antipsychotic medications and can be difficult to control. It appears to be worse with olanzapine, and least with aripiprazole and zisprasidone.

Antipsychotic medications can also cause significant metabolic changes including disorders of insulin and lipids. These changes may lead to the development of diabetes and heart disease.

The AACAP also recommends that clinicians take a complete family cardiac history, a patient history of fainting or palpitations, as well as a cardiac exam. An EKG should be done if there is any information suggestive of increased risk, and follow up monitoring depending on the findings of the initial screening and the patient's exam and symptoms reports.

If a child or teen develops any heart symptoms while under treatment, further evaluation should be obtained.

Who Prescribes, Who Monitors?

Both primary care providers and mental health specialists can prescribe these drugs. The Vermont study found that about half of the prescribers were psychiatrists or psychiatric nurse practitioners and half were primary care doctors such as pediatricians and family physicians.

Often (42% of cases) the medications had been started by behavioral health specialists, but over the long term, patients were mostly followed by their primary care providers, who continued to write their prescriptions.

Monitoring for weight gain and metabolic changes is critical to safe use of antipsychotics.

While this collaboration can work well, especially in areas that lack access to specialists, primary care providers may not be as experienced in managing side effects and making decisions about dose changes and discontinuation of medications.
Know Your Child's Treatment Options

There are several other classes of psychiatric medications and types of psychotherapy that are appropriate first line therapies for many behavioral problems. In the study population, only 5% of cases showed that antipsychotics were used first line. Appropriately, stimulants and antidepressants were commonly tried first.

Almost 30% of patients had tried non-pharmacological treatments prior to medication, but researchers found that only 15.5 % had tried cognitive behavioral therapy despite the fact that CBT is an evidence-based treatment for many behavioral diagnoses including anxiety, depression and oppositional behavior.

“Part of our concern is that these medicines may be getting pulled out too early in the treatment planning for things like oppositional behavior, ahead of things like behavioral therapy that could be tried first,” David Rettew, one of the researchers and director of the Pediatric Psychiatry Clinic at the University of Vermont Medical Center and the Vermont Center for Children,Youth and Families, said in a statement.

How to Help Physicians Do the Right Thing
Doctors need a complete treatment history in order to make sound clinical decisions. Parents may wish to obtain records from previous providers to bring to their children's evaluations including names, doses and dates of previous medication therapies, as well as behavioral interventions and psychotherapies that were used.

As mentioned earlier, the lack of consistent monitoring for metabolic side effects was the most troubling discrepancy between treatment recommendations and actual practice that Vermont researchers found. Only about half of the young patients had regular laboratory screening for metabolic abnormalities (weight, glucose, lipids). Those who did were more likely to be treated by psychiatrists than primary care practitioners.

Parents should schedule regular follow up appointments and blood tests for the children throughout the duration of their treatment.

This is a significant finding because monitoring for weight gain and metabolic changes is critical to safe use of antipsychotics. Obesity is associated with multiple health problems, including cardiovascular disease, diabetes, knee and joint injury, abnormal lipids and elevated blood pressure.

Parents should discuss the risk of weight gain with their child's provider, consider a referral for nutrition and exercise counseling, and schedule regular visits to obtain weight and body mass index (BMI) measurements. Appropriate interventions should be instituted if weight or BMI become excessive, including increased monitoring of blood sugar and lipids.

Children and teens taking antipsychotic drugs should also be monitored closely for clinical signs and symptoms of diabetes (such as increased thirst, increased urination) and have their blood glucose levels checked regularly. Similarly, because the atypical antipsychotics can cause elevations in cholesterol and blood fats, they should be measured frequently. This means parents have to schedule regular follow up appointments and blood tests for the children throughout the duration of their treatment.

Dosing and Drug Interactions
The American Academy of Child and Adolescent Psychiatry (AACAP) recommends that providers aim for the lowest effective dose in order to minimize the risk of side effects in children and teens. The dose should not be greater than the dose used for adults.

Many children are on several psychotropic medications in an effort to address multiple behavioral and psychiatric problems. These may include antidepressants, stimulants, anti-anxiety drugs and sleep medications. There is limited long-term data on the safety or effectiveness of these combinations. Careful consideration should be made prior to the use of multiple medications and efforts should be made to safely wean current medications while starting new ones.

Once children are started on psychotropic medications, they are often kept on them indefinitely, which is not always necessary. Depending on the illness being treated, the expected course of the condition, and the setting in which the child is functioning, it may be possible to discontinue the medication, modify the dose, or change to another form of therapy.

It is never safe to abruptly discontinue a psychotropic medication, as withdrawal or recurrence of target symptoms may occur.

Regular reassessment should be made of all factors including the risks/benefits of the treatment. However, it is never safe to abruptly discontinue a psychotropic medication, as withdrawal or recurrence of target symptoms may occur. Stopping a medication must always be done with the advice and monitoring of a physician and with a plan for gradual tapering.

Anytime a child or teen is being treated for a health care problem, parents have a major role in the initial decision making, ongoing monitoring, and ensuring that children continue to comply with treatment and follow up. In the case of treatment with atypical antipsychotic medications, research has shown that while some guidelines are being followed appropriately by prescribing physicians, others, especially monitoring for metabolic side effects, are not. That's why it is crucial for parents to oversee and participate in their children's care.

The study is published as a practice parameter by the American Academy of Child and Adolescent Psychiatry.