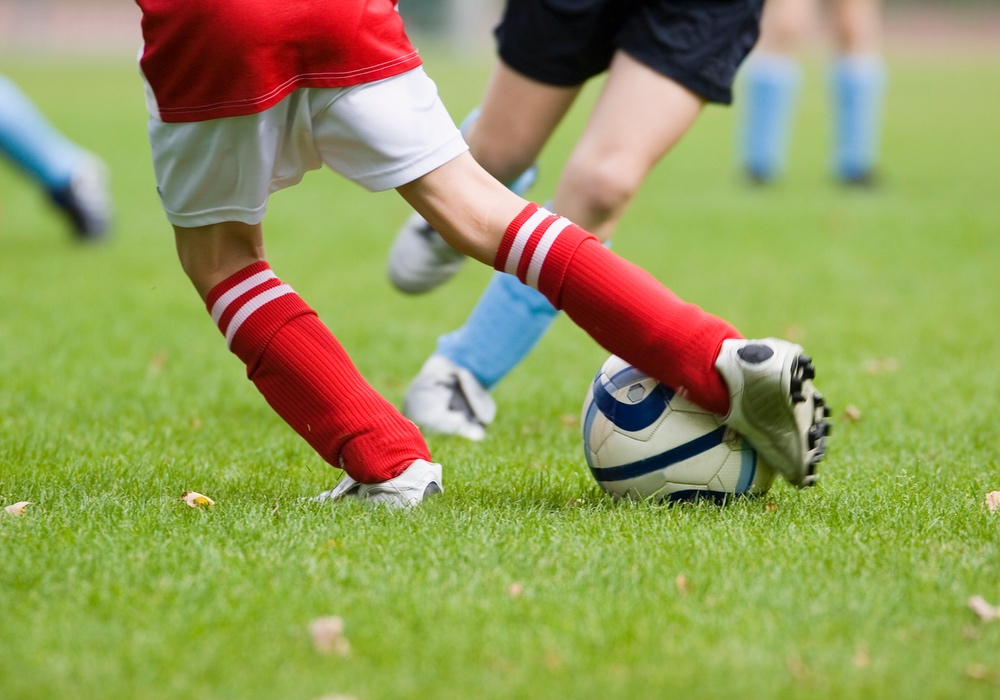 Go Outside and Play!

Summer can be a perfect time to modify old habits, develop new routines, and explore new options for hobbies and activities. It is also, of course, a great time to be outside.

Parents concerned about their children's lack of activity should know that simply getting kids outside can make a big difference in their health. The time to set this in motion is now, while the days, in the Northern hemisphere at least, are long and kids are out of school.

A recent study highlighted the need for children to spend more time outdoors. While this study focused on time spent outdoors after school, the message is clear that children need encouragement and perhaps even the help of some adult examples to change they way they spend their free time. What’s at stake is physical fitness and future health.

Summer is a great opportunity to introduce or reintroduce children to the delights of outdoor play.

The guidelines recommend that youth get 60 minutes of moderate to vigorous physical activity (MVPA) per day. This level is rarely achieved. The reasons are simple and well-known to most parents: Environmental factors like a fewer playgrounds and recreation areas, kids' interest in screen-based activities, and less time spent outside.
ADVERTISEMENT

Those who are concerned about the growing epidemic of overweight, obesity and poor fitness in children have called for more outdoor time in the after-school time period to increase opportunities for MVPA. But there have been few studies that document a connection between such measures and increased physical activity and improved health.

Ten Minutes Is Not Enough

During the school year children get most of their daily physical activity during school hours. They achieve on average only 10 minutes of MVPA after school. A recent Canadian study published in the journal Pediatrics looked at how the amount of time a child spent outdoors during after school hours affected their MVPA and how this might affect their health.

ADVERTISEMENT
The Study
Over 300 preteens and teens, ages 12 to 15, were studied. Kids filled out questionnaires and described how much time they spent outdoors including both organized activities and free play.

Students wore waist-mounted accelerometers which tracked their level of activity for a week. Based on the readings, their physical activity intensity was rated as sedentary, light intensity, moderate intensity, or vigorous intensity.

Benefits can last into the school year as children remember the fun they had playing tag, soccer, or bike riding outside.

Cardiorespiratory fitness was also checked, using a standard exercise run; systolic blood pressure was classified based on percentile for age sex and height; and weight status was determined by BMI indices.
ADVERTISEMENT
The Results
Seventeen percent of the students did not go outdoors after school. Forty-four percent indicated they spent some time, and 39% reported that most of all of their time after school was spent outdoors.

The children who reported spending most of their time outdoors were younger and more likely to be male. As expected, MVPA increased and sedentary time decreased with more outdoor time.

Homework demands on older students undoubtedly had some effect on these outdoor activity levels, but it is probably safe to say, given the hours teens on athletic teams put in, that even older children have time to spend a hour or so outdoors after school.

When children spend more time outdoors, the data show, they engage in more physical activity and have better heart and lung power than their more sedentary peers. These children are also less likely to become overweight or obese.

More active children spent almost 20 additional minutes of MVPA per day, and they were found to be about three times more likely to achieve recommended levels of daily physical activity compared with their indoor peers.

“[T]taken together, these data support the concept of promoting outdoor time for achieving health benefits in youth,” the researchers write. They point out that cardiorespiratory fitness is an important influence on metabolism in teens and this can be modified by behavior changes that address exercise. They suggest that increasing outdoor activities should be a goal of both school day and after-school programs.

Parents may also wish to contact their school departments to urge increased outdoor time as part of after-school and childcare programs.

Summer is a great opportunity to introduce or reintroduce children to the delights of outdoor play. Organized and spontaneous sports, community recreation programs, and emphasis on decreasing screen time and increasing physical activity are all options that parents can pursue.

Choose summer camp programs for their emphasis on physical activity and outdoor play. Work to change family screen habits. Both can have benefits that last into the school year as children remember the fun they had playing tag and bike riding outside.

Parents may want to contact their health care providers or local community centers for developmentally appropriate outdoor, recreational opportunities and programs for their children. They should look for ways to introduce outdoor family activities such as backyard games, neighborhood bike rides and walks, and outdoor activity-based family vacations. Parents may also wish to contact their school departments to urge increased outdoor time as part of after school and childcare programs.