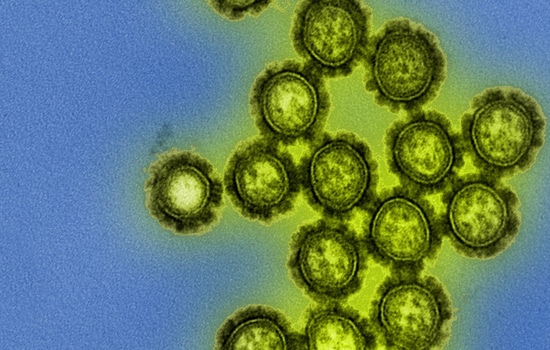 Your Viral History in A Drop of Blood

Neil Wagner
What if you doctor could see every virus your body has ever encountered in one drop of blood? It's possible.

A single drop of blood can be used to detect viral infections, past or present, from over 200 different species of virus at the same time. The new test is a vast improvement over standard viral testing, which can only detect one single species of virus per test. And the new test costs about the same as the old one does.

Right now, if a doctor suspects that someone has a viral infection, he or she has to guess which virus to search for. With the new test, called VirScan, doctors don't have to guess, they can check for all known infectious viruses, even rare ones, at the same time.

VirScan, which tests for these antibodies, can detect old infections as well as new ones, giving a personal viral history.

Currently, the developers can only handle 30 to 50 samples per day. They expect that to increase dramatically over time.
ADVERTISEMENT
VirScan has already produced some intriguing results, finding that people tested have, on average, antibodies to 10 different viruses circulating in their blood, and that individuals in South Africa, Peru and Thailand tend to have antibodies against more viruses than people in the United States do.

When people are infected with a virus, their immune system produces antibodies that try to deactivate and destroy the invading virus. We continue to produce those antibodies even after the infection is cleared, sometimes for decades. So VirScan, which looks for these antibodies, can detect old infections as well as new ones, giving a personal viral history.

To test for all the viruses known to infect people required chemical information, a complete library of all the proteins that over 1,000 different strains (such as the various strains of flu virus) of 206 different virus species produce. And many copies of each protein would be needed, since one copy would only be enough to perform one single test.

How the researchers did this is a story in itself, but the short version is that they found it much easier to produce a complete library of protein pieces, called peptides, than to manufacture whole proteins.

Aside from adding to the general knowledge base, more testing is expected to lead to practical benefits such as better vaccine design.

For the actual test, a drop of blood is mixed with all the different peptides. Antibodies in the blood will react with their target peptide, forming a clump, and the peptides that don't react can then be easily washed away. The scientists then analyze the peptides in the clumps and match them to the viruses that normally produce the peptides
ADVERTISEMENT

Initial tests of VirScan's reliability were performed on people with known viral infections, such as HIV and hepatitis C. Both its sensitivity and specificity were good, comparable to the current ELISA test, and false positives were not a problem. Researchers noted that people infected with HIV had antibodies to more different viruses than people without HIV did.

Because it has been difficult to test for viruses — even impossible to find some — medical scientists have not usually done much viral testing. This is likely to change. And the new test may one day lead to practical benefits such as better vaccine design.

The researchers say that their work has already identified more antibody/viral peptide interactions than had been identified in the previous history of all viral research. While that may sound like hyperbole, it's an indication that VirScan will reveal much new knowledge in the future.

An article on VirScan appears in Science.