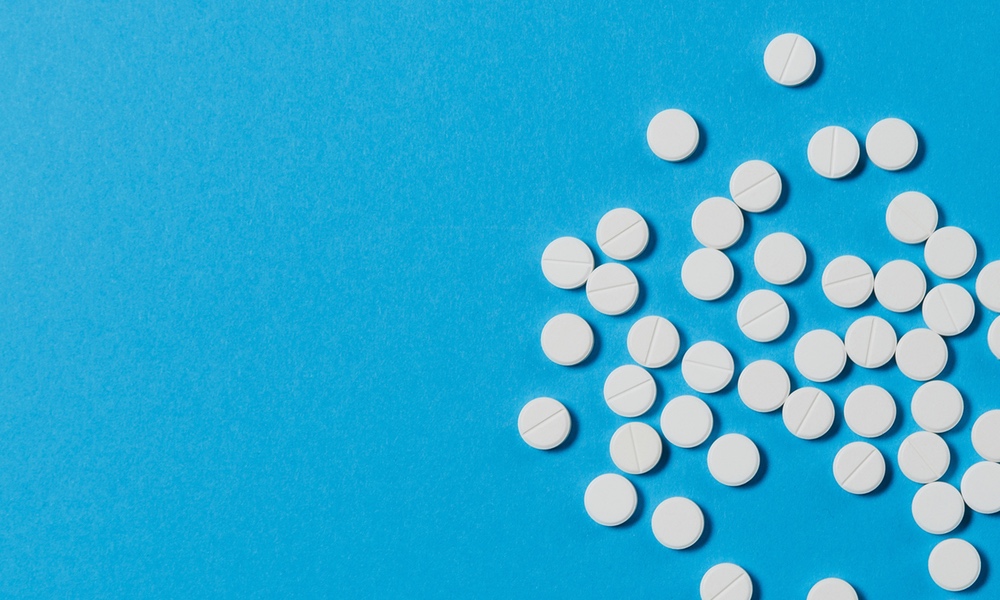 Aspirin for Heart Disease? Less May Be More

Robin Westen
Low-dose aspirin offers undeniable benefits for heart patients, a study finds. There are some risks, so talk to your doctor before starting to take it.

Our hearts are having a tough time. According to the American Heart Association, nearly half of all adults in the United States have some type of cardiovascular disease. The good news is there are procedures, life style changes and medications that can help.

One common practice is for doctors to recommend aspirin as a way to prevent blood clots in patients who have already experienced cardiovascular events – whether it’s clogged arteries that required a stent, by-pass surgery or a heart attack. But a question remained in the medical community about whether it was best to recommend a regular dose of aspirin or the low-dose version.

If your doctor prescribes it, taking a daily aspirin can be helpful; but be aware that daily use of aspirin can have serious side effects, including internal bleeding.

To help find the answer, researchers at Duke University sent out an invitation to heart disease patients in 40 U.S. health centers across the country. They reached out either through email, a phone call or by snail mail, and ended up with over 15,000 participants. Half the patients participating were randomly assigned to take a smaller dose of 81 mg of aspirin daily; the other half were told to take a regular adult dose of 325 mg of aspirin each day.
ADVERTISEMENT
Nearly all the participants were taking aspirin before the study began and, of those, 85 percent were on the lower dose. That’s why the researchers reported that it was an uphill task right from the start of the study to get people to use the dose they were assigned, if it was higher than what they were initially taking. Every three to six months the participants responded to follow-up questions on the study’s website.

The results, reported in the New England Journal of Medicine, were complicated by these independent actions. Nearly 41 percent of those assigned to take the higher dose switched at some point to the lower dose. Another smaller group of patients stopped the higher-dose aspirin altogether. Although both these factors may have had an effect on the reliability of the study, one conclusion was not in doubt.

“We found that both doses had similar effectiveness and while there were differences in dose switching between the groups, generally patients with heart disease should take low-dose aspirin given its tolerability and no clear benefit with higher doses of daily aspirin,” lead investigator, Schuyler Jones, of the Duke Clinical Research Institute, said in a news release.

But no matter whether it’s a high or low dose, taking a daily aspirin if your doctor does not prescribe it, is discouraged. According to the American College of Cardiology, daily use of aspirin can have serious side effects, including internal bleeding.

Besides taking daily aspirin, there are other things you can do to keep your cardiovascular system healthy. Here's what the American Heart Association recommends: