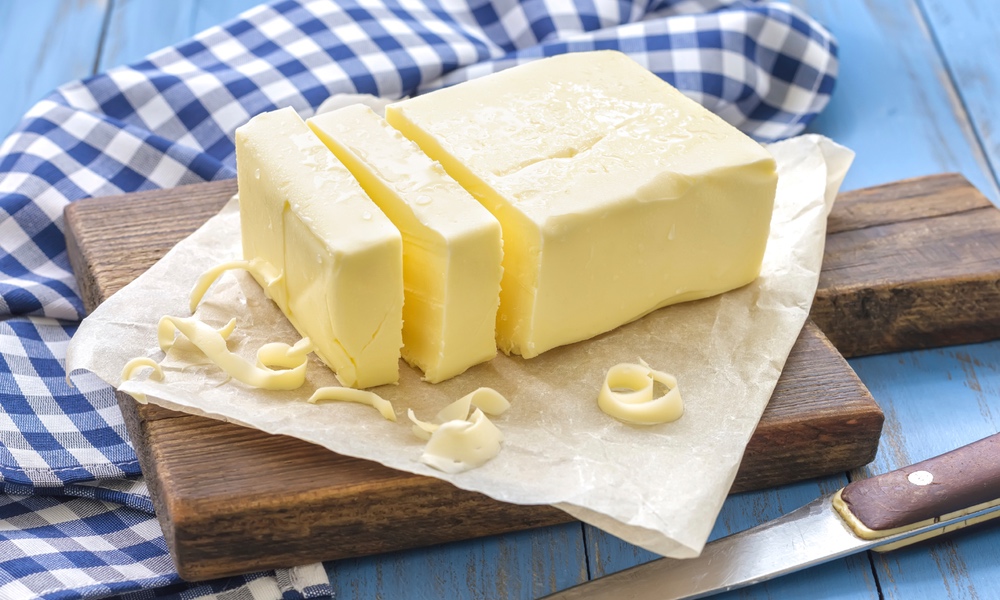 Beth Fontenot, MS, RD, LDN
Vegetable oils are not the heart-healthy improvement over butter that we've been led to believe.

People have been advised to replace saturated fats with vegetable oils, like corn oil, for over fifty years. And while this advice has meant that cholesterol levels have gone down, the number of heart attacks hasn't, prompting a reexamination of the studies leading up to that recommendation.

This second-look suggests you may not have to cut butter entirely out of your diet, though you still need to be careful of the fairly empty calories it adds.

The results confirmed that corn oil lowered cholesterol levels, but they also revealed that the people who ate corn oil had nearly twice as many heart attacks.

The original vegetable-oil-over-saturated-fat advice was never subjected to a randomized controlled trial, the gold standard for medical research, which randomly assigns participants to an experimental group or a control group so that as the study is conducted, the only expected difference between the control and experimental groups is the outcome variable being studied. As a result, questions about the accepted practice have been around for years.
ADVERTISEMENT
Researchers at the University of North Carolina School of Medicine and the National Institutes of Health decided to review the data from studies replacing saturated fat with vegetable oil. In doing so, they came across the Minnesota Coronary Experiment (MCE) conducted between 1968 and 1973, but not published until 1989.

The MCE included nearly 9,500 patients in six mental hospitals and a nursing home. Some ate corn oil diets, while the diets of others contained saturated fat. In the 1989 publication investigators reported that replacing butter with vegetable oil did lower cholesterol levels but did not make a difference in heart attacks.

Some important analyses of the original data had not been done, but luckily the UNC and NIH researchers were able to reexamine much of the raw data. The results confirmed the original findings — that corn oil lowered cholesterol levels — but they also revealed that the people who ate corn oil had nearly twice as many heart attacks.

Similarly unpublished data from a similar study, the Sydney Diet Heart Study, was also reviewed. Once again, the team found that the risk of dying from heart disease was higher among those who used vegetable oil over saturated fat.

After collecting the results of all similar randomized and controlled studies and analyzing the collective results, the UNC and NIH researchers concluded that replacing saturated fat with linoleic-rich vegetable oil did not reduce the risk of heart disease and death. The reason? Unknown at this time.

ADVERTISEMENT
Linoleic acid is a polyunsaturated fat found in sunflower, safflower, soybean, corn and canola oils, as well as nuts and seeds. Small amounts are necessary for human health because it is one of two essential fatty acids. High intakes, however, are not natural in human diets. Olive oil does not contain it, and this may be why the Mediterranean diet continues to show up as good for the heart.

The reason why linoleic acid decreases cholesterol levels but worsens heart disease risk is the subject of ongoing investigation. Some research suggests that under certain circumstances linoleic acid can cause inflammation, a risk factor for heart disease. Other evidence proposes that it may actually promote atherosclerosis when it is oxidized.

Certainly, research into the traditional dietary advice for heart health will continue, but for now it’s best to stay calm and eat more fruits and vegetables, fish and whole grains while limiting your intake of sugar, salt, trans fats and calories.

A pat of butter every now and then isn’t going to hurt either.