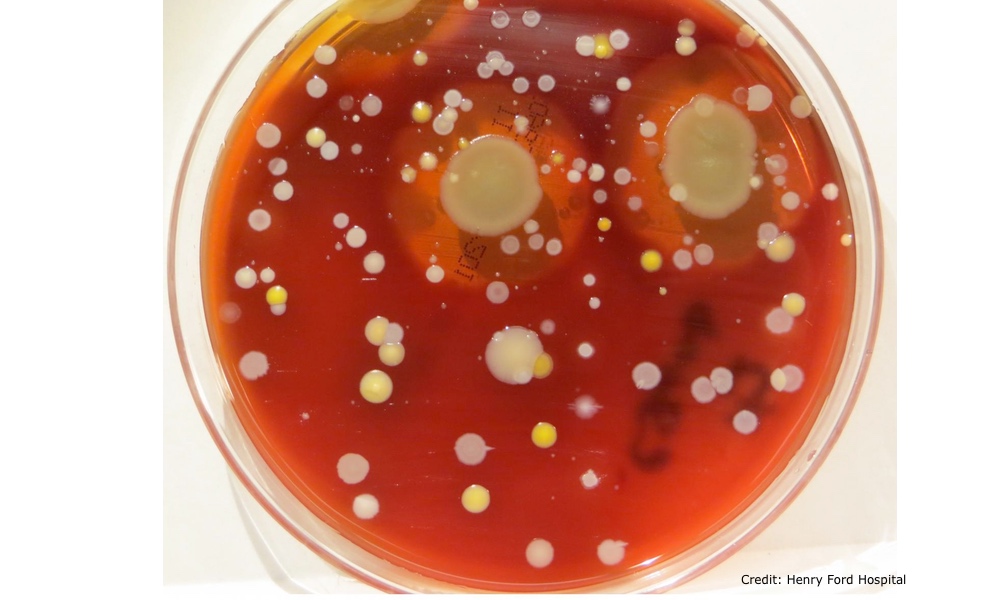 Neil Wagner
When hospital workers see photos showing the bacteria they spread, they are more likely to wash their hands.

Hospitals are not only full of people, they're full of sick people; so the opportunities for infection are even higher those than at your local supermarket, in your hotel room, or on public transportation.

Hand washing is one of the main defenses against hospital-acquired infections. But doctors and healthcare workers do not wash their hands as often as they should as they move from area to area, handling equipment, filling out charts and spreading germs as they go.

When doctors and healthcare workers were shown pictures like the one above, they gained a different perspective on what contamination means.

Now Henry Ford Hospital, taking advantage of the fact that a picture is worth a thousand words, has unveiled a new tool to encourage them to wash more often. They call it The Yuck Factor, and it features images of bacteria cultured from around the hospital.
ADVERTISEMENT
The photo at the top of the page shows the bacteria that grew from a sample taken from a hospital workstation. Each tiny dot is a colony containing about one million bacteria. Larger dots contain more.

“These images put a face to the continuous hand hygiene education that health care workers get,” said Ashley Gregory, study co-author, in a statement. “They stick in your mind.”

You can't see the bacteria and other germs that are lurking on a cellphone or workstation. They don't divide and grow because there are very few nutrients. But put them somewhere where there's food, like in the Petri dish in the picture or inside a surgical wound, and they'll grow quite well. When they do so on or in a patient, they give them a hospital-acquired infection.

That's why hospital workers need to wash their hands so often. Or at least they're supposed to.

The Centers for Disease Control and Prevention (CDC) has very specific guidelines for when health care workers should wash their hands. But compliance is estimated at less than 50%. The message gets old, and people stop paying attention.

Health care workers can become numb to the fact that hospitals are an environment of germs. Pictures go a long way to breaking that detachment.

They visited each unit 10 times and swabbed various items for bacteria, including people's hands, using an adenosine triphosphate (ATP) meter. Since ATP is only produced by things that are living, its amount gives a good estimate of how many bacteria and other germs there are on the surface of an item. When doctors and healthcare workers were shown pictures like the one above, they gained a different perspective on what contamination means.

You can't argue with success: doing so increased hand washing compliance by an average of nearly 24% on the four problem units.

“I think health care workers in general become numb to the fact that hospitals are an environment of germs,” Gregory says. “We believe our study demonstrates that pictures go a long way to breaking that detachment, and gives hospitals a new tool for their hand hygiene toolkit.”

ADVERTISEMENT
The study was presented at the Association for Professionals in Infection Control and Epidemiology's (APIC) 2016 annual conference held June 11-13 in Charlotte, N.C.