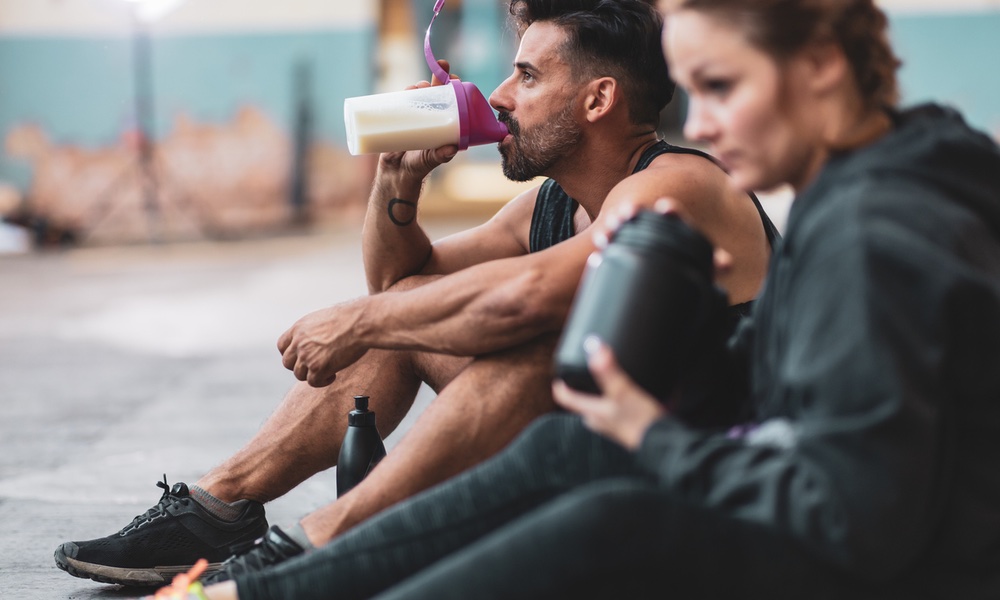 Protein Shakes Can Bring You Down

Beth Fontenot, MS, RD, LDN
Protein supplements often provide only a single type of amino acid, one that interferes with serotonin and can lead to depression.

If you ask a bodybuilder or fitness guru, they'll probably tell you protein is the key to strength and muscle-building. That's one reason why protein supplements — whether they're in the form of shakes, powders, snack bars or pills — are big business, bringing in between $5 and $8 billion a year. But are they safe? A new study looks at the potential negative side effects of consuming too much protein, particularly one type of amino acid.

Researchers from the University of Sydney's Charles Perkins Centre examined the effect of certain amino acids, called branched chain amino acids (BCAAs), and other amino acids on the health and body composition of mice. “Branched chain” refers to how the chemical elements of the amino acids are held together.

High levels of BCAAs in the blood lowered serotonin levels in the brain. This had the effect of increasing appetite, causing the mice to greatly overeat, become hugely obese and have shorter lives. The lack of serotonin could also negatively affect mood.

High levels of BCAAs in the blood lowered serotonin levels in the brain. This had the effect of increasing appetite and lowering mood.

“What this new research has shown is that amino acid balance is important — it's best to vary sources of protein to ensure you're getting the best amino acid balance,” researcher Samantha Solon-Biet, of the University of Sydney, explained in a statement.

While protein is necessary for building and maintaining muscle as well as other cells and tissues in the body, it is important to eat a wide variety of protein from foods rather than depending on supplements which usually contain primarily one type of protein.

Eating varied sources of protein will give your body all nine of the essential amino acids made from the foods you eat. Red meat, dairy foods, chicken, fish and eggs all supply BCAAs, as well as other amino acids, important vitamins and minerals. Vegetarians can get their protein and BCAAs from soy, beans, lentils and nuts.