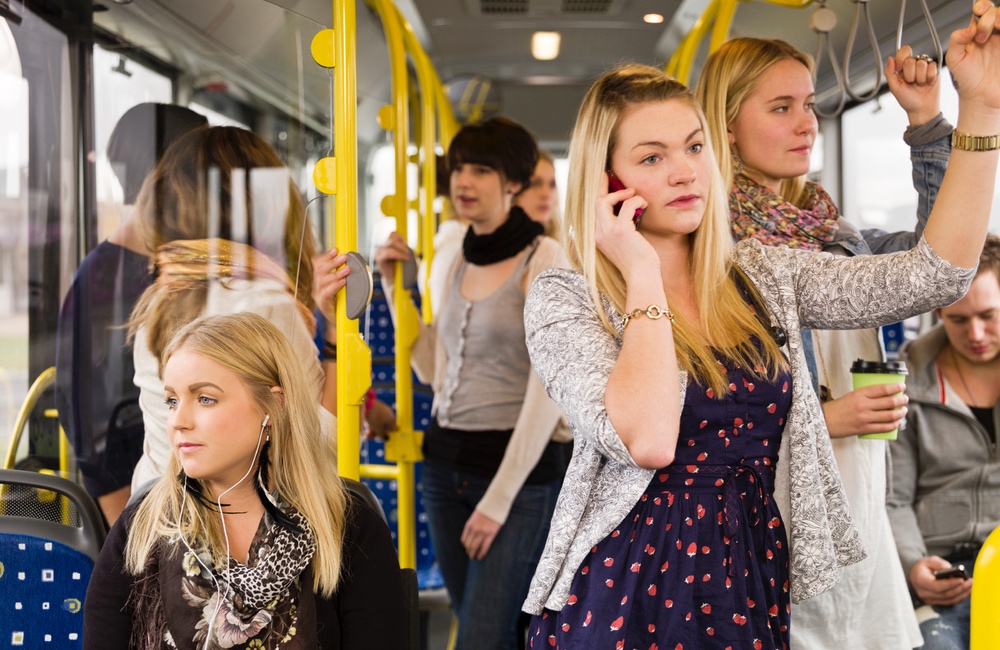 Get Out of The Car

Leslie Carr
If you drive to work, you're likely to weigh five to seven pounds more than active commuters who walk, bike, or take public transportation.

Your car may be your mortal enemy, at least if you are a commuter.

Anyone who drives to work knows that it can be bad for your mental health. Even if you think you have found a way to cope with the worst of the stress commuting brings — perhaps by listening to relaxation tapes in your car as you inch your way into the city — your commute is still having an impact on your health simply because you are spending hours each week sitting in your car. Active commuters — who walk to work, or bike or take public transportation — have better health than those who drive. They tend to weigh less and have better cardiovascular health. They tend to have less stress as well.

Active commuting whether by bike, bus, train or foot may not be practical for everyone. If you must drive you can still park your car as far from the front door of your office building as you can so you have to walk.

Precise measurements of the benefits of active commuting have been hard to come by, so a team of British researchers set out to investigate the relationship between active commuting and two known markers for obesity — body mass index (BMI) and percentage body fat.
ADVERTISEMENT
British researchers used data from two ongoing long-term studies to look at the health effects of active commuting. One study provided BMI measurements on 7500 people; the other offered body fat measurements on a different group of 7400 men and women. About three-quarters of all the men and women in the two groups commuted to work using their own cars. Roughly 10% of commuters used public transportation; 14% of men walked or cycled to work compared with 17% of women. A body mass index of 18.5 to 24.9 is considered an optimal weight, and a number above 25 may indicate the person is overweight. Above 30 suggests the person is obese. The average BMI score was 28 for the men in the study and 27 for women. Men who commuted using public or active modes had BMI scores that were about one point lower than those who drove — a difference equal to about six pounds. Women who walked, rode or took public transportation had BMI scores that were around 0.7 points lower than their car-driving counterparts, a difference of about 5.5 pounds. The differences that were found in body fat between active and passive commuters were similar. Such reductions in weight are “larger than those seen in the majority of individually focused diet and physical activity interventions to prevent overweight and obesity,” the researchers said in a statement.
ADVERTISEMENT
It's worth noting that taking public transportation offered similar benefits. The walk to the bus stop or train station and the stairs one may need to climb beat wandering out to your garage and climbing behind the wheel. Even though the study cannot show that active commuting is the cause of this weight reduction, the researchers suggest that leaving your car at home and taking a more active form of transportation to commute work, “should be considered as part of strategies to reduce the burden of obesity and related health conditions.” Of course, if your walking commute takes you past a fast food restaurant or ice cream store, you could still be in trouble. Active commuting whether by bike, bus, train or foot may not be practical for everyone. If you must drive you can still park your car as far from the front door of your office building as you can so you have to walk. If you use a garage, park so you have to climb several flights of stairs to get to or from your car. Such semi-automatic moments of exercise are what the benefits of active commuting are about. The study is published in BMJ, the British Medical Journal.
ADVERTISEMENT