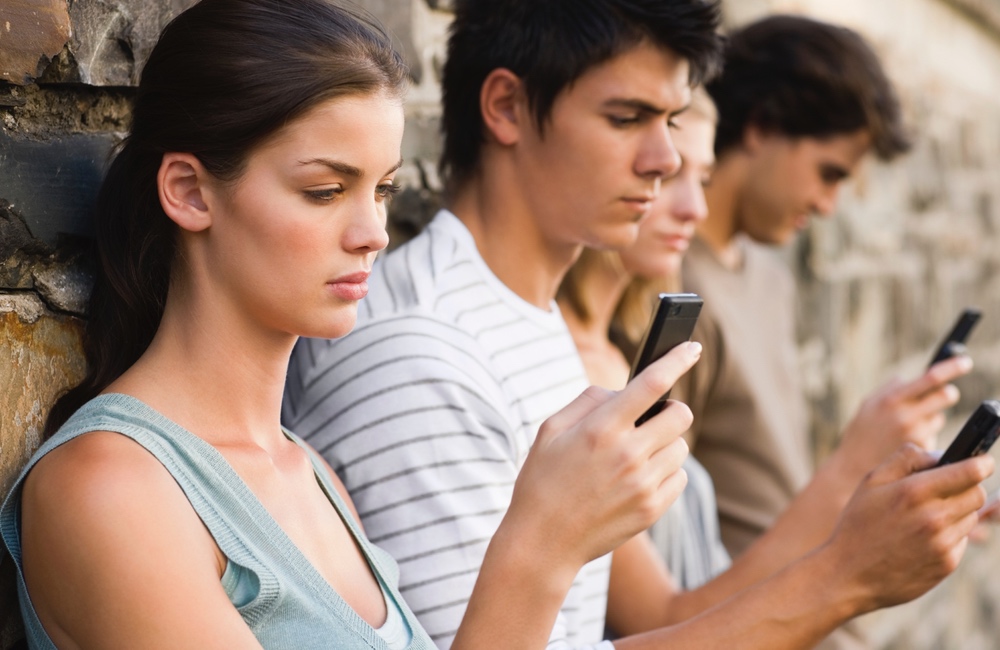 Alice G. Walton
Phone use is a factor. Parents who encourage person-to-person interactions can help.

It's never been easy being an adolescent, but it may have gotten harder. Rates of depression are rising among teens and young adults, according to a new study. The causes are likely complicated, but kids' increased time looking at screens seems to have something to do with it. As earlier research has shown, cell phones can make you sad.

To get an overview of teens' mental health trends over the past few decades, researchers from San Diego State University analyzed data from the National Survey on Drug Use and Health. The ongoing survey, begun in 1971, periodically asks a representative sample of young U.S. citizens about their mental health, alcohol use, and other health and lifestyle variables.

Depression is Up 50 Percent

ADVERTISEMENT
When researchers looked at whether those surveyed had experienced serious psychological distress over the previous 30 days, the numbers also rose by more than half — from nearly eight percent to over 13 percent in young adults. The number of people who mentioned they'd had suicidal thoughts or behaviors increased from seven percent to more than 10 percent between 2008 and 2017.

“Young people can't change their genetics or the economic situation of the country, but they can choose how they spend their leisure time.”

These big increases in depression didn't show up among older participants; in fact, there was even a slight decline in psychological distress in people over 65. This may have to do with the effects of social media and other facets of their online lives, including online bullying of young adults.

“More U.S. adolescents and young adults in the late 2010s, versus the mid-2000s, experienced serious psychological distress, major depression or suicidal thoughts, and more attempted suicide,” said study author, Jean Twenge, in a statement. “These trends are weak or non-existent among adults 26 years and over, suggesting a generational shift in mood disorders instead of an overall increase across all ages.”

ADVERTISEMENT
Why are Seniors Seemingly Immune?
Though the study didn’t look into the causes for these changes, Twenge has some ideas. Her team has studied these trends over the decades and found the reductions in teens’ mental health linked to increases in screen time and smart phone use.

“Cultural trends in the last 10 years may have had a larger effect on mood disorders and suicide-related outcomes among younger generations compared with older generations,” said Twenge, a professor of psychology at San Diego State. “These results suggest a need for more research to understand how digital communication versus face-to-face social interaction influences mood disorders and suicide-related outcomes and to develop specialized interventions for younger age groups.”

Critics, however, have suggested that screen time is hard to measure — relying on participants’ recall of their own behavior is notoriously unreliable — and there may be fundamental differences between playing educational games online versus using social media, which the studies don’t always account for.

Still, phone use (and perhaps, addiction) is becoming more common every day. Cell phones have definitely changed the way many people communicate and interact — or don’t. Now that we are recognizing that that can be a problem, we can take steps to change it. Humans are social creatures and face-to-face interaction remains the best, healthiest way to communicate. Social media and text conversations just aren’t the same. The increase in depression seen among teens and young adults seems to bear this out.

Luckily, there are simple steps we can take to cut back, both for ourselves and for our kids. “Young people can't change their genetics or the economic situation of the country, but they can choose how they spend their leisure time,” says Twenge, adding that not letting screen time cut into sleep is critically important. “Overall, make sure digital media use doesn't interfere with activities more beneficial to mental health such as face-to-face social interaction, exercise and sleep.”

ADVERTISEMENT
The study is published in the Journal of Abnormal Psychology.