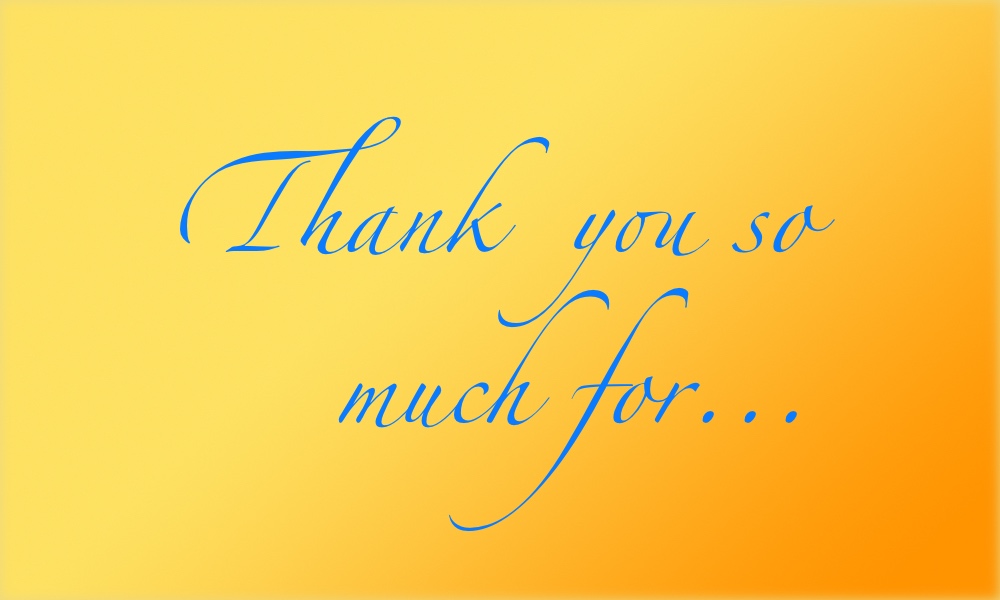 Leslie Carr
We tend to underestimate how much people appreciate being thanked. We may also overlook how good it is for us.

Most of us tend to procrastinate when it comes to writing thank-you notes, and that's too bad because they have the power to deliver pleasure to senders and receivers alike. We may not feel up to the task, worrying we will sound corny, or that the person receiving it won't care one way or the other.

People generally underestimate the power their expressions of gratitude have on those who receive them. Some feel uncomfortable feeling grateful. Others fail to realize that gratitude is an antidepressant. Research from the University of Chicago Booth School of Business finds that there's a big gap between how much pleasure senders think their letters of gratitude will bring and the actual level of happiness the person receiving it feels when reading it.

Letter writers significantly underestimated how surprised and pleased recipients would be. They also overestimated how awkward the person receiving their letter would feel.

“There's so much talk in the world — both in academic literature and in the popular press — that expressing gratitude is good for you,” said researcher, Amit Kumar, in a statement. “But that doesn't seem to line up with how often people are actually articulating their appreciation in daily life. So, we wanted to find out why — what are the barriers holding people back?”
ADVERTISEMENT
The got their answer when they asked people to write a letter of gratitude to a person who had made a difference in their lives, and then, after writing their letters, asked them to predict how their letter would make the recipient feel.

In addition to feeling shy and awkward that their letter of gratitude would seem strange, writers tended to worry about the wording of their letters and how well they had expressed their feelings, when really, recipients were simply happy to receive such a warm gesture.

It doesn't matter whether it is a business or personal relationship, if you are feeling grateful to someone, go ahead and let them know. You'll make them feel good, and that will make you feel good.

RELATED STORIES
That Warm And Fuzzy Feeling
When the Pressure Is On, Self-Affirmation Helps
Gratitude Brings Good Results
LATEST NEWS