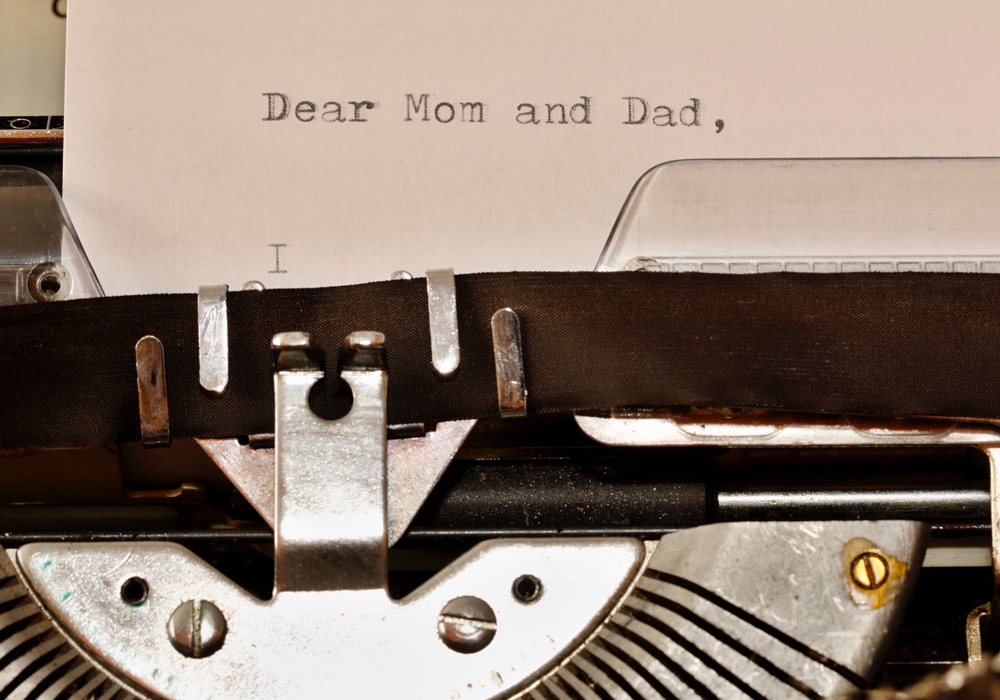 When a son or daughter heads off to college, parents often find it hard to figure out how to stay in touch. Even parents who are wise enough to know they should not intrude on their children's independent, on-campus life realize that the first few weeks at school can be tricky to navigate, and it can help to have someone familiar — yet at a distance — to discuss things with.

It can be tough, however, to figure out the best way to be there for young adults without overstepping.

The options for communication have expanded greatly since most parents were in school. Which means there are now more ways for parents to overstep, but also more options to keep the lines of communication open. Is there a best way to touch base? The phone? Emails? Texts? Facebook?

It makes sense that if young people use a variety of communication channels to stay in touch with each other, they would likely do the same with their parents.

Some of the laughably inept parental attempts to communicate with their millennial children via text message have appeared on Facebook, with a caption reading something like, “Why parents shouldn’t text.” But a recent study shows that the use of additional channels beyond the telephone improves the relationships of parents with their young adult children.
ADVERTISEMENT
Keep More Channels of Communication Open

Over 350 young adults between 18- and 29-years-old were asked how they stayed in touch with each of their parents. How often did they communicate and how satisfied were they with their relationships with each parent?

Closeness can be fostered much more easily now than in the day when the mandate was to call home every Sunday.

An earlier University of Kentucky study had found that peer relationships benefited from multiple channels of communication. Researcher Jennifer Schon, a doctoral student, wanted to see if that finding also worked for young adults and their parents.

ADVERTISEMENT
What the researchers found was that having additional methods of communication tended to increase satisfaction in the relationship.
Special Benefits for Fathers
It makes sense that if young people use a variety of communication channels to stay in touch with each other, they would likely do the same with their parents. This approach is not necessarily natural for parents, however. Those born before, say 1955, may be particularly uncomfortable using texting, email, Facebook and other social media.

But the research indicates that it would be in their best interest to make the effort.

Fathers tend to use fewer modes of communication than mothers, with less frequency and shorter messages, Schon found. Mothers tended to reap the benefits of new technology: The communication by cell phone between mothers and adult children was both more frequent and more satisfying than for fathers.

For those who find phone conversations awkward, sending a text may be easier. It may be the beginning of an electronic conversation or a simple message of love or support.

For those who find phone conversations awkward, sending a text may be easier. It may be the beginning of an electronic conversation or a simple message of love or support. It offers the young adult some freedom in terms of how and when to respond, if at all, which may be why it can increase their satisfaction in the relationship.

The Power or Lots of Little, Light, Messages

Parents and their emerging adult children face the challenge of re-establishing their relationship under new circumstances and with new technologies. Finding a balance between maintaining closeness and avoiding being intrusive is tricky for parents in this setting. There will be bumps in the road, such as parents giving in to the impulse to ask their kids more questions than are welcome.

It can take a while to adjust to having less information about your child's life than you are used to and to develop the faith that the young adult will make appropriate decisions. Parents can gently follow their child’s life with text and email messages and inquiries that do not feel heavy-handed or confrontational the way telephone or in-person exchanges may.

Schon’s research indicates that more communication is better, even if some of it is as simple as “good night.”

This is especially true when emerging adult children are away for their first year, and anxiety on the part of parents is unavoidable. The young person is also experiencing anxiety, including that of being away from home. A flurry of phone calls back and forth does not necessarily help establish this new phase of relationship.

But texting, email and photo-sharing can keep the connection strong, while allowing the emerging adult to experience the independence crucial to his or her individual development.

Beware Facebook
Facebook is an area where parents might want to tread lightly. Facebook was designed by young adults for the purpose of communication with one another. Although many of these young people are happy to have their parents as Facebook friends, others will be reluctant.

Requesting Facebook friendship of an adult child puts him or her in an awkward position. And commenting on the child’s posts is downright annoying. Unless the Facebook contact is initiated by the child, parents should use Facebook to communicate with their own peers, the quickest growing population of users.

Parents today have numerous valuable opportunities for contact with their adult children that their own parents did not. Closeness can be fostered much more easily now than in the day when the adult child was expected to write or call home every Sunday. Schon suggests that parents try adding a new method of communication before pushing for a longer, scheduled conversation.

Of course there is the risk of going overboard that is not addressed in Schon's current research. Her advice, especially for fathers who tend to favor less communication, is to go for more, but keep it short and informal.

The study appears in the online journal Emerging Adulthood.