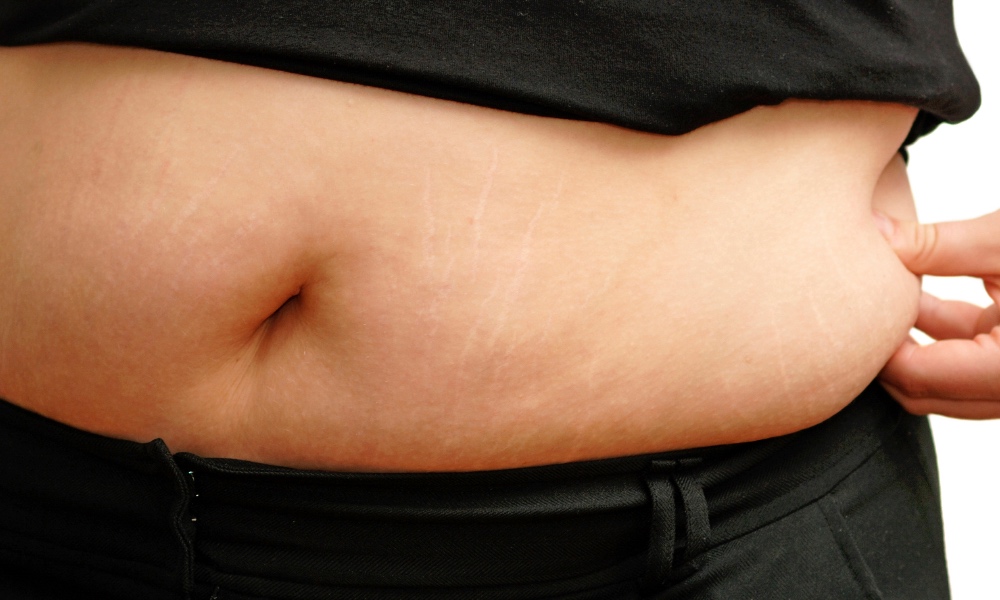 Neil Wagner
Poly-fluorinated alkyl substances (PFASs) are found in takeout cartons and cosmetics. They can make it hard to lose weight.

Fluorinated chemicals are found in everyday items, from food packaging to clothing to pots and pans. They have long been suspected of causing a variety of health problems. Now you can add making it harder to lose weight to the list.

The energy metabolism of people with high levels of these compounds in their blood, especially women, was slowed down. As a result, they had much more trouble keeping the pounds from coming back after dieting, a study has found.

People with a high concentration of PFASs in their blood tended to regain the most weight.

You'll find per- and poly-fluorinated alkyl substances (PFASs) in pizza boxes, Chinese food takeout cartons, carpeting, cosmetics and even household dust. They include an alphabet soup of chemicals that are grease and water repellant. The chemicals themselves usually have four-letter abbreviations that start with PF: PFOA, PFOC and PFNA are three examples.

Some studies, mostly on animals, suggest that these chemicals serve as endocrine disruptors and have far-flung effects ranging from decreased fertility to increased risk of cancer.

ADVERTISEMENT
Here, researchers looked at information from a weight loss trial where overweight and obese people tested four different diets for two years. During the first six months of the trial, people lost an average of 14 pounds. Over the last year and half of the trial, they tended to gain weight back, six pounds on average.

People with a high concentration of PFASs in their blood tended to regain the most weight. This effect was strongest among women. Women whose PFAS blood levels ranked in the top third regained from 3.7 to 4.8 pounds more than those in the lowest third.

“We typically think about PFASs in terms of rare health problems like cancer, but it appears they are also playing a role in obesity, a major health problem facing millions around the globe,” said study co-author, Philippe Grandjean, of the Harvard School of Public Health. “The findings suggest that avoiding or reducing PFAS exposure may help people maintain a stable body weight after they successfully lose some weight, especially for women.“ If nothing else, it's one more reason to choose cooking your own food over ordering takeout.

It took the FDA many years before it concluded that the chemical bisphenol A (BPA) posed a real danger to children and banned its use in baby bottles, sippy cups and infant formula packaging. Research into the effects of PFASs has not yet reached that stage. Yet because they remain in the body for many years, researchers will have a good opportunity to keep investigating until their health effects are better understood.