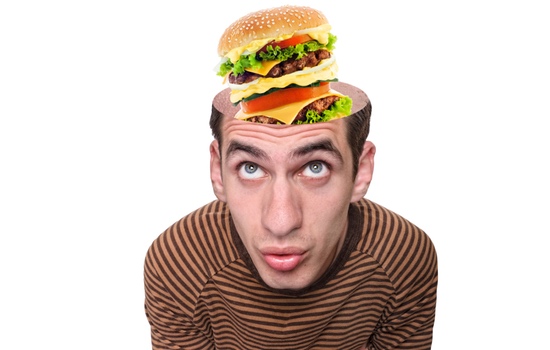 Late Night Snacking — It's All About Your Brain

Beth Fontenot, MS, RD, LDN
Many a diet has been done in by snacking, and late at night your brain is especially vulnerable. It helps to know what's going on.

Are you a late night snacker, someone who heads to the darkened kitchen with an insatiable urge to eat another bowl of cereal or slice of pizza right before bedtime? If so, you can blame it on your brain.

Not only is eating late bad for your metabolism, some parts of the brain just don’t get the same “food high” at night, according to researchers.

Snacking is one of the major ways we undermine our efforts to lose weight. When exercise science professors and a neuroscientist at Brigham Young University used MRI scans to measure how people’s brains respond at different times of the day to high- and low-calorie images, they found that the brain’s response to images of high-calorie foods was lower in the evening hours.

That's why we can’t seem to eat enough ice cream or Oreos late at night.

Late night snacking isn't about craving more food. It's the result of a sluggish brain failing to register how much food you've eaten.

It looks like we overeat at night simply because the brain doesn’t perceive late night food to be as rewarding, the researchers concluded, so we keep eating.

People's brains were scanned as they viewed hundreds of images of foods during two separate sessions held a week apart. One occurred in the morning; the other scanning session took place at night.

Participants looked at images of low-calorie foods such as vegetables, fruits, grains, and fish and pictures of high-calorie foods like candy, baked goods, ice cream, and fast food.

Researchers thought they'd see a more noticeable brain response to the high-calorie foods, but they did not expect to see lower brain reactivity to all the food images in the evening, since that is when people tend to overeat.

ADVERTISEMENT
“We thought the responses would be greater at night because we tend to over-consume later in the day,” said study author Lance Davidson in a statement. The fact that it didn't suggests the late night snacking isn't about craving more food, it's the result of a sluggish brain failing to register how much food you've eaten.

“[J]ust to know that the brain responds differently at different times of day could have implications for eating,” Davidson added. It is also useful information for dieting.

This is preliminary research, and work remains to be done to better understand the findings, but knowing the brain’s responses to food could one day have implications for changing eating behaviors and managing weight.

Travis Materson, a graduate student at BYU who carried out the study, said it has made him pay more attention to how food makes him feel throughout the day. Now when he wants a late night snack, he said he tells himself that it’s probably not as satisfying as it should be.

Perhaps that’s a good lesson for all of us.

ADVERTISEMENT
The study was published in Brain Imaging and Behavior.