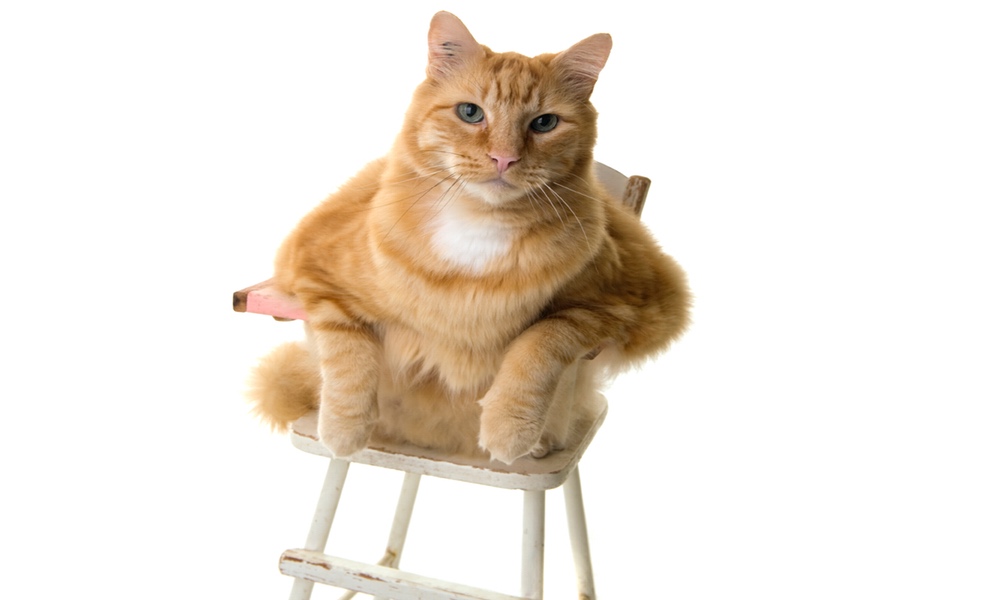 Neil Wagner
Many owners are blind to the fact that their humongous cat or dog is overweight. But the health risks are just as bad as they are for people.

Over half of the nation's dogs and cats are too fat; even worse, more than 90% of their owners think that they are normal weight. Those are the findings of a recent survey of pet owners.

Some pet professionals are calling it the Fat Pet Gap.

“The sad truth is that most people can’t identify an obese dog or cat,” Dr. Steve Budsberg, veterinary orthopedic specialist and Director of Clinical Research for the College of Veterinary Medicine at the University of Georgia, said in a statement. “Whenever their veterinarian tells them their pet needs to lose weight, they often can’t believe it because they don’t see it.”

Seeing it is the first step to putting it right.

Not only are veterinarians seeing more super-sized pets, they're also treating more pets who have the diseases that accompany those extra pounds.

According to the eighth annual National Pet Obesity Prevalence Survey, 58% of cats and 53% of dogs were overweight or obese. And 90% of overweight cat owners and 95% of overweight dog owners incorrectly identified their pet as normal weight.

Particularly troubling was the increase of obese pets, those carrying more than 30% of their normal body weight in extra pounds. Nearly 18% of dogs and 28% of cats were obese, both up from the previous year's survey.

Not only are veterinarians seeing more super-sized pets, they're also treating more pets who have the diseases that accompany those extra pounds, including arthritis, diabetes, heart disease and many forms of cancer.

A pet's life is short. All these extra pounds are making it even shorter. But change is possible.

ADVERTISEMENT
The Association for Pet Obesity Prevention (APOP), the organization that conducted the survey, wants to help. Founded by veterinarian Ernie Ward in 2005, APOP's members are veterinarians and veterinary health care personnel who want pets to be healthier.

According to Ward, obesity is the number one health threat that pets face. And the most important decision pet owners make is what and how much they feed their pet.

Obviously, we are feeding them too much, probably for many of the same reasons we feed ourselves too much — there are many attractive, caloric treats available. And pets are not going to say “No” to a liver treat or table scrap.

Fat blindness affects parents too. Like pet owners, they are blinded by love. Barely 1% of parents with a very overweight child realized that their child was overweight in a study just published in early April. Even when parents do realize that their child has a weight problem, they don't think it poses much of a health problem.

ADVERTISEMENT
Our pets have trained us well and know exactly which buttons to push to get fed as much as they want (who can resist those eyes?). But we are killing them with calories. APOP wants to lower the number of overweight pets, starting by eliminating the Fat Pet Gap. Their website has information on how to tell if your pet is overweight, their food and calorie needs, and on how to get an overweight pet back in shape.