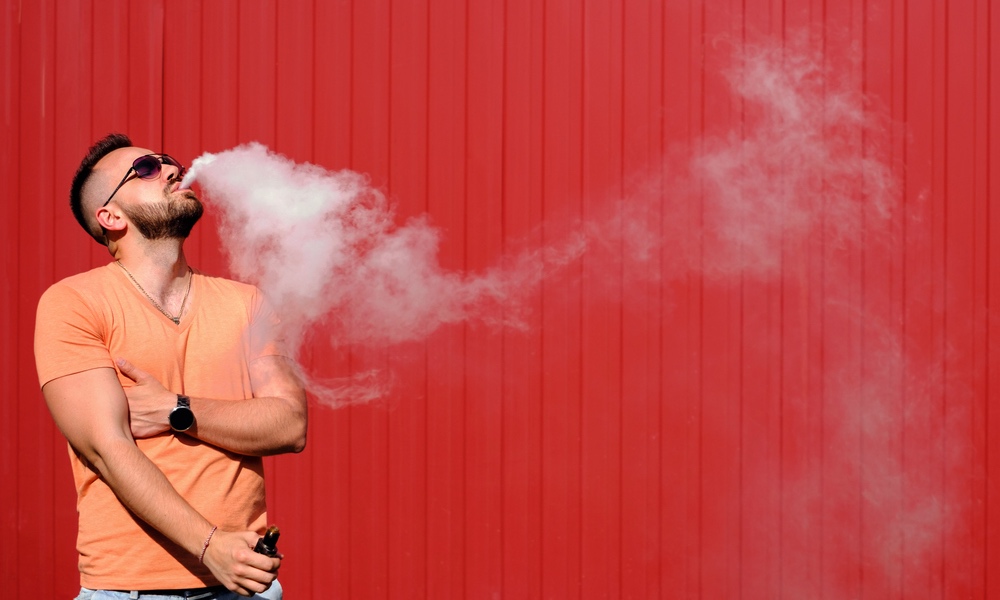 Esther Entin, M.D.
Flavors can make vaping attractive, but they are far from harmless. They can be fine in foods, but become toxic when inhaled.

An electronic cigarette, also known as an e-cig or electronic nicotine delivery system, is a handheld device designed to mimic the experience of smoking and to deliver nicotine without the use of tobacco. E-cigarettes contain a liquid that is heated by an element within the device to create a vapor users inhale, a process called vaping.

The liquid in e-cigs usually contains nicotine, propylene glycol, glycerin and, frequently, additional flavorings. Often, especially in formulas used by teens, the vaping solution is nicotine-free but contains a variety of flavorings such as cinnamon roll, cotton candy, melon, pineapple, coconut and cherry.

Fine for the Stomach; Not So Safe for the Lungs

E-cigarettes were initially considered safer than traditional cigarettes because users avoid inhaling harmful components of tobacco such as tar. Lately, however, concerns have been raised that there may be other compounds in the inhaled vapor that are toxic to the body.

Vapors inhaled from e-cigarettes can be toxic, even without the presence of nicotine in the solution.

The ingredients, including flavorings, in e-cigs had been considered safe for use in food, but this means their safety had only been tested through the digestive route. When flavorings are added to products that are eaten, whether pastries or candy, they are digested by the body, absorbed into the blood stream and metabolized. When chemicals are inhaled, however, they enter the body through the cells of the respiratory tract and are absorbed directly through the blood vessels in the lungs.

The chemicals in e-cigarettes had never been tested for their safety when heated and inhaled. The exposure to high temperatures and the respiratory route of absorption raise their potential for being harmful. And because there are currently over 7700 vaping solutions on the market, it has been difficult to determine the toxicity of every variation. Not only must individual components be tested for their safety, but combinations of ingredients must be assessed as well.

The Study
Because of the large number of vaping solutions, researchers from the University of North Carolina at Chapel Hill developed a rapid test procedure to simplify the identification of toxic products in e-cigarettes. There is also a website (http://eliquidinfo.aftran.com) where consumers can look up information to make informed decisions about their vaping preferences.
ADVERTISEMENT

The presence of vanillin, the primary component of vanilla extract, was associated with a high toxicity rating.

Fast-growing human cells were exposed to different e-liquids in the laboratory to test the toxicity of various components. Researchers looked for a reduction in the growth rate of the cells. The more the liquids reduced the cells' growth rates, the higher their level of toxicity.

Their technique yielded concerning information. The findings suggest that vapors inhaled from e-cigarettes can be toxic, even without the presence of nicotine in the solution. Heating each flavoring in an e-cigarette created harmful levels of molecules that can damage cells.

Although propylene glycol and vegetable glycerin, two main ingredients of e-liquids, are considered non-toxic in foods and medications, the scientists found that even in small doses both reduced cell growth significantly, and should therefore be considered toxic to cells. The tests also revealed that as the number of chemicals in the e-liquid increased, so did their toxicity. So e-cigs with multiple flavors pose a greater risk than those with fewer.

ADVERTISEMENT
Vanillin, the primary component of vanilla extract, was associated with a high toxicity rating. The same was true for cinnamaldehyde, the component that gives cinnamon its flavor and odor. The higher the concentration of these compounds, the more toxic the e-liquids were found to be.

There is also a website (http://eliquidinfo.aftran.com) where consumers can look up information to make informed decisions about their vaping preferences.

These cell studies are one piece of the puzzle and perhaps the tip of the iceberg. They tell us which chemicals are potentially toxic to human cells, but they do not reveal the long-term effects of exposure to the compounds because it can take years to decades for diseases to show up following an exposure to a toxin. The investigators call for more research and public education regarding the toxic effects of e-cigarette use. They hope the FDA will use their data to develop regulations now for e-cigarettes.

The study is published and freely accessible in PLOS Biology.