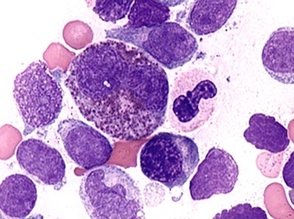 Catching Cancer Before It Starts

Detecting cancer early is believed to be one of the best routes to improve survival rates. That's why researchers all over the world are looking for new accurate and early screening methods.

People with the mutations were more than ten times likelier to develop a blood cancer in subsequent years compared to those who lacked them.

Now a new way to detect blood cancers such as leukemia and lymphoma while in their pre-cancerous states has been developed by researchers from MIT and Harvard. The test is not yet approved for patients, but it may mean that, in the future, people can be screened for a tendency to develop these cancers, and then monitored and treated as needed.
A Collaboration Yields Information on Cancer, Diabetes and Heart Disease
ADVERTISEMENT
The findings were reported by two groups working collaboratively and used blood samples from individuals not known to have pre-existing cancer or blood disorders. Typically, cancer research focuses on advanced cancers that are easily identified. In order to make steps towards early identification techniques, it is necessary to study pre-cancerous states.

People under 40 rarely show a pre-cancerous state. However, as they get older, it begins to show up.

The work used roughly 29,000 samples and found that some of the mutations linked to blood cancers were also linked to other medical conditions including type 2 diabetes and cardiovascular disease. The collaborative endeavor highlights the value of creative science and large-scale data sharing.
Mutations Arrive with Age
The researchers found that a subset of mutations present in mature blood cancers was also present in their study population. People with these mutations were over ten times more likely to develop a blood cancer in subsequent years compared to those who lacked them. In other words, if a person has this initial subset of mutations, he or she was in a pre-cancerous state.
ADVERTISEMENT
Not surprisingly, the teams found that people under the age of 40 rarely show such a pre-cancerous state. However, as people get older, this changes. They found that at least 10 percent of those over the age of 70 could be considered pre-cancerous.
Three Genes
We tend to think of cancer as an all-or-none situation. You either have it or you don’t. In reality, however, cancer is like most other diseases where it develops gradually over months or years. Cancer can be thought of as an “end stage”, and these results provide a glimpse into the earlier moments in the disease progression.

Paving the Way For Early Treatment
ADVERTISEMENT
But what does this mean for early screening?

The scientists caution that, as of today, there is no clinical benefit for testing for this pre-cancerous state because no treatments are currently approved for use in people with the mutations. However, they agree that the findings pave the way toward early detection and prevention in the fight against blood cancers.

The ability to identify high-risk individuals will be of major benefit in blood cancer clinical trials. Pharmaceutical companies can now begin to develop drugs that target these pre-cancerous states in order to modify disease progression and prevent cancer.

The Harvard and MIT studies are published in the New England Journal of Medicine.