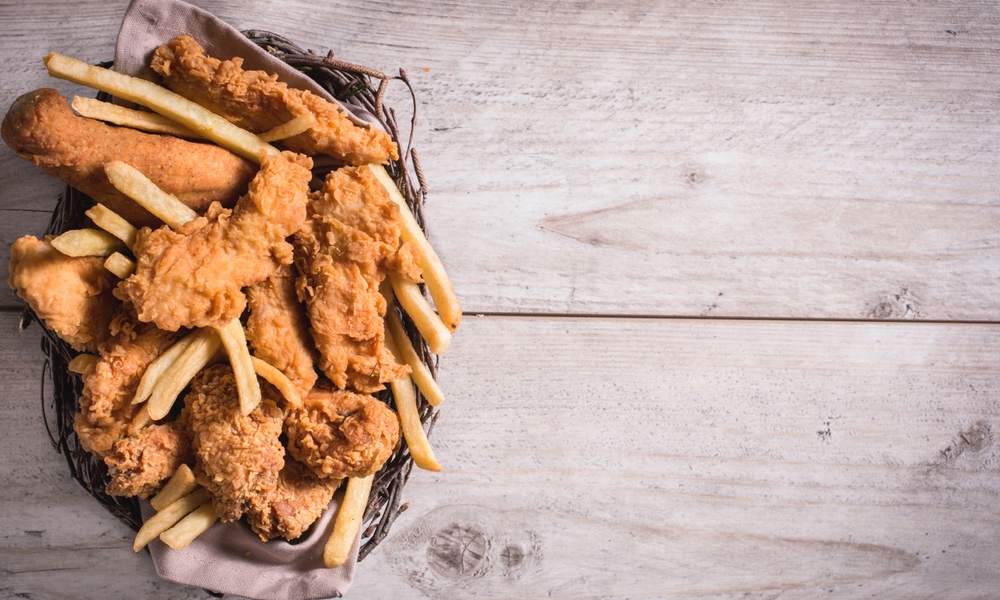 Southern Food: Good, But Not Good For You

Beth Fontenot, MS, RD, LDN
Registered dietitian Beth Fontenot knows Southern cooking...and why it's one of the tastiest and unhealthiest cuisines around.

Heart disease and stroke are among the top five causes of death in Louisiana, my home state. The American Heart Association ranks the Pelican State as having the seventh highest death rate from cardiovascular disease in the nation. Other southern states are in the top six.

Born and raised in the South, I grew up eating fried everything, vegetables seasoned with bacon grease, buttered cornbread, and dessert every night — all washed down with a glass of sweet (that is, sugar-sweetened) tea.

My cooking and eating habits changed as I became a registered dietitian, much to the chagrin of my Southern/Cajun family.

Traditional Southern fare doesn’t rate far up on the healthy meter, and most Southerners know that. The fact is, a lot of people love their greasy food and don’t care. But they should.
ADVERTISEMENT
Out of five dietary patterns evaluated in a study just published in the journal Circulation, the “Southern” diet was the only one that raised the risk of heart disease. Other research has linked the Southern diet to an increased risk of stroke, too.

The study compared the dietary habits of over 17,000 white and African-American adults from different regions of the US and from socioeconomically diverse populations. The men and women in the study were 45 years of age or older and participants in the Reasons for Geographic and Racial Differences Stroke (REGARDS) study. None of the people was known to have heart disease when the study started. They were interviewed by phone, received an in-home physical exam, and completed a food frequency questionnaire over the course of the research.

The foods regularly consumed by the participants were grouped into five dietary patterns: convenience, plant-based, sweets, alcohol/salads, and Southern.

Those who ate a Southern diet most often had a 56 percent higher risk of heart disease than those who ate Southern foods less frequently. People from North Carolina, South Carolina, Georgia, Tennessee, Alabama, Mississippi, Arkansas, and Louisiana were the highest consumers of the Southern diet. Males, African-Americans, and those who didn’t finish high school were also more likely to eat Southern fare often.

ADVERTISEMENT
“Regardless of your gender, race, or where you live, if you frequently eat a Southern-style diet you should be aware of your risk of heart disease and try to make some gradual changes to your diet,” James M. Shikany, lead researcher and a nutritional epidemiologist at the University of Alabama at Birmingham's Division of Preventive Medicine, said in a statement.

My cooking and eating habits changed as I became a registered dietitian, much to the chagrin of my Southern/Cajun family. Healthy Southern cooking is a balance between reducing the calories, fat, and salt in foods, while retaining good flavor, as well as limiting how often certain foods are served.

Changing Southern cooking and eating habits is really not so bad. And it’s definitely better than being one of the 9,781 people who died from heart disease just in Louisiana last year.