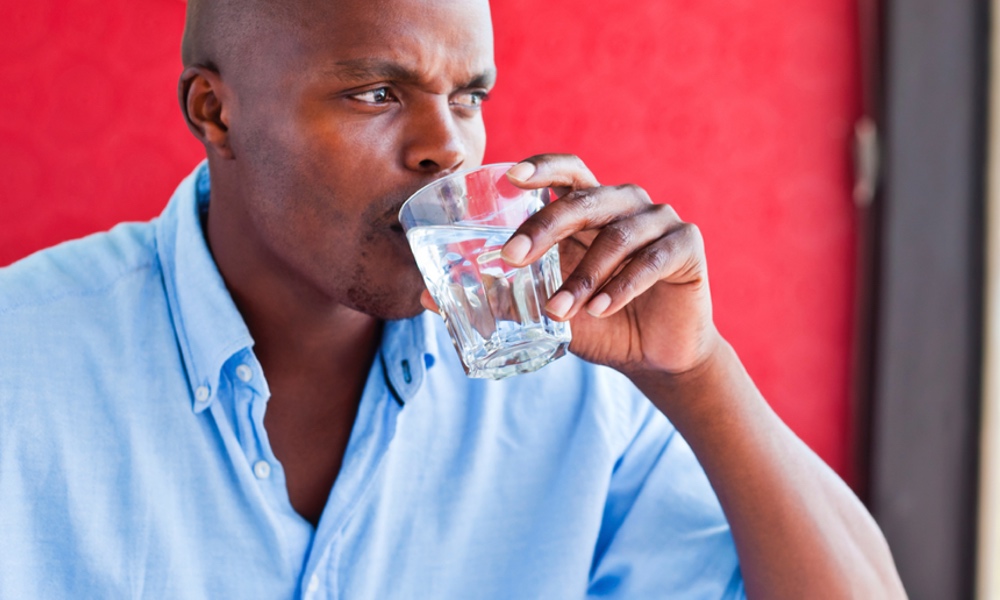 Water, The Real Fountain of Youth

The sensation of thirst dims as we age, increasing our risk of dehydration. Now a study finds seniors who are well-hydrated live longer.

Our bodies are made up of 60 percent water. It’s in all our cells, organs and tissues and helps to regulate our temperature and other bodily functions. We lose a lot of water all day long through our breathing, sweating and digestion. Now research shows that adults who aren’t sufficiently hydrated not only age faster, but are at a higher risk of chronic diseases and may die younger than those who stay well-hydrated.

The new study, conducted by the National Institutes of Health (NIH), is based on data from about 11,000 U.S. adults collected over a 30-year period. The participants made their first medical visits at ages 45 to 66, then returned for a follow-up at ages 70 to ninety.

To measure hydration researchers from the NIH analyzed the levels of sodium in the study participants’ blood since a higher concentration of sodium is an indication that a person isn’t hydrated enough. They found that those study participants who had higher blood-sodium levels aged faster than those with lower levels.
ADVERTISEMENT
Those with high blood-sodium levels also:

“Risk to develop these diseases increases as we age and accumulate damages in various tissues in the body,” one of the study’s authors, Natalia Dmitrieva, a researcher at the NIH’s National Heart, Lung and Blood institute told the press. Her previous research had found that high blood sodium can be a risk factor for heart failure.

In a similar way that factors such as physical activity and proper nutrition are considered to be a part of a healthy lifestyle, she points out: “Emerging evidence from our and other studies indicate that adding consistent good hydration to these healthy lifestyle choices may slow down the aging process even more.”

The authors of this study, as well as other scientists, agree that this isn’t the whole story. Further research is needed to make a firm connection. One reason for this is that other variables influence a person’s blood-sodium levels such as taking diuretics (also known as water pills). People with neurological issues or other disabilities may also have higher blood sodium levels than average.

ADVERTISEMENT
Taking all this into account, how much water should we drink? The National Academy of Medicine recommends nine 8-ounce cups of fluid per day for women and 13 cups of fluid for men. It’s important to note that as we get older the sensation of thirst decreases, as does the amount of water in our bodies. This makes seniors especially at risk for dehydration.

The study is published in eBioMedicine.