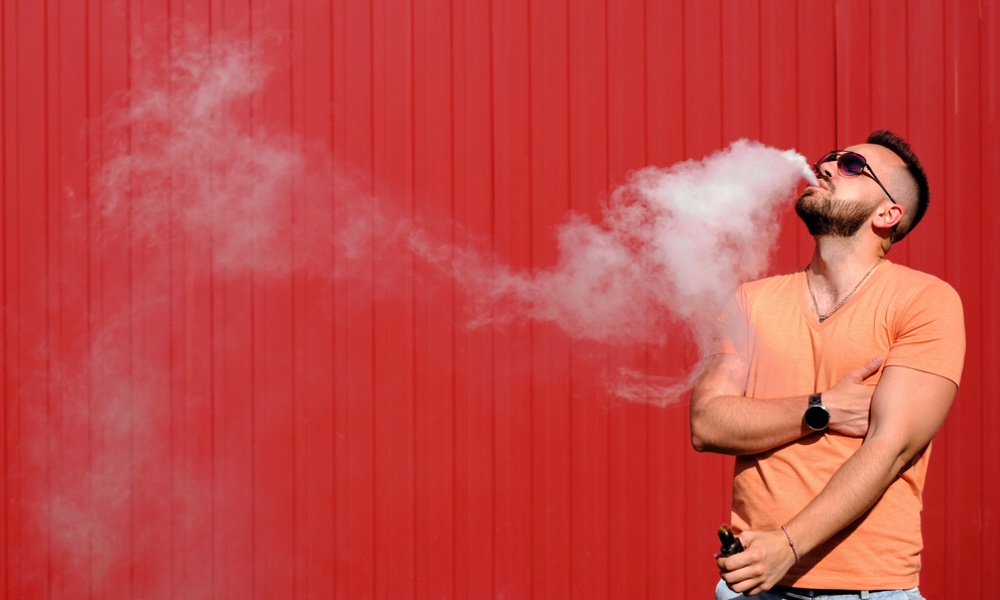 I Can't Quit You, E-Cigarettes

Neil Wagner
Many turn to e-cigs to quit smoking regular cigarettes, but end up hooked on vaping instead.

E-cigarettes are generally seen as safer than tobacco cigarettes. They can help people quit smoking tobacco, but they, too, contain nicotine and are proving difficult to quit. One study of more than 1,700 e-cigarette users found that over 60 percent of participants said they planned to quit e-cigs, with about half of them planning to quit in the next six months. At the same time over a quarter of them reported that they've already tried to quit in the past year; but they were still vaping, according to that same Rutgers University study.

E-cigarettes can help people quit smoking tobacco, but they are proving difficult to quit themselves.

Over 10 million U.S. adults now use e-cigarettes, a number that shows no sign of decreasing. A third of them are vaping daily. And while many have found e-cigarettes beneficial, there's been little investigation into what happens when it's time for people to give them up. It's starting to look like people who want to quit them will need some help.

ADVERTISEMENT
Currently, there is limited information on which of these strategies are most effective.

“While e-cigarettes may be associated with reduced harm as compared to combustible cigarettes, they also are potentially addicting and the e-cigarette aerosol still contains toxic substances,” explained Rosen, who works in Rutgers University's Tobacco Research and Intervention Lab. “As e-cigarette use continues to increase and as more e-cigarette users want to quit, it will be important to be ready to help those who may have difficulty stopping on their own.”

A recent source of help is Truth Initiative, which has developed a text message-based e-cigarette quit program designed for teens and young adults. Its tailored text messages give age-specific advice for quitting, as well as the option to connect with online communities and other interactive support tools.

Tips and assistance for quitting e-cigarettes can be found at the 1-800-QUIT-NOW quitline and the Centers for Disease Control and Prevention's Tips From Former Smokers.

For more details on the study, see the article in Nicotine & Tobacco Research.