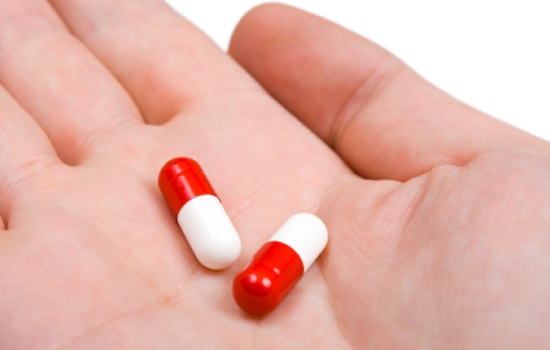 Certain widely used pain relievers can have a harmful effect on a woman's fertility and should be used with caution by women wishing to start a family. One over-the-counter (OTC), non-steroidal anti-inflammatory drug (NSAID) has been found to reduce fertility in women; two other prescription pain relievers also appear to have this effect.

Naproxen, known by the brand names Aleve, Naprosyn, and many others, and two additional pain relievers strongly interfered with ovulation in a recent study of women with back pain.

NSAIDs are among the world's most commonly used drugs — about 30 million people take them every day.

The drugs looked at in the study were naproxen, diclofenac (marketed as the drugs Voltaren, Arthrotec, and Dyloject among others) and etoricoxib (marketed under many trade names).
ADVERTISEMENT

In the United States, naproxen is available OTC, while diclofenac requires a prescription and etoricoxib does not have FDA approval. But worldwide, diclofenac may be the most popular NSAID, while etoricoxib is used in over 80 countries.

The researchers stress that these effects were seen after only 10 days of drug use.

Blood samples were taken at the start of study and at day 20 for hormonal analysis. Ultrasonography was used to monitor the progress of the dominant (largest) egg follicle. Tests showed that the drugs caused a significant decrease in the level of the hormone progesterone. The dominant egg follicle also tended not to rupture in women who were taking the drugs, thus preventing the release of the egg.
ADVERTISEMENT

At the end of the treatment period, the dominant follicle remained unruptured in 75%, 25% and 33% of patients receiving diclofenac, naproxen and etoricoxib respectively.

The researchers stress that these effects were seen after only 10 days of drug use. Many women with arthritis or other painful conditions may take these drugs on a regular basis for far longer than 10 days, without any awareness of their possible effect on their ability to have children.

On a brighter note, these findings may help point the way to development of an emergency contraceptive that's safer than the ones currently in use.

The study was presented at EULAR Rome 2015, the Annual European Congress of Rheumatology, held June 10-13.

Studies presented at meetings and congresses are generally considered preliminary until they have undergone peer review and been published in a professional journal.