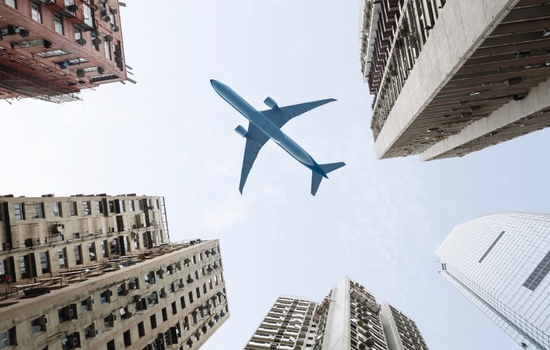 Noise and Your Waistline

Neil Wagner
The more noise from trains, planes and automobiles you hear daily, the bigger your waist, and the more belly fat you are likely to have.

Noise can make you fat. You may not be able to completely blame noise for the ten pounds you gained over the winter, but it does appear to be true that as the hum from traffic increases, so do waistlines.

A study looked at the noise endured by 5,000 people living in suburban and semirural areas in Sweden and found that living with too much traffic noise — from planes, trains, and cars — can lead to extra belly fat. The link was strongest for airplane sounds, but road and rail noise also led to larger waistlines.

The effect of noise was cumulative — the more types of traffic noise a person was exposed to, the greater their risk of having a large waistline.

Well over half of rural and suburban residents were exposed to significant traffic noise. City dwellers are most likely exposed to even higher levels.

People with large waistlines have a higher risk for health problems, including heart disease, diabetes and cancer. Why belly fat poses a greater health risk than excess fat on other parts of the body isn't known for sure, but excess fat around vital organs likely plays a role.
ADVERTISEMENT

This extra risk related to belly fat is why some experts consider waist size a better way to measure obesity than the more commonly used BMI.

How Much Noise Is Too Much?

The researchers calculated how much average daily noise from road, rail and air traffic 5,075 people living in five communities near Stockholm had been exposed to over the course of a year.

They assumed that exposure to noise levels below 45 decibels, the sound of bird calls or inside a library, was not harmful. Over half the people (54%) had been regularly exposed to one type of traffic hum above 45 decibels, usually road noise; while 15% had been exposed to two types and 3% to all three types of noise.

Age was a big factor. The link between a bulging midriff and road traffic was strongest for those under 50.

That means that well over half of rural and suburban residents turned out to be exposed to significant traffic noise in this study. It is likely that city dwellers are exposed to even higher sound levels.
ADVERTISEMENT
What Noise Does to Your Body

The effects of noise showed up in several different ways:

Socioeconomic factors like income and education, lifestyle, or exposure to air pollution did not influence the results. But age was a big factor,. The link between a bulging midriff and road traffic was strongest for those under 50 and only found for those below the age of 60.

Keep in mind that the study only shows a connection or Correlational study between noise and weight. It's not possible to draw conclusions about whether the traffic sounds directly caused the increase in waist size. It is well known that noise is a stressor, the researchers point out, and it may be that higher sound levels raise the production of the stress hormone cortisol, which some studies have linked to increased deposits of belly fat.

The effect of noise was cumulative — the more types of traffic noise a person was exposed to, the more likely they were to be bigger around the middle.

Traffic noise could also be acting by causing sleep disturbances, which have previously been linked to larger waist size as well as to many other health problems.

It is not possible to avoid traffic noise entirely, but when you can, protect your ears. Covering them when a train or plane or other loud traffic sound is occurring and keeping car windows closed whenever possible are two ideas.

The study appears in Occupational & Environmental Medicine and is freely available.