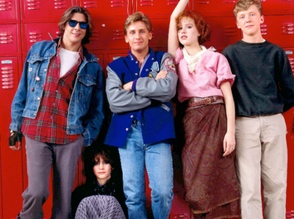 Alice G. Walton
Teens misjudge one another a lot, and it can lead them into trouble.

Teens have long loved to identify themselves — and more importantly, others — by the group they belong to. The tag line for the 1985 movie, The Breakfast Club, said it all: “They were five total strangers with nothing in common, meeting for the first time. A brain, a beauty, a jock, a rebel and a recluse.”

But just like in the movie, at the end of the day, labels don’t mean everything, according to a new study. In fact, when teens make assumptions based on someone's “group,” those assumptions, particularly about sexual activity, are likely wrong — and sometimes dangerous.

The quest for identity can sometimes lead adolescents in the wrong direction.

Breakfast Club Stereotypes Persist
ADVERTISEMENT
The research team wanted to determine if teenagers’ perceptions of others’ habits and behaviors matched reality. So they asked 235 10th graders about their own habits and what they thought others were doing. They chose to focus on five groups: populars, jocks, burnouts, brains, and kids who weren’t affiliated with any particular group. They asked the kids questions about smoking and drug use, exercise habits, deviant behavior (like vandalism and theft), study habits, and sexual behavior.

The brains studied about half as much as their peers in other groups thought they did, and the burnouts (while they did smoke more pot) didn’t smoke anywhere near as much pot as their peers guessed they did.

As predicted, kids were not very accurate in their perceptions of others’ behaviors, both outside an individual’s group and, more surprisingly, within it. For example, kids in the popular group smoked about 1.5 cigarettes per day on average, but others, outside the group and within, guessed that the average was around three cigarettes per day.

Similarly, jocks barely smoked at all, but kids outside the group guess that they smoked a cigarette per day. It was even more pronounced for burnouts, who smoked two to three cigarettes per day — others incorrectly guessed that they smoked between half a pack and a whole pack per day.

ADVERTISEMENT
Misperceptions Rule
Other behaviors were similarly blown out of proportion: The jocks and populars, who were both rated as more popular than the other groups, didn’t have any more sex or do more drinking or drugs than the burnouts or brains. Furthermore, the brains studied about half as much as their peers in other groups thought they did, and the burnouts (while they did smoke more pot) didn’t smoke anywhere near as much pot as their peers guessed they did.

“When they are judging the popular crowd, the jocks, the burnouts or the brainy kids at school, the gist is that students in these crowds are misperceived,” study author Geoffrey Cohen said in a news release.

Doing What They Think Others Do

Misperception is one thing, and it almost seems like a cute and harmless teenage habit. But it gets more disturbing when that inflating the behavior of others actually influences the teens’ own risky behavior in negative ways.

“This quest for identity can sometimes lead adolescents in the wrong direction,” said Geoffery Cohen, a co-author and professor at Stanford Graduate School of Education.

ADVERTISEMENT
The second part of the study followed kids in rural, low-income areas from 9th to 11th grade. The researchers wanted to track the relationship between how a teen perceived his or her peers’ behaviors and how that individual’s substance use changed over time.

Adolescents conform not to what others do, but what they think others do. The lesson of this research is that adolescents are wrong — most kids aren't as risky as they may think.

Kids who rated their peers as using more alcohol, drugs, and cigarettes than they actually did were at higher risk themselves of these behaviors in the years down the road. Which suggests that what people think others are doing influences what they themselves do. The study found those teens who thought the popular kids were engaging in these behaviors more in 9th grade were at higher risk, two years later in 11th grade, of engaging in the same behaviors.

The results, the authors write, “suggest that adolescents have a caricatured perception of their peers' behavior (perhaps especially so for high-status peers) and are influenced by those gross misperceptions.” Or, as another of the researchers, Mitch Prinstein, a professor of psychology at the University of North Carolina-Chapel Hill, said, “Adolescents conform not to what others do, but what they think others do. The lesson of this research is that adolescents are wrong — most kids aren't as risky as they may think.”

It’s really important to talk with your kids about all of these issues — what labels do and don’t mean, and the fact that kids in other groups probably aren’t doing as much as what their group reputation may indicate.

Being too obsessed with cliques and with popularity itself can backfire, as other research has shown. So teach your kids the social values that you want them to live by; and if you have to poke a little fun at the supposedly most popular kids in the process, so be it.

The study was carried out by a team at Stanford University and published in the journal Developmental Psychology.