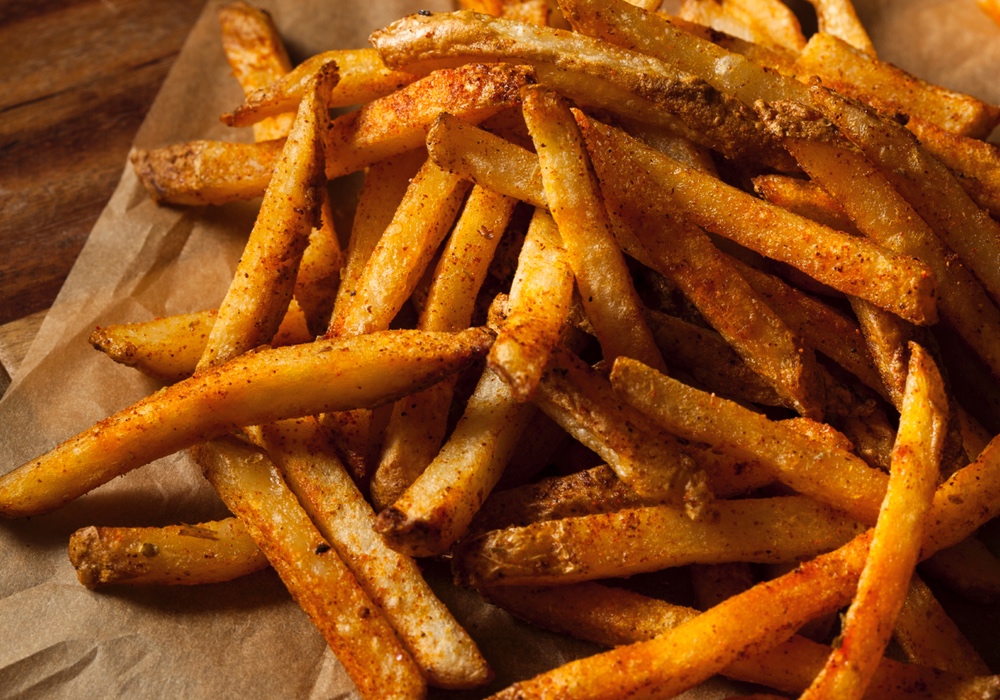 Beth Fontenot, MS, RD, LDN
Potatoes can be good for you, but they can also send you to an early grave. How you cook them is what counts.

Potatoes are inherently healthy. They're full of fiber, vitamins and minerals. That's the good news. The bad news is that eating fried potatoes, by far the most common way they are eaten, more than doubles your risk of dying early.

Each year the average American eats about 117 pounds of potatoes, according to a study of North Americans' potato-eating habits. And even though most people know fried potatoes aren’t exactly health food, about two-thirds of the potatoes eaten in the U.S. are in the form of French fries, potato chips, or some other frozen or processed potato product.

People who ate fried potatoes frequently, two to three times a week or more, had over twice the chance of dying compared to those who didn’t eat fried potatoes.

However, the scientific data to support the idea that fried potatoes aren’t healthy have been limited. A study led by Nicola Veronese of the University of Padova in Italy looked at the amount of potatoes eaten by 4,400 people between the ages of 45 and 79 over eight years and compared it to their risk of dying.
ADVERTISEMENT
Study members were divided into groups based on how often they ate potatoes each week. Over the course of the study, 236 people died. Researchers found that the people who ate fried potatoes frequently, two to three times a week or more, had over twice the chance of dying compared to those who didn’t eat fried potatoes.

The exact meaning of these findings is tricky since the study was an observational one in which researchers tracked the eating habits of a group of people and found a relationship between two things — eating fried potatoes and early death. But the researchers came up with some possible explanations for the clear relationship.

Eating more fried potatoes may have raised the risk of chronic diseases like obesity, diabetes and hypertension, which are also risk factors for cardiovascular disease. It could also be that people who frequently ate fried potatoes often ate them with processed red meat, salty foods and sugary beverages that also increased their risk of death.

Fried potatoes typically contain a large amount of fat, particularly trans fat, and added salt, both of which of are linked to an increased risk of cardiovascular disease. Trans fat raises “bad” cholesterol in the blood, and salt has been implicated in high blood pressure.

Potatoes are a natural and healthy food. At around 110 calories, a medium potato is a good source of vitamins such as C, B6, niacin and pantothenic acid, and minerals like potassium, phosphorus and manganese. The nearly five grams of fiber help to meet the recommended 25 to 30 grams of fiber you should eat each day.

ADVERTISEMENT
So it’s not the potato, but the way that it’s prepared that is the problem for your health. Potatoes that are not fried, like mashed potatoes, potato salad, boiled and baked potatoes were not linked to a higher risk of death.

More research is needed to draw firm conclusions about the health risks stemming from fried potatoes, chronic disease and death; but based on this study, most of us should be cutting back on our fried potato habit.

The Dietary Guidelines for Americans recommend eating three to five servings of vegetables a day. A potato can count toward that daily goal, but French fries and other fried potatoes…not so much.

RELATED STORIES
Slow Food For The Heart
Southern Food: Good, But Not Good For You
Deep-Fried Diabetes
LATEST NEWS