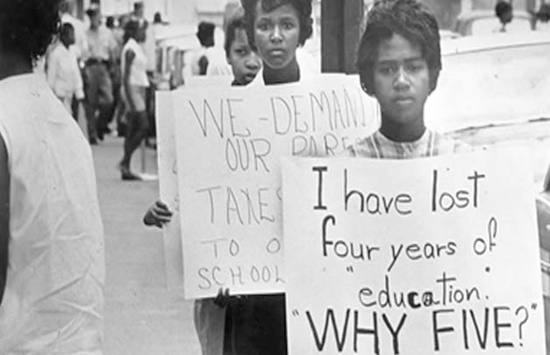 For decades “separate but equal” was used to justify separate schools for whites and blacks. Segregationists had claimed that as long as the schools were of equal quality, they were not violating the fourteenth amendment's equal protection clause.
ADVERTISEMENT

As the Supreme Court declared in Brown, “separate educational facilities are inherently unequal.”