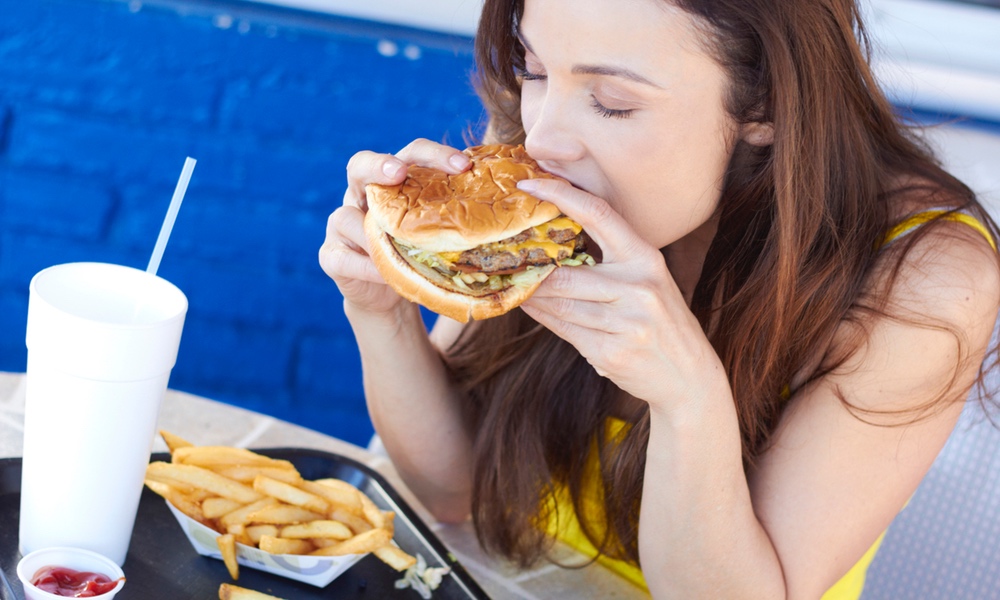 Nudges Can Make a Difference

Beth Fontenot, MS, RD, LDN
We often know what we should do to be healthier, but we don't always do it. That's when a well-crafted nudge can help.

We often know the ways we can improve our diets, but sometimes we need a nudge to do what we know is right. Nudging is an actual concept in behavioral science and marketing. It refers to deliberately manipulating how choices are presented to consumers in order to influence what consumers choose.

Nudging people to change their eating habits can reduce the number of calories they eat, and it seems to work best when it comes to moderating unhealthy eating behaviors.

A nudge doesn’t use economic incentive — money — and it still preserves a person’s freedom of choice. To encourage healthy eating choices, cognitive nudges offer information like calorie counts and trust that a person will make better decisions.
ADVERTISEMENT
Affective — emotion-based — nudges can influence people's feelings without changing their knowledge. For example, promoting the taste of a food, without mentioning how healthy it is, could encourage someone to incorporate it into their cooking. Behavioral nudges, like putting less food on a person’s plate or using smaller plates to reduce portion size, can change a person’s behavior without changing what they think or want.

Seven types of nudges, classified as either cognitive, affective or behavioral, were identified in a study that looked at nearly 300 published results of 96 real-life experiments in food science, nutrition, health economics, marketing and psychology. The idea was to see which types of nudges improved health most — which resulted in people eating fewer calories.

The effectiveness of each type of nudge was measured, and the results translated into potential reductions in calorie intake. Some nudges were found to work better than others.

Nudge experiments were found to be more successful at reducing unhealthy eating than increasing healthy eating or decreasing total eating.

ADVERTISEMENT
“Just changing the amount of food on a plate or the location of the food — without necessarily educating people about nutrition content or convincing them that they should eat healthily — is the most effective intervention because you don't need to rely on changing people's beliefs or their goals,” said researcher, Pierre Chandon, a professor of marketing at INSEAD. “There is tremendous potential to help people to eat better.”

Changes in the way products are displayed in grocery stores, the size of plates, cups or reducing cafeteria food portions can make an even bigger difference.

Food companies, grocery stores, restaurants and cafeterias could create value for themselves and help people eat better by using nudges. People probably won’t even know they are eating healthier, so it’s a win-win for everyone.

The study is published in Marketing Science.

RELATED STORIES
How Do You Deal With Setbacks?
The Size Of An Order of Fries
Kids Eat Better When...
LATEST NEWS